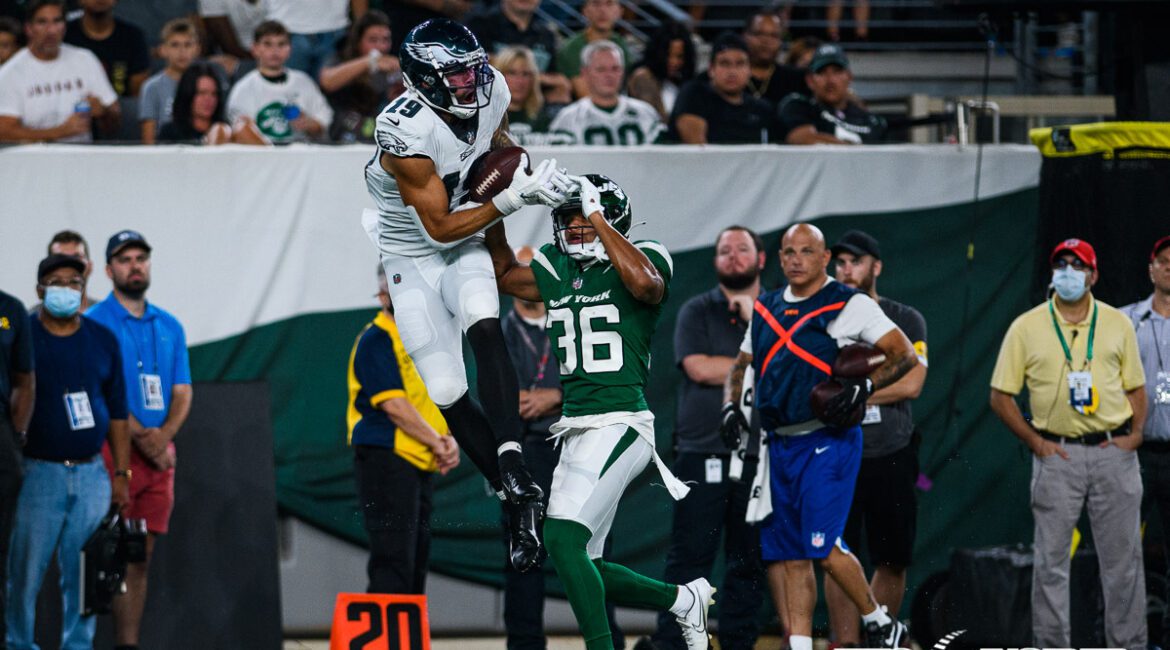 Early in camp, Bless Austin was a core part of the Jets’ defense. Austin was consistently getting first-team reps, across from second-year cornerback Bryce Hall, and was seemingly separating himself from the rest of the positional group. As mentioned in an earlier article on August 12, Robert Saleh said Austin had “a dog’s mentality” and Defensive Coordinator Jeff Ulbrich said Austin was “long, strong, aggressive and tough.” The staff, at that point, was very high on Austin’s play and mentality.

Yet, Austin’s play began to slip over the next few weeks of camp. Combined with the fact that the Jets had a number of young players at the position, headlined by Brandin Echols, Jason Pinnock, Isaiah Dunn that led the Jets to make the decision to release Austin. The NFL is a tough business, and for a team coming off an abysmal 2-14 record the year prior, the Jets need to see what young players can stick at important positions. As a result, the team opted to see what they have in their young and inexperienced cornerbacks.

The decision to release Austin was not an easy one according to Joe Douglas. Douglas said Austin is “a standup guy and a hell of a competitor.” Ultimately, Douglas said that Austin’s release was a combination of what they have on the roster and giving Austin an opportunity to play elsewhere. “Instead of asking Bless to take a reduced role, we’re going to give these young guys an opportunity and out of respect to (Austin), give him an opportunity to find a larger role with another team,” Douglas said.

Regarding the young corners on the roster, Saleh said he wants to wait to name an official starter opposite Hall. “We’re good waiting until the last minute. We kind of have an idea where it’s going to go but at the same time, with that corner spot, it’s about confidence, it’s about being in a rhythm and all that stuff, and so just giving those guys a chance to compete,” Saleh said. Saleh also explained how these young corners have had an impact on how the coaching staff viewed the defense. “When we were looking at it, those young guys, they have such tremendous value and there’s so much growth they can experience. They all have potential to be high-end starters in this league,” said Saleh.

Outside of starter Bryce Hall, the core group of Echols, Guidry, Pinnock, Dunn, and Carter II did enough during camp to warrant a full season of development. While Javelin Guidry and Michael Carter II are competing for the nickel job, Pinnock, Dunn, and Echols have been competing for the second outside corner position. Echols has showcased the most out of the three, displaying high-level athleticism during multiple defensive drills and game action.

While Echols is the leader for the outside position over both Pinnock and Dunn, it is reasonable to expect all three to see the field in some significant capacity. The group is mostly made up of late-round draft picks or UDFAs, so this will be a group that takes lumps during the season. Yet, Douglas has confidence in both the players themselves and the defensive coaching staff for the upcoming year. “I know they’re getting the best coaching they could possibly get from Coach Saleh, from Brick (Jeff Ulbrich), from TO (Tony Oden), so I have a lot of confidence in this secondary. They’re all wired the right way, there are high-level competitors in that room and I think you guys are going to see that as the season progresses,” Douglas said.

For a team focusing on the growth and development of their young players this season, it made sense why the Jets chose to roll with their youth at cornerback. Bless Austin was not a fit for the team anymore, and him being a known commodity was blocking the rookies the team brought in over the offseason. While the young corners will certainly hit bumps in the road this season, the Jets are committed to them regardless of the outcome. Failure will come with the territory of playing so many rookies, but if Saleh and Douglas are correct in their observations, the Jets may have some exciting pieces to work with in the secondary going forward.