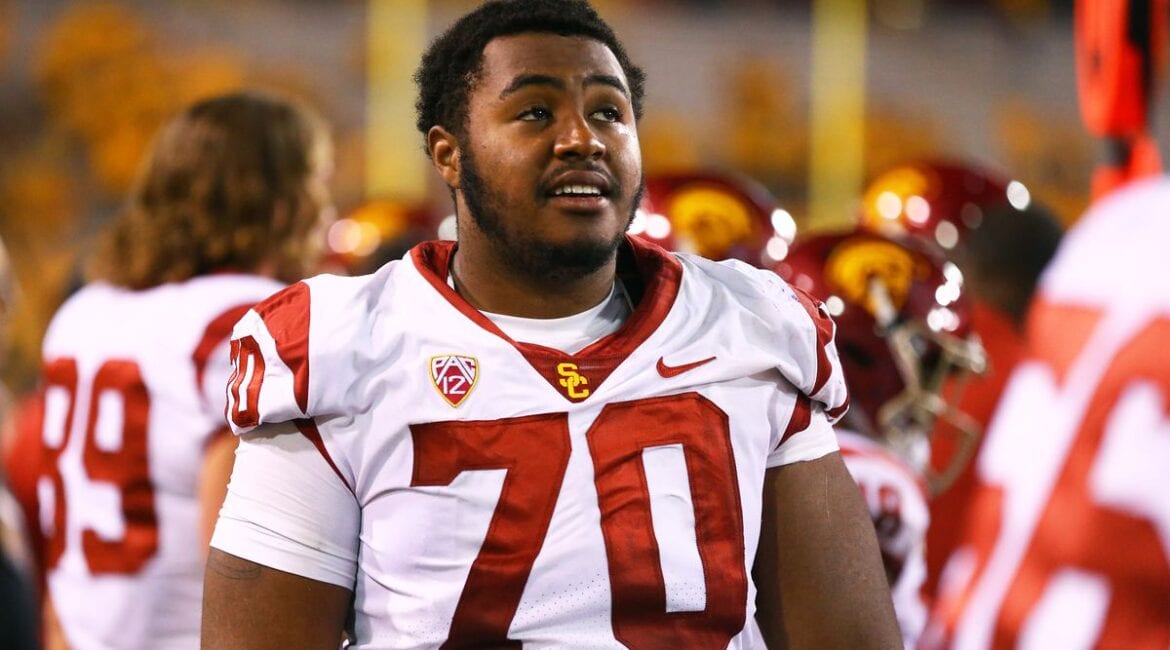 Edoga is a very talented and skilled player but was knocked by a lot of scouts for his work ethic and many question his love of football, but the Jets had a bit of the inside scoop on the 21-year-old tackle as he played with Sam Darnold at USC.

At 6’3″, 308 lbs, Edoga played right tackle at USC, starting two games his freshman year, nine games as a sophomore, 12 games as a junior (missed two games with an ankle injury) and started in all 12 games his senior year when he was named to the second-team all-conference team in the Pac-12.

Edoga is an athletic tackle with long arms and quick feet, he has a natural bend, excellent flexibility and can get to the second level quickly to block effectively downfield. He’s a much better run blocker than pass protector at this stage of his career, but if he adds some strength and power Offensive Line Coach, Frank Pollack, can coach him up and work to improve his technique.

This pick might have been a little early, but the Jets absolutely needed to upgrade the offensive line in this draft (Sam Darnold needs to be protected at all costs) and after going defense with their first two picks Maccagnan wisely decided to address the position with a player with high upside. Edoga has the ability and potential to play left tackle, but he could also start at guard possibly as early as this season. With both tackles contracts expiring after the season and having injury concerns Edoga could also be a swing guard/tackle, jumbo tackle and backup as he develops into a full-time NFL tackle ready to take over for either Beachum or Shell.