Jets Embarrassed in 23-3 Loss to Browns 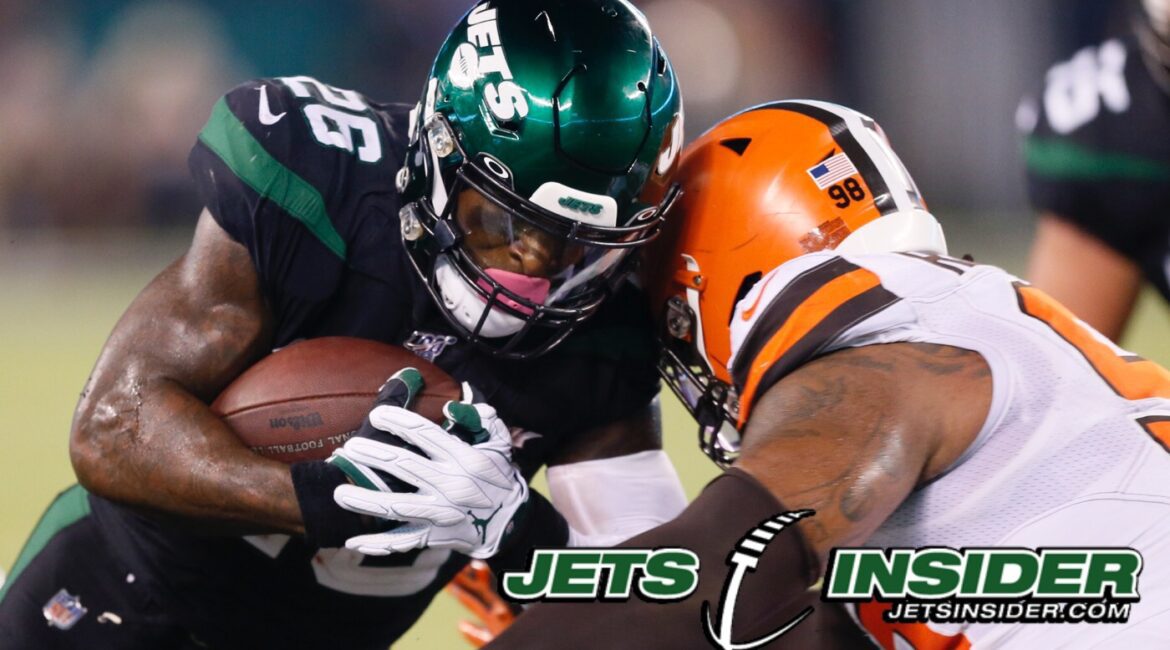 East Rutherford, NJ – A quarterback out with mono, a starting receiver out for the season with a neck injury, the best defensive player on the team couldn’t play and the starting offensive line is disaster. All of this is to say that everyone knew the Jets had the odds stacked against them on Monday night and yet everything was even worse than we imagined.

When a team has to resort to starting Trevor Siemian at quarterback in week two it’s hard to envision a way that team can win against even a decent team. When that team has as many holes as this Jets team, as many other injuries that they’re dealing with (Avery Williamson, Quinnen Williams and Jordan Jenkins left early in this game) it’s damn near impossible. And yet, all of that isn’t a good enough excuse for the putrid performance put up by the Jets.

We are only two weeks into Adam Gase’s tenure as the head coach and we all have to admit Gase has been dealt a two-seven off-suit to start the season, but we also have to admit that he has played that, admittedly, poor hand terribly.

The offensive line is a mess, it’s been a mess for years thanks to Mike Maccagnan refusing to spend high draft picks on the line then turning around and spend a ton of money on mediocre, at best, offensive linemen. But Gase’s job is to make do with what he has and the way he allowed Myles Garrett to continually abuse Kelvin Beachum without helping Beachum destroyed any chance the offense had of getting anything going.

“We had some schemes to do that (give Beachum some help),” Gase said. “It just got to the point where we were trying to get the ball out quick. We weren’t really doing anything to hold onto the ball that long. Some of those third downs… I mean, you have to get guys out. One of our best players is a running back. That’s a problem (if you want to chip).”

The point about if Bell stays in to chip then they don’t have him as a playmaker is a good one, until you remember all the two running backs sets Gase ran all throughout training camp. Put Ty Montgomery back there, let him chip and send Bell out to make a play. The tight ends certainly aren’t making an impact catching the ball, how about having them lined up to double Garrett more?

The offense actually played better when Luke Falk came in after Siemian’s injury but he had no real chance to do anything with the way this offensive line performed. This isn’t just a bad game for this line either, this is who they are. This is who they were always going to be. This entire starting unit is going to need to be replaced during the offseason because you simply can’t beat decent teams with a unit this poor.

“When we look at it, we’re going to have to look at all of our guys and see who is doing their job and who is not,” Gase said. “Do we have to move pieces around? Do we have to change things up?”

The answer to that question is a resounding, yes. An emphatic, hell yes. A strident, goddamn right.

The Jets finished the game with 169 pass yards and 109 of those yards came in the fourth quarter, after the game was already out of hand. At the end of the first half the Jets had negative 13 passing yards, the defense actually played what should’ve been good enough and aside from two big throws from Baker Mayfield to Odell Beckham the Browns offense looked incredibly pedestrian themselves. But it was far from good enough because this offense was as inept as inept gets.

And next week the Jets travel to New England….

If Favre Was Chad Wed Be Killing The Guy,Wake Up Call For The Sanchez Apologist,The Morning After Report 7,Could The Jets Trade Down In The First Round,Week One Observations,Jets Ink Qb Brunell To Two Year Deal,New York Jets Sign Ryan Kalil Bolster Offensive Line,Watch Jets Keep Slim Playoff Dream Alive With Win Over Chiefs,Jamal Adams Comments On Cte Were Simply About Passion,Attacking Peyton Manning