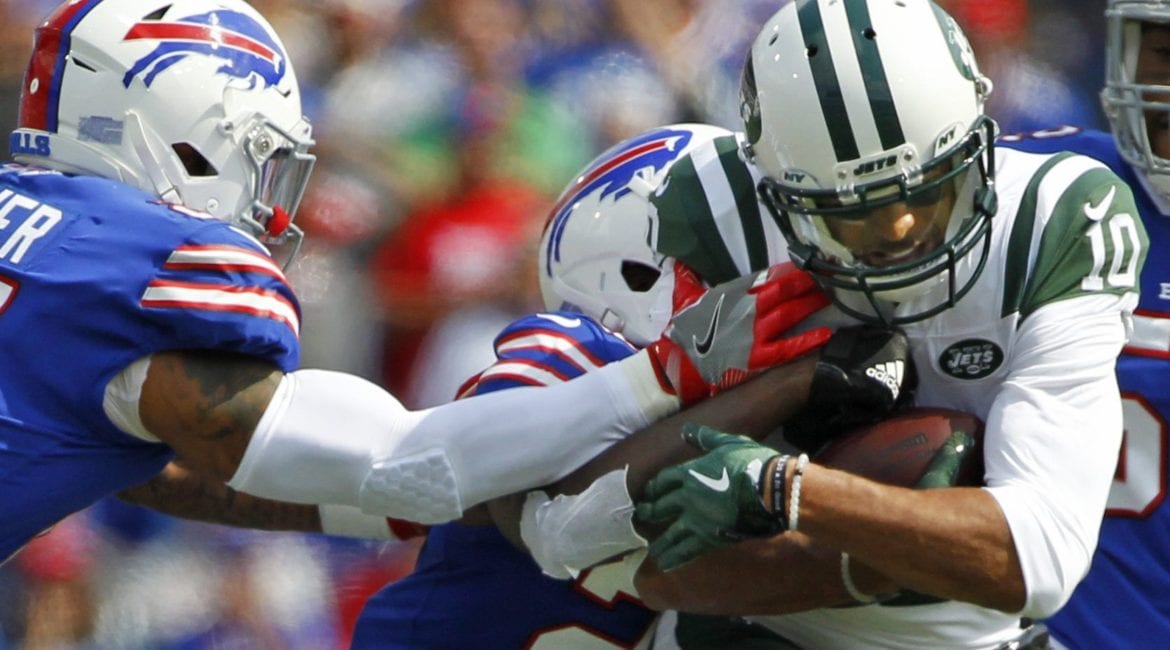 The New York Jets struggled to move the ball offensively like most people expected. The group had only 214 total yards and accumulated only 11 first downs. Josh McCown was the main culprit for the offense’s struggles, as he completed 26 of 39 passes for 187 yards and two interceptions. He did score on a quarterback sneak in the third quarter.

This was McCown’s eighth straight loss as a starting Quarterback. He is now 1-17 in his last 18 starts. After the game, Head Coach Todd Bowles shifted blame away from McCown.

Both team’s defenses looked stellar in the first quarter as both offenses struggled to get in the end zone. The Bills were able to strike first three minutes into the second quarter when Tyrod Taylor connected with Charles Clay. The Bills never trailed in the game.

With two minutes left in the third quarter, McCown’s sneak made the score 14-12 after the Jets failed on a two-point conversion. The Bills then responded with a nine play, 80-yard drive that was capped off by Mike Tolbert’s one yard TD run.

The Bills established their will all game long. Buffalo had 190 yards rushing thanks to the three-headed monster of LeSean McCoy, Mike Tolbert and Tyrod Taylor. In comparison, the Jets duo of Matt Forte and Bilal Powell combined for only 38 yards rushing. Todd Bowles highlighted both as problems at the end of the game.

“We can’t run the ball or stop the run then we are going to have a problem.”

The victory for Buffalo was the first for their new head coach Sean McDermott. McDermott was the Carolina Panther’s defensive coordinator last season before taking the job in Buffalo.

With the loss, the Jets fall to 0-1 on the young season. They play the Oakland Raiders next week at 4:05pm.

Its A Wonderful Season Nah You Know What Its Just Kind Of Weird,Jets Closing On Deal For Slot Wr Jamison Crowder,Jets To Honor Lone Championship,Jets 2 3 Vs Dolphins 0 4 Preview,Injury Report Clements Questionable,Jets Players Get Charitable With Free Time,Injury Report Next Man Up,Game Preview Jets 0 1 Vs 49Ers 0 1,Toppling Titantic Tennessee Much In Jenkins Hands,Woody Addresses The Media