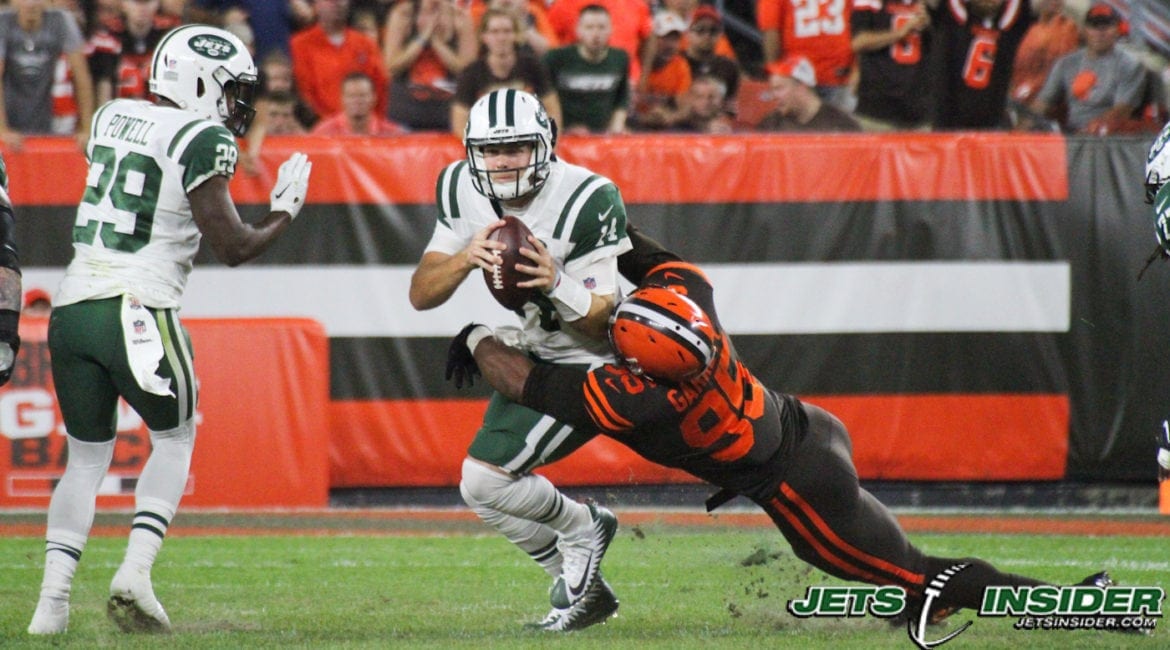 Cleveland, Ohio- In the battle of two perennial losers, the Cleveland Browns came back from a lackluster first half to win 21-17. The Browns win ends the fourth longest winless streak in NFL history– it’s the first time the Browns have won a game in 635 days. The beer fridges in Cleveland will finally open. Dilly dilly Ohioans.

Baker Mayfield, the quarterback that was associated with the Jets throughout most of the pre-draft process, replaced an injured Tyrod Taylor just before halftime while down 14-0. He looked the part of the first overall pick, outplaying his draft peer Sam Darnold. While Taylor finished the night an abysmal 4-14 for 19 yards, Mayfield came in and saw immediate results, driving the Browns down to the Jets 27-yard-line just before halftime and put three points on the board. Mayfield went 17-23 for 201 yards on the night. Carlos Hyde also had a big game, rushing for 98 yards on 23 carries and two touchdowns.

On the other side of the field, Sam Darnold struggled, throwing two interceptions. One was an absolute soul-crusher shortly after he converted a tough fourth down on a frozen rope to Jermaine Kearse. On the play, he saw the tight coverage, faked a pass towards it, and then the pressure was in his face. Darnold threw it to where he had faked it, and there was no space between the already diving defenders and Jermaine Kearse. The Jets ended up getting another shot after some tough defensive play, but there was not enough time on the clock, and Darnold ultimately ended up throwing his second interception.

The Jets defense played inconsistently. At times, they looked like they have the ability to be one of the best defenses in football. Other times one might wonder when someone is going to do anything at all. Besides Avery Williamson, everyone was guilty. Leonard Williams was caged tonight. Trumaine Johnson did not look like a $72 million dollar cornerback. Morris Claiborne looked totally outmatched on a fourth-round draft pick. Doug Middleton dropped an interception in the end zone. Darron Lee was unable to shed blockers. They didn’t force a single turnover, while the Jets turned it over three times. The defense looked stellar in the first half, and recorded four sacks this evening.

The first quarter was a mess for the Jets offense, and the offensive line was losing the line battle on just about every play. Despite that, the offense went with its original game plan and continued running the football. When the offense did throw the ball, the plays they ran were screen passes. Run on first down, screen on second down, followed by a third and long. That was the rhythm the Jets had the first quarter. Darnold faced third-and-10 or longer seven times. Browns defensive coordinator, Gregg Williams, always seemed one step ahead, and it made for tough sledding for Darnold.

Kevin Pierre-Louis came through with a big blocked punt that seemed to deflate the Browns defense, who were forced to come back on the field after having just stopped the Jets, and now in worse field position. The Jets converted four plays later on a seven-yard scamper from former Brown Isaiah Crowell. All of a sudden the screen passes that hadn’t worked all game suddenly began resulting in big gains, and the Jets offense appeared to be on its feet, and scored another touchdown on a beautiful five minute, ten play drive.

The Jets kept that momentum until Baker Mayfield entered the game. Rejuvenated, Mayfield led the Browns offense in a two-minute drill and got three points before the half. After that, the Jets never had an answer for the rookie. He threw with such velocity that one ball even hit Jarvis Landry in the chest after travelling through his hands, and the Middleton dropped interception went about 20 yards into the stands after it careened off his shoulder pad.

This Browns team seems destined to flip the script for the losing franchise of all losing franchises. The Jets largely played well, but the Browns played better. They had a close loss and a tie to very good teams in recent weeks. The better team won this evening. Mayfield wins the initial battle of the 2018 draft quarterbacks, but this will not be the last time they face each other.

The Jets play again next Sunday at Jacksonville at 1:00 p.m. It may get ugly. After that the Jets have a three game homestand vs. the Broncos, Colts, and Vikings.