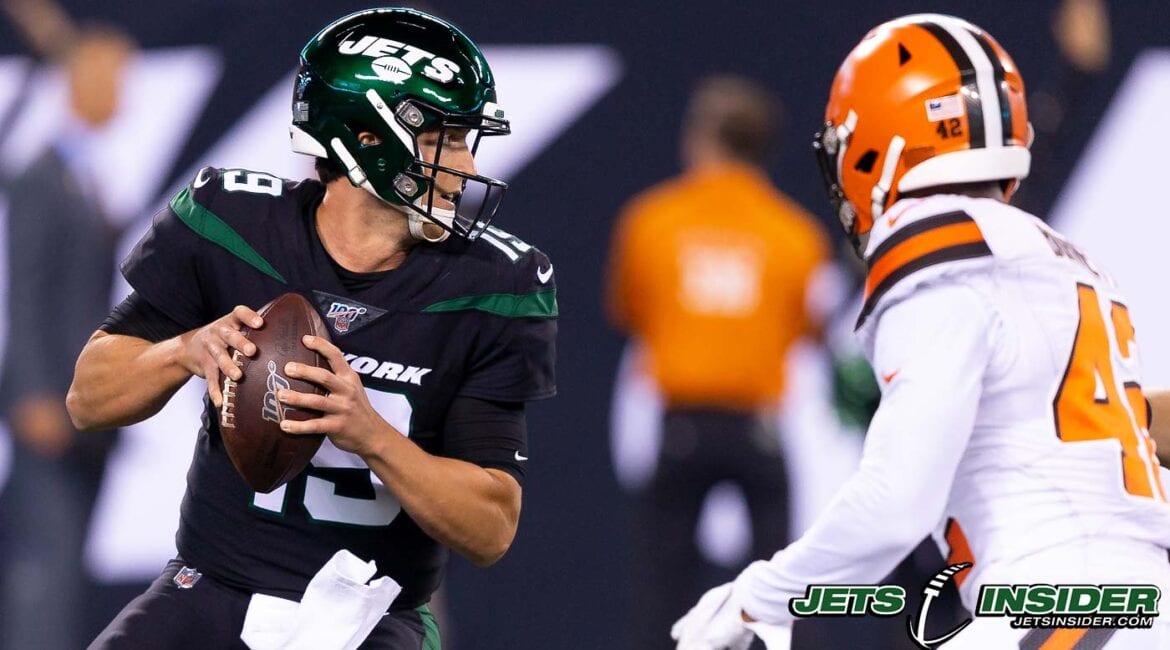 Florham Park, NJ – We are only two weeks into the season and the Jets are already onto their third starting quarterback and the signing of a fourth.

After a gruesome looking injury Trevor Siemian heads to IR and will be done for the season. Luke Falk will be the starter (barring injury) until Sam Darnold returns, but the Jets have added quarterback David Fales as a backup.

“With the situation that we are in, we needed someone that can come in here and if something happened, can go in the game and knows what we’re doing,” Adam Gase said on the decision to bring in a quarterback that has familiarity with his system. “To where it doesn’t become just five plays (the backup can run) against New England. You now, that would be fun (heavy on the sarcasm).”

Fales was drafted by the Bears in the sixth-round of the 2014 draft, Gase was the offensive coordinator in Chicago in 2015, spent his first three years in Chicago before rejoining Gase in Miami for the past two years. Fales played in one game with the Bears in 2016 (only attempted five passes and completing two of them for a total of 22 yards) and two games with the Dolphins in 2017 (Faces went 29-43 for a total of 265 yards with one touchdown and one interception).

With no time to get a different quarterback completely up to speed with Gase’s offense he really had no other choice than to sign a quarterback that knows his system. With the way the Jets lucky has been going you certainly can’t rule out the possibility of Falk being injured and if that happens it’s better to have someone that knows the offense.

“We needed someone that could come in, he’s really familiar with our system, he’s smart, he’s been in it three years now so, he’s somebody that I’ve had him play in a game before,” Gase said. “So, I kind of know how he operates (and) it’s a good for for us.”