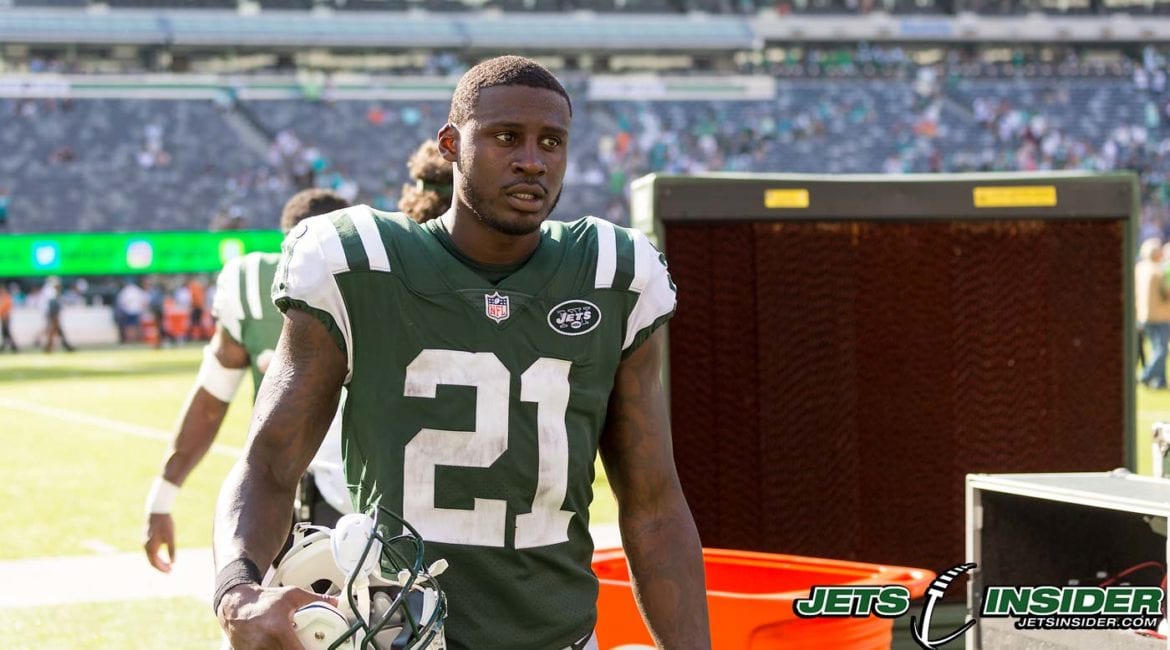 New York Jets Training Camp is less than two weeks away. With preseason football around the corner, training camp will be the last resort to give Jet players a chance to prove they can make a contribution and impact on the team. Gang Green currently holds 11 cornerbacks on the roster. Here is a quick look into those players with predictions on what players make the team and where they will sit in the depth chart.

Claiborne joined the Jets in March of 2017 after the release of Darrelle Revis. His first season in New York was a success as he recorded 36 tackles, his second most in a season since his rookie year in Dallas. He also recorded one interception, and defended eight passes. He served as the starting cornerback during the 2017 season so fans can expect him to be starting again this season. Claiborne signed a one-year contract in March of 2018 to stay with the team.

Skrine will be entering his eighth season in the NFL and fourth with the Jets. Last season, Skrine was named a starting cornerback alongside Morris Claiborne in base packages and served as a nickel cornerback covering the slot in nickel packages. He appeared in 15 games recording 56 tackles, two forced fumbles, nine passes defended, one sack, and one interception (off of Tom Brady). The one downside to his game is that Skrine committed 13 penalties in the 2017 which is something he needs to work on going forward. Overall, fans can expect Skrine to return as a nickel cornerback and be third on the depth chart.

Johnson joined the Jets this off-season, signing a five-year, $72.5 million contract in free agency. He has played the last six seasons for the Rams and at the age of 28, brings plenty of experience to the team. Last season in Los Angeles, Johnson recorded 57 tackles, two interceptions, one forced fumble which he recovered, and defended 14 passes. The Rams had one of the best defenses in the NFL last season and adding a solid corner to the Jets squad can really propel the defense by helping younger members learn and develop. This signing by GM Mike Maccagnan was one of his best and it will be exciting to see the impact Johnson has on the defense. He brings additional leadership in the locker room since he was a defensive captain for the Rams in 2017. Johnson is likely going to be a starting cornerback playing alongside Claiborne this season.

Nickerson was drafted by the Jets in April with the 179th pick in the sixth-round. He played for Tulane University for five seasons and appeared in 46 games. He finished his college career with 154 tackles, 16 interceptions, three forced fumbles, four fumble recoveries which included one returned for a touchdown. Scouts have praised his athletic ability and ball skills but think he should be a nickel cornerback due to his lack of size. Despite being drafted in the sixth-round, Nickerson seems to show some promise and could be a valuable part of this defense in the future.

The Jets acquired Robinson last October from the San Francisco 49ers after injuries to Morris Claiborne, Buster Skrine, and Xavier Coleman. In San Francisco, Robinson started in seven out of eight games. Once joining New York, he started one game and appeared in six making only two tackles. Robinson’s downside is that he is known for taking penalties (10 penalties last season). Additionally, he has had off the field issues since his college days at LSU. Most recently in January, Robinson was arrested on possession of candy that was laced with marijuana. While it is a plus that he does have starting experience, he has not been impressive in six games. If he makes the squad, it will be back in a depth role. At the same time, if the Jets need room for players at other positions, Robinson seems like the first member of the cornerback corps that would be cut. Expect him to be cut if any off the field issues arise.

Roberts will be entering his third season with the Jets and has been growing and getting better with each passing season. In 2017, he improved on his 2016 totals after appearing in 15 games, starting in four, and registering 37 tackles, eight defended passes, and one interception. He is proving to be a reliable depth cornerback and should be able to make the cut for the 2018 season.

Like Darryl Roberts, Burris – who is 24 – is also entering his his third season in the NFL. Burris played in 14 games last season and started in one. He made 19 tackles, had two passes defended, one forced fumble, and one interception during the first game of the season against the Buffalo Bills in the end zone. Burris could return at a depth position but like Robinson, he could be another potential cut if the Jets need to release players to fill other positions.

Sinkfield is an interesting story. Sinkfield went undrafted in the 2013 NFL Draft and during the 2013 off- season signed with Miami Dolphins, Green Bay Packers, Buffalo Bills, and New York Giants. Each team ended up releasing him and he would then spend the next three years in the CFL as a wide receiver and a returner on special teams. In 2017, Sinkfield signed a contract with the Minnesota Vikings but held a position in the secondary, not wide receiver. Minnesota waived him in September of 2017 and the Jets signed him to their practice squad. In January, New York signed him to a reserve/future contract which means that for the 2018 season he is essentially promised a roster spot. With little to no experience at the cornerback position, it is safe to assume that his main responsibility will be as a return man on special teams. In four years of playing in the CFL, Sinkfield was a returner for both punts and kickoffs. He averaged 14.2 yards in punt returns and 22.4 yards in kickoffs.

Jones made three appearances in the 2017 season but recorded no stats. During his time in college, he played both wide receiver and cornerback but preferred playing in the secondary. He will be entering his second season in the NFL at the age of 23 and will likely be at the end of the depth chart or relegated to the team’s practice squad.

Clark made one appearance during the 2017 season against the Patriots in week 17. He missed a majority of last season due to an ACL injury he suffered in college in the prior season. He has great size, standing at 6’3 and weighing 220 pounds.  In addition, he has a terrific arm length that can attack passing lanes. After playing only one game all season, he can be expected to be signed to the practice squad where he can continue to develop his skills since he is only 24.

Coleman was a member of the Jets practice squad last season and did not appear in any games. After he was promoted to the team roster, he suffered a season-ending injury in October.  Scouts have nothing but praise for his abilities, sighting his intelligence on the field, great communication skills, and his ball tracking skills. He is still young at the age of 23, so like Clark, expect him to be on the practice squad next season. Coleman seems like he couldbe a solid addition to the team in the future and could crack a starting role if a starting cornerback gets injured.