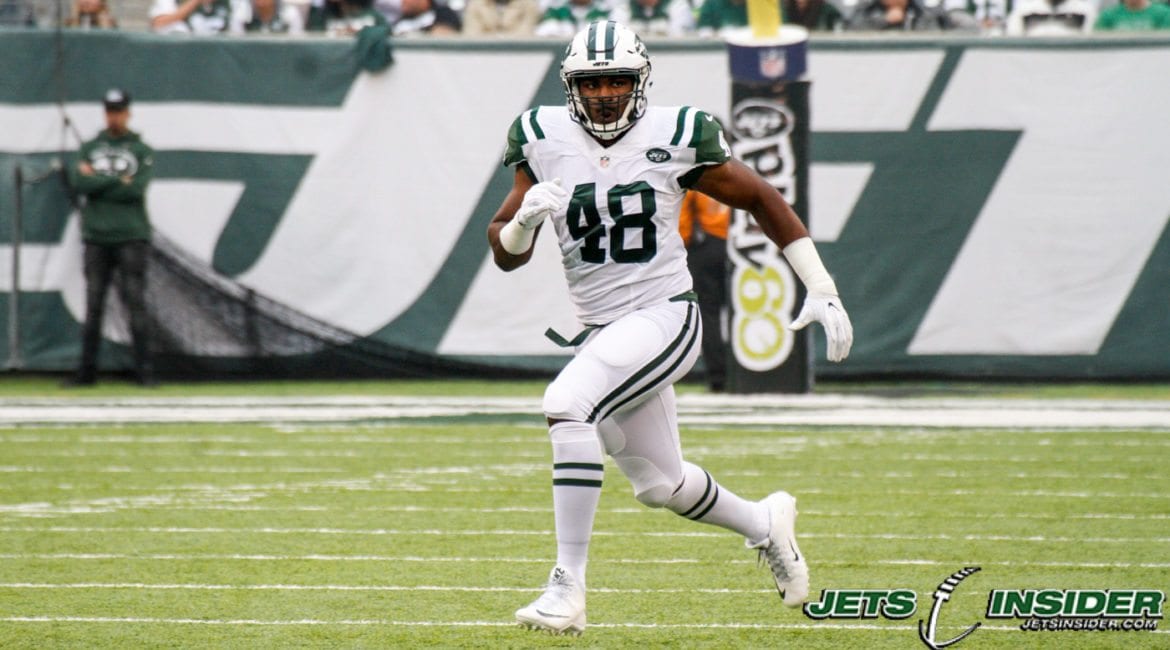 The Jets defense dominated the Buffalo Bills last week – sacking Tyrod Taylor seven times, hitting him 11 times and recovering three fumbles – on their way to a 34-21 victory. Demario Davis, Darron Lee, Muhammad Wilkerson, Jamal Adams, Marcus Maye and others all contributed to the domination, but it was Jordan Jenkins who claimed the title of AFC defensive player of the week.

The second-year linebacker out of Georgia has been solid but not spectacular for most of his Jets career, but last Thursday night he was absolutely spectacular. Jenkins got the defense started when Taylor turned to hit a bootleg on the opening drive only to see Jenkins already in his face ready to greet him with a sack. Jenkins finished the game with two sacks, two tackles for a loss and a forced fumble.

With everything clicking for the Jets defense it would take a lot to standout among his teammates, but Jenkins did exactly that and his effort was recognized with this award. Obviously Jenkins deserves credit for his play and this award, but the most encouraging part about this for Jets fans has to be that this young, talented defense is starting to click and grow before our eyes. Davis has played the best football of his career this season, Lee has had by far the best three game stretch of his young career, Wilkerson has started to look like his old Pro-Bowl caliber self lately and Adams and Maye continue to show Mike Maccagnan wasn’t so crazy to spend his first two draft picks on safeties.