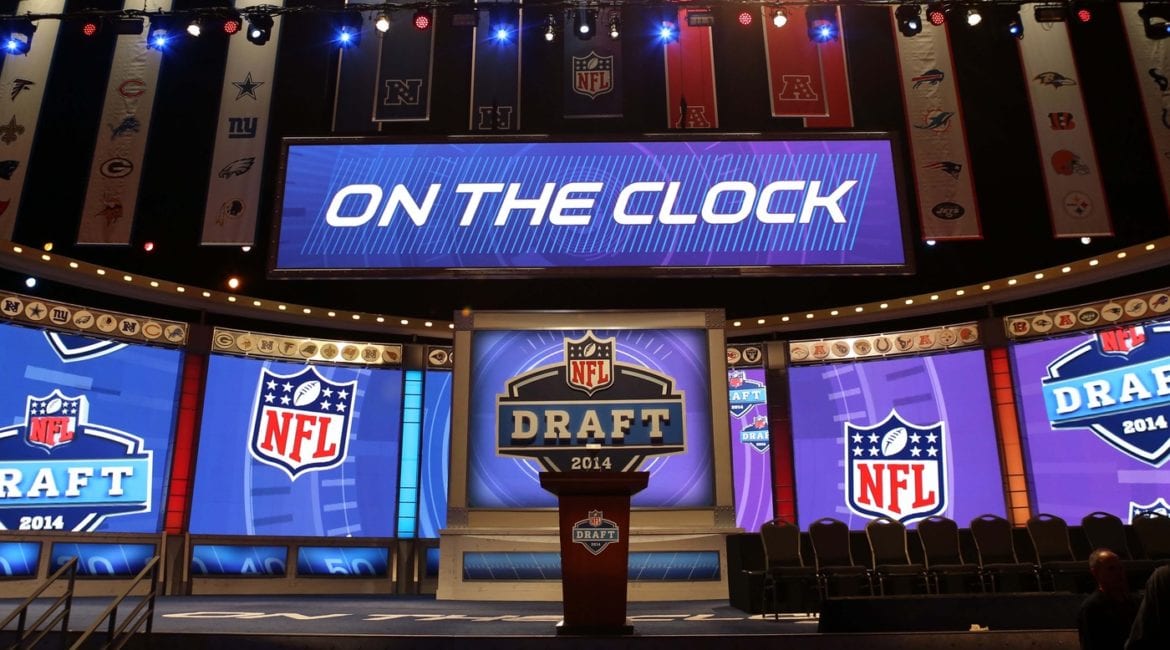 “With the sixth pick in the 2017 NFL Draft, the New York Jets select…”

At that point, every Jets fan will be sitting on the edge of their seat, waiting to hear Roger Goodell announce the name of the guy who will be the Jets’ first pick of 2017, the name that could very well be the future of the franchise, assuming they don’t trade their pick away.

At least, that’s what goes through the minds of Gang Green Nation every draft. The last several years have been particularly good for the Jets, drafting young talent such as Muhammad Wilkerson, Leonard Williams, Calvin Pryor, and Sheldon Richardson. But Jets fans can’t forget that not every draft has been as great.

For the fourth time in franchise history, the Jets will have the sixth pick. The most recent sixth pick was used to draft Williams, but he’s the only highlight of the Jets selection at number six. The other three were DT Carl Barzilauskas (1974), who only played five years in the NFL, QB Richard Todd (1976), who threw more interceptions (161) than touchdowns (124) in his career, and DE Vernon Ghloston. Keep in mind, those are only the players selected sixth overall by the Jets. We haven’t even discussed the “Sanchize” Mark Sanchez, Dee Milliner, or Blair Thomas.

So what does this mean? Should New York just give up on drafting players? Not necessarily. What I am saying is maybe we shouldn’t put so much hope into the first couple of rounds in the NFL draft. If anything, the first round has produced a lot of busts over the last few years. Look at guys like Tim Tebow, Sam Bradford, Robert Griffin III, and Johnny Manziel. Yeah, these guys are all quarterbacks, but they all didn’t have great careers in the NFL.

Instead what we should do, as Jets fans, is watch the NFL Draft longer than the second or third round. A lot of great talent have come out of the later rounds of the draft (rounds 4 through 7). For example, Bilal Powell was the fourth-round draft pick for the Jets in the 2011 NFL Draft. While he has to share time in the backfield with Matt Forte, Powell had one of his best seasons in 2016 with 722 yards on 131 attempts and 388 receiving yards on 58 receptions. He has proven to be a vital tailback for Gang Green. In addition, you also have Quincy Enunwa, who was drafted in the sixth round of the 2014 NFL Draft. Enunwa had a breakout year last season filling in for Eric Decker, recording 58 catches for 857 yards and four touchdowns. Now with Marshall on the Giants, Enunwa is going to be looked to as a top target for Bryce Petty, Christian Hackenberg, or Josh McCown.

So you see Gang Green Nation, there is as much talent in the later rounds of the NFL Draft as there is in the first three rounds. A franchise’s fortune doesn’t always turn around with a first-round selection. Sometimes a team finds a diamond in the rough later on. Besides, it’s clear to Jets nation that the team is in rebuilding mode, so now is the opportunity to draft some young talent and develop them. That way, when Tom Brady finally decides to hang up the cleats for good, the Jets can easily take the top spot in the AFC East.