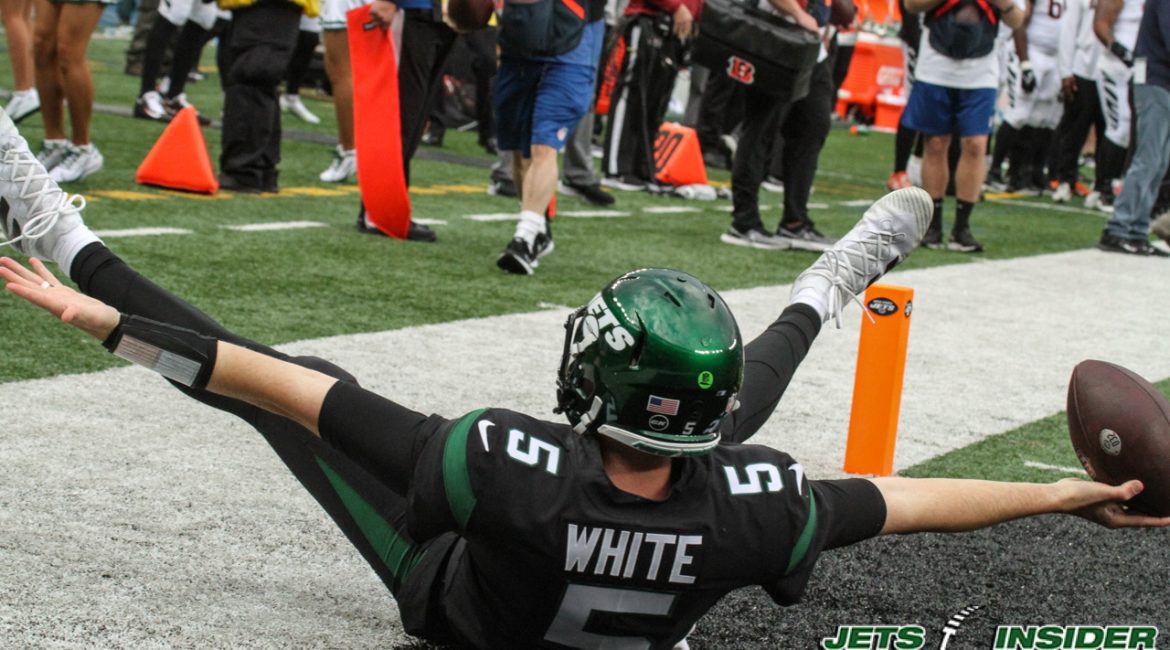 What a difference a week can make. After being manhandled in every facet of the game in their 54-13 loss to New England, the Jets rebounded with a 34-31 victory against the Cincinnati Bengals. The defense played much better than the previous week, only allowing 33 yards to Joe Mixon while limiting Joe Burrow to under 300 yards passing. The return of both C.J Mosley and Jarrad Davis was huge for the defense, as the duo combined for over 10 tackles and consistently had the defense lined up correctly.

On the offensive side, Micheal Carter had a breakout performance through there air and on the ground. The rookie back had 77 yards rushing and a touchdown while adding 95 yards on nine receptions. Ty Johnson, Jamison Crowder, and Elijah Moore all had good showings as well, while Denzel Mims and Keelan Cole were pancaking defenders in the run game. And to complete the picture, rookie Alijah Vera-Tucker led the offensive line to their best performance of the year to date.

But even with so many Jets players contributing to the offensive effort, the best performance was the duo of Mike LaFluer and Mike White. In the coaches’ box for the first time this season, LaFluer executed his best gameplay so far. He drew up consistent touches for his playmakers, utilized the quick passing game and screen passes, and incorporated trick plays in high-leverage situations. Overall, LaFluer tweaked his gameplay to be more aggressive and rely on the passing game.

Mike White’s performance tied in directly to the game-plan LaFluer called on Sunday. Utilizing the short-passing game and taking whatever Cincinnati gave him on defense, White threw for 405 yards and three touchdowns. He even added a two point conversion catch on the Jets own version of the Philly Special. White was quick and consistent with his delivery. He was decisive and executed the play calls in the manner LaFluer envisioned them.

It all culminated in the Jets best passing performance in over two decades, as White was the first Jets’ 400 yard passer since Vinny Testaverde in 2000. To put that in perspective, I was not alive the last time the Jets threw for that much yardage, which is something that is stunning and terrifying at the same time.

“He came out comfortable and poised. He drove the ball right down the field and scored that touchdown,” said Robert Saleh. “Mike White was really good at just taking what the defense gave. The defense gave space underneath and he gave it to his playmakers, and they went and made plays.”

White added to Saleh’s comments, explaining that the emphasis on the short-passing attack was based on what the defense was aligned in. “They play a lot of zone and they don’t like to let guys get behind them…I think we did a great job of taking what they gave us and executing the play calls and executing the plan that (Mike) LaFleur drew up for us. And I think with this offense, you’ve got to execute within the offense and stay in those third and manageables and first down, second down, third down, and that’s what the result can be,” said White.

Before White’s incredible performance, everyone’s expectation was that he would simply be a fill-in until Zach Wilson recovered. But with White’s impressive debut Saleh said that anything is possible regarding the Jets quarterback situation.

“Anything is possible. It goes back to the theory of, the difference between Player A and Player Z is an opportunity and reps. That’s what this league is. That’s professional sports. They come out of nowhere when someone gets an opportunity,” Saleh said. “What Mike does with his opportunity…he has the world in front of him. He has to take advantage.”

If White can put together another strong performance for the Jets with a quick turnaround versus the Colts Thursday, he will give the Jets a quarterback controversy between himself and Wilson. It is a problem the Jets may have never envisioned, as White’s continued good play would show that the team has two quarterbacks they could rely on to run their offense. The Jets need to roll with the quarterback who allows their offense to operate in the highest capacity possible. If that happens to be White, then the Jets may have found their own diamond-in-the rough quarterback.