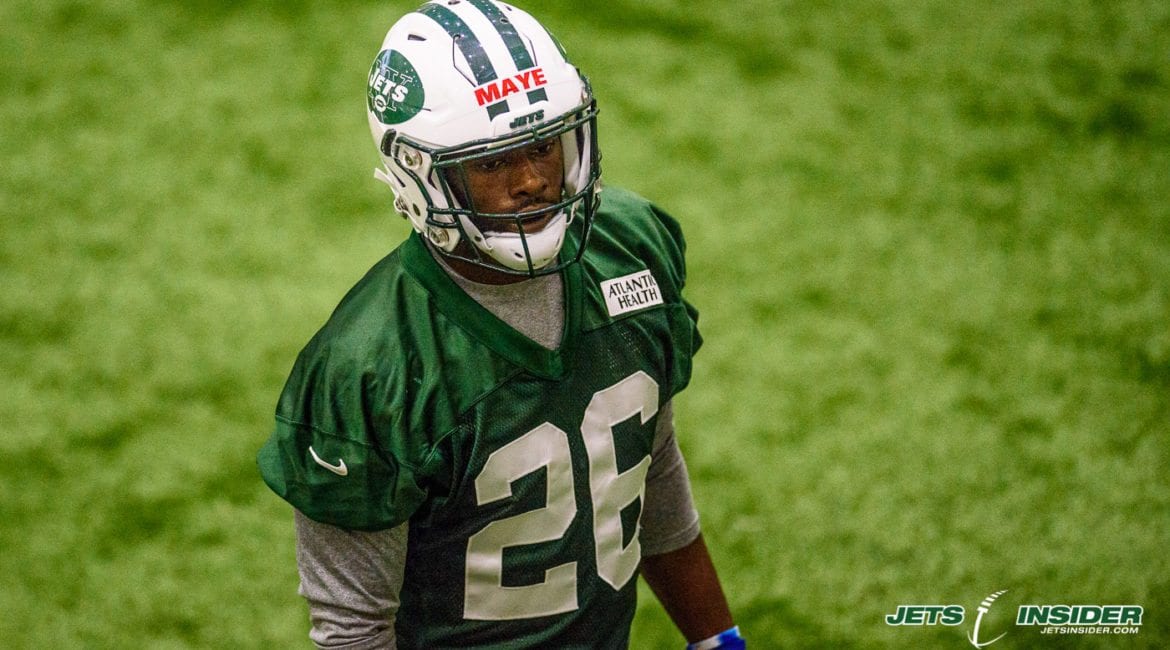 Through over a decade of covering Jets training camp, the most common theme has been the defense dominating. And in many of those years the defense wasn’t actually any good. Today, the normalcy set in on one of the first plays of the day.

Frank Gore took a handoff from Sam Darnold and before he could even begin to lift his plant foot, Quinnen Williams buried his shoulder into Gore’s chest and dropped him for a two-yard-loss. Williams launched himself off the line and split right through Connor McGovern and Alex Lewis. Shortly after that, Bradley McDougald delivered a crushing hit on Jamison Crowder on a short slant and the defense just continued to dominate the day.

Connor McGovern is a definite upgrade at center, Mekhi Becton will almost certainly become an upgrade but for him to be a consistent upgrade may take some time. When Becton gets to the second level he can absolutely obliterate any defenders that get in his way but he still needs to improve his technique at and behind the line of scrimmage.

Alex Lewis is the only returning starter and he’s just okay. The other two spots, filled by George Fant and Greg Van Roten are at best a wash from what the Jets had last year. Two upgrades can go a long way to improving an offensive line, but it feels like people are putting a bit too much on the shoulders of McGovern and a rookie left tackle.

Oh, hello there. Welcome to the Marcus Maye appreciation club. Pull up a seat, join me and stay awhile.

Since he got drafted Maye’s play was overshadowed by Jamal Adams, but I was constantly trying to remind everyone, ‘hey this Maye guy can play too!’ He’s probably had the best camp of any player on the team, today wasn’t even close to his best day but it was the day the rest of the beat saw what I’ve been seeing.

Maye has been all over the place, day in and day out. He’s making plays in the box, making plays in deep-center, defending receivers and tight ends, and making an impact bursting through the offensive line against the run. Chris Herndon has had an excellent training camp, he’s showing how vital he will be to the Jets success on offense. They need him. So far there has only been one person who has been able to stop him consistently and that person is Marcus Maye.

It wasn’t just the run-stuff of Gore to start the practice, Williams was disruptive the entire day. Maybe it’s the slimmer frame but the way he’s been able to slip through small holes in the offensive line has been a joy to watch. Yesterday Darnold said the offensive line is always talking about how good Williams is and today we all got to see why.

Not a lot of bright spots on the offense today. Darnold looked fine, he wasn’t missing a ton of passes or making a bunch of mistakes. The running backs look quick and fast, also weren’t making mistakes. It was all about the offensive line getting beat. But two players that kept making plays to keep things moving were Herndon and Jamison Crowder.

You’ve probably heard people talking about the possibility of Crowder catching 90 passes this year, you definitely heard it last year but this year they might need those 90 catches from him. Crowder is good after the catch, but today was just a reminder of what a crucial safety-valve Crowder can be for Darnold. Especially is the offensive line isn’t providing enough time for other receivers to get down field. Ditto all of that for Herndon as well.