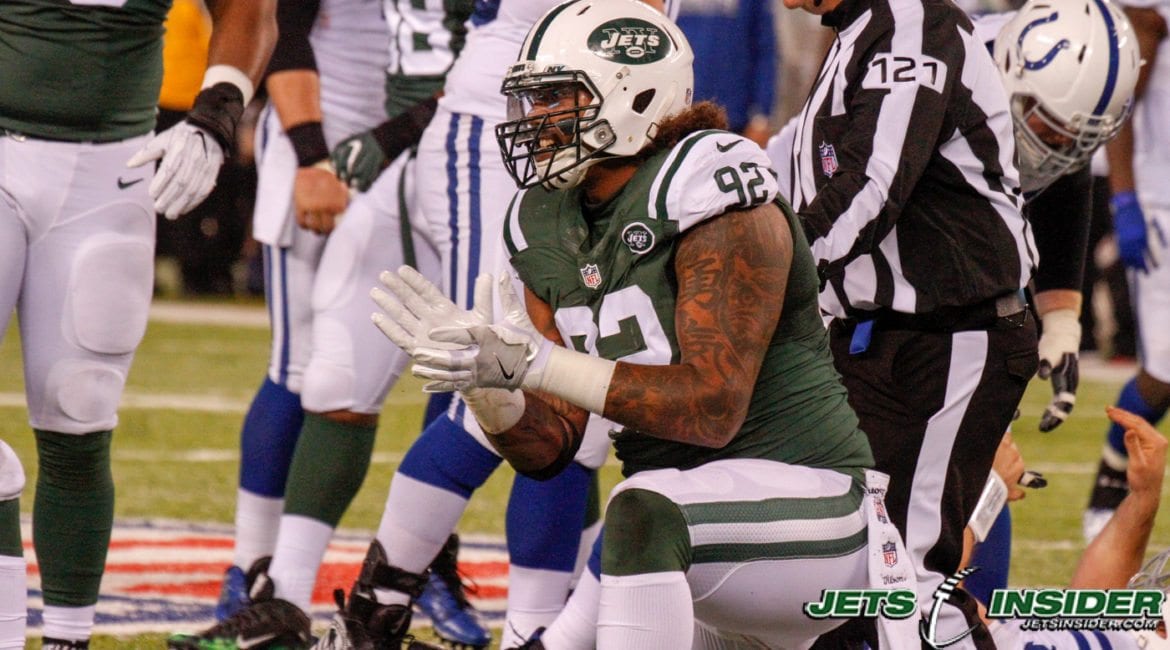 Marco Meglio
Florham Park, NJ – The Jets enter week four with a 1-2 record about to play one of the league’s toughest defenses down in Jacksonville. In the following games after their Monday night explosion on September 10, the Jets struggled against division rival Miami and were taken down in dramatic fashion by the Browns to end their 19 game losing streak. So, Jets fans, is it time to panic or be patient?
The answer is patient. Yes, anytime you lose games that are considered winnable it must be disappointing, but the Jets are not in win now mode. Sam Darnold is still the youngest quarterback in the league. He will undergo growing pains, make mistakes, and throw interceptions. It’s all part of the maturation process that takes time.
Offensive coordinator Jeremy Bates knows the right way Darnold can stay on course, “When he trusts his progressions and reads then he’s most effective.”
On the defensive side of the ball the core is young and full of potential. Jamal Adams has emerged as one of the leagues best safeties, as we all expected him too. His star power, leadership and voice will ring through the Jets practice facility for years to come. In addition to that, he has not been playing with his sidekick for the first three weeks. Marcus Maye, the second-year safety has been sidelined with a foot injury since the end of camp, but it looks like he’s on the verge of returning as he made it back to the practice field earlier this week.
Despite last week’s disappointing loss, the Jets have a real chance to make a statement game in Jacksonville. The Jags are among a handful of teams in the AFC with a legitimate chance to dethrone the Patriots and make it to the Super Bowl. But they do come with flaws. After dismantling the Patriots in week two, the Jags offense looked lackluster against the Titans the very next week. Blake Bortles still has not proven he can be a consistent quarterback, and until he does so, the Jets defense should have multiple opportunities to impact this game.
Through week four the main concerns that need to get addressed are within the trenches. Maybe its time to put a small panic button on just Leonard Williams. The former all-pro lineman has just five tackles and no sacks all season. This comes after a down 2017 season where he recorded only two sacks. He failed to record a single stat in the loss against the Browns. The Jets will need to get pressure on the quarterback if they want any chance to win games, and it starts with Williams setting the tone.
Defensive coordinator Kacy Rodgers isn’t concerned about Williams production so far saying, “This guy has done everything that we have asked. I’m not worried.”
On the other side the offensive line needs to play better. Coming into the season the growing pains for the line were well documented. If they cannot run block, then the Jets become too one dimensional. And if they cannot give Sam enough time then they are asking too much from a rookie quarterback.
Bates won’t change the play calling despite the lack of deep balls over the first few weeks. “We’ll do whatever it takes to win.”
Aside from some of the early problems that have plagued Gang Green in the past two games they are sitting in a fine position.
If the Jets win on Sunday and the Patriots take down the Dolphins in Foxboro, then the Jets would be staring at a 2-2 record while being only one game back of the division lead. Not so bad huh? Jet fans are quick to get angry, and with the lack of recent success it is understandable, but it is not time to hit the panic button just yet.