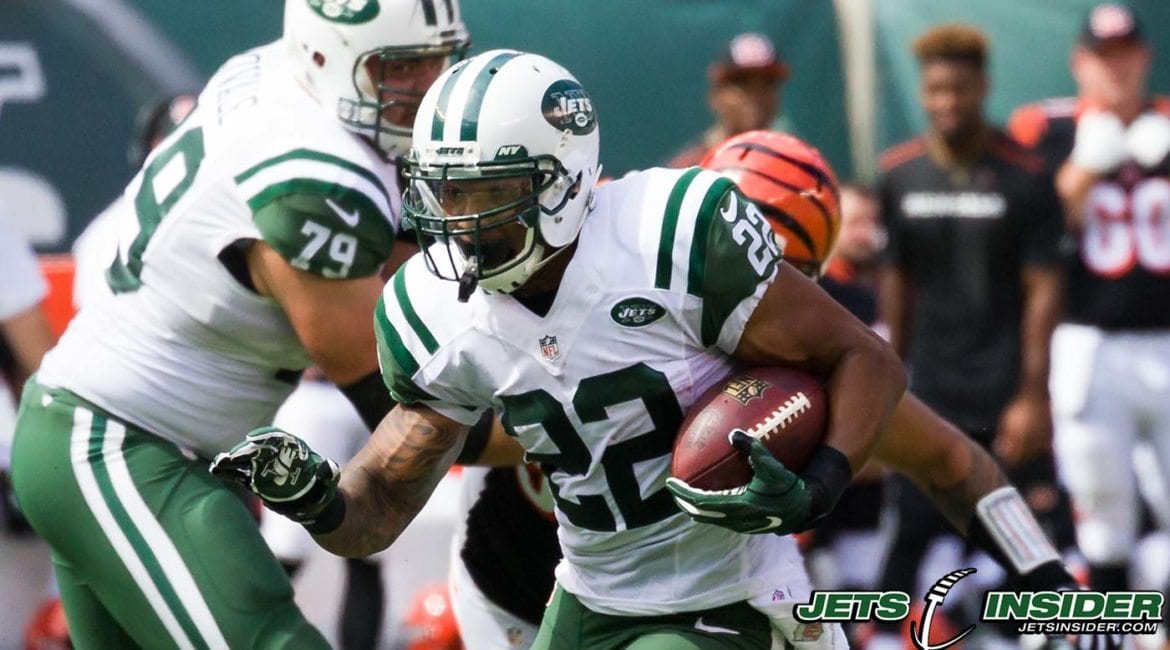 Jets training camp has surrounded with questions regarding different positions. Their starting quarterback, number one wide receiver, and starting tight end for the first two weeks of the season. Despite all these, there’s one thing on Jets fans’ minds that has flown under the radar but is just as important: Matt Forte’s playing status.

Forte has sat out since week 15 last season when he injured his shoulder and had a torn meniscus in his knee. Making $4 million this year and sitting out the first two preseason games, many fans were concerned when head coach Todd Bowles said yesterday that he was “unsure” if Forte would be ready for the season opener. Then number 22 ran out to the practice field and played some reps. Bowles remains cautious with Matt’s return to the field.

“He looked fast. He looks healthier so we’ll see how he’s feeling tomorrow. See what kind of effects he has tonight and go from there.”

Forte, on the other hand, was very excited about his return.

“It felt good to finally get out there. I was able to run around and make plays.”

When asked if he would be ready for Saturday’s matchup against the New York Giants, Matt left no doubt about that game and the first game of the season.

“Yeah, it’s my goal to be playing on Saturday. I don’t know what [Bowles’] plan is, but that’s mine.”

The biggest concern with his return is the chemistry Forte would have with the offensive line.

“You have to gel with the offensive line. You have to know how they block different things and different runs.”

With the uncertainty of the offense at quarterback and receiver, having a veteran like Forte in the backfield will be a relief for the Jets.

Fun tidbit: While Forte was being asked if he could repeat his 4.45 time in the 40-yard dash when he came out of Tulane, Muhammad Wilkerson commented, “more like 4.8”. Forte fired back at Wilkerson, stating, “Muhammad Wilkerson would probably be a 5.0 or six-flat guy.”