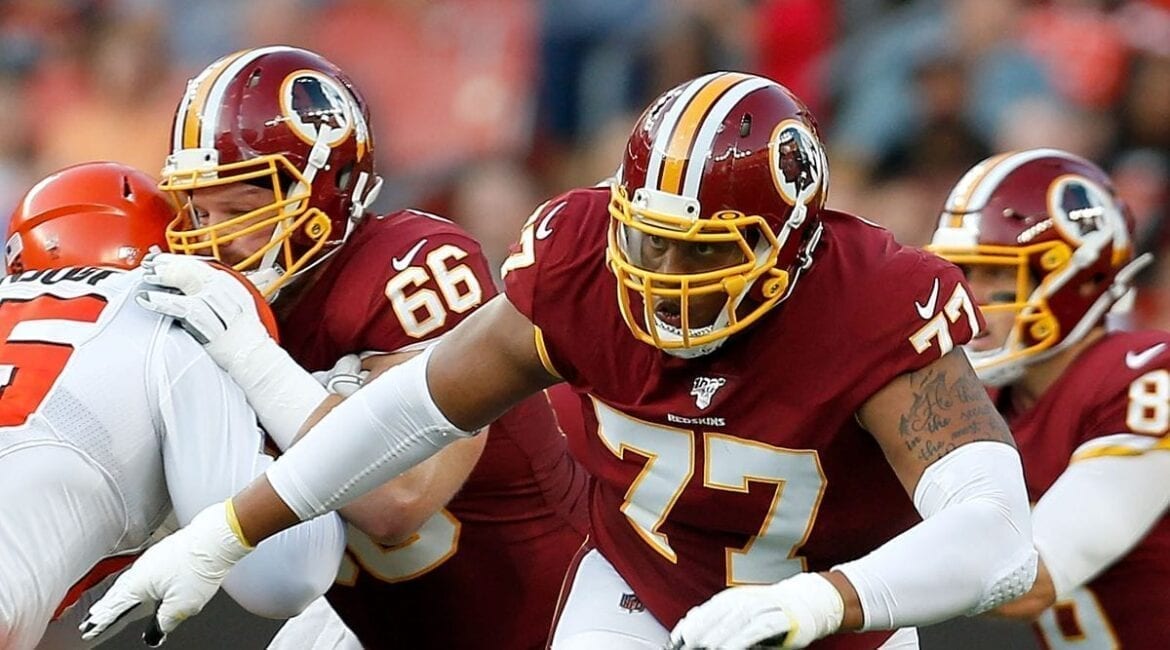 We have already profiled six different interior offensive linemen who could be big difference-makers for the Jets, but there are plenty of other interesting options that could provide value if Joe Douglas and company miss on the first wave.

Who are some of the players on the interior offensive line market that are being overlooked?

Wylie is an exclusive rights free agent, which means it is unlikely he shakes free, but you never know. Only 26 at the start of the season, Wylie has started at both right guard (958 snaps) and left guard (574 snaps) over his two seasons with the Chiefs, although he missed the team’s recent playoff run with a high ankle sprain.

The 95th overall pick (third round) by the Broncos in 2014, Schofield played right tackle over his first three seasons as a starter (two with Denver before joining the Chargers), and then transitioned to right guard in 2018. Since moving over, he has been one of the better guards in pass protection, but has received poor grades in the run game. That is the inverse of how he fared at tackle, when he was considered a strong run blocker and poor pass protector. While not a first-tier option, Schofield would likely be a slight upgrade for the Jets.

Random fact: Schofield started at right tackle in Super Bowl 50, but was tagged with three sacks allowed in the game.

A native of Rockville Center, NY, Van Roten started his first NFL game for the Panthers in 2018, six years after he was signed by the Packers as an undrafted free agent out of Pennsylvania. He spent some time in the Canadian Football League before eventually winning Carolina’s starting job at left guard. While not highly-touted in the ground game, the Long Islander has been sound in protection. He is also clean in the penalty department, committing just four over the past two seasons (2.3 per 1,000 snaps, less than half the position average of 5.1).

Flowers’ struggles with the Giants are well-documented (33 penalties and 174 allowed pressures from 2015-17), but a kick inside to guard proved beneficial for him in Washington. After never playing a single snap at guard in either the regular season or preseason over his first four years in the league, the Redskins named Flowers their starting left guard for Week 1 of 2019. He started all 16 games at the spot and played some decent football in his first professional action at the new position. He was even better once getting more acclimated – from Weeks 11-17 (post-bye week), Flowers earned the 11th-best overall grade out of 59 qualified guards and committed only one penalty. Once considered a bust, Flowers could turn out to be a major steal for some interior-needy team out there.

Shipley’s run blocking has tapered off into his 30s after he was once a good two-way center, but he remains excellent in pass protection. Shipley being the Jets’ Week 1 starter would probably not be ideal (he would be their second consecutive 34-year old starter at the position after Ryan Kalil), but he could be a good security blanket to compete with a Day 2 or early Day 3 draft pick.

Garland took over the center job for San Francisco in Week 14 (making his first start the following week) after Weston Richburg went down. While the regular season numbers shown above are not inspiring, Garland had a fantastic playoff run. In the postseason, Garland posted the second-best overall grade (#2 run, #9 pass) out of 12 qualified centers. He committed no penalties and allowed just two pressures (no sacks) over the three-game stretch. Garland had only played 32 regular season snaps at center prior to 2019, with those six starts being his first at the position in the NFL. He will most likely not be commanding top-dollar, so if a team out there believes his postseason tape shows legitimate promise that he could be a solid starting center, excellent value is there to be had.