JetsInsider.com > News > Blogs > The Jets Must Rely On Zach Wilson to Right the Ship 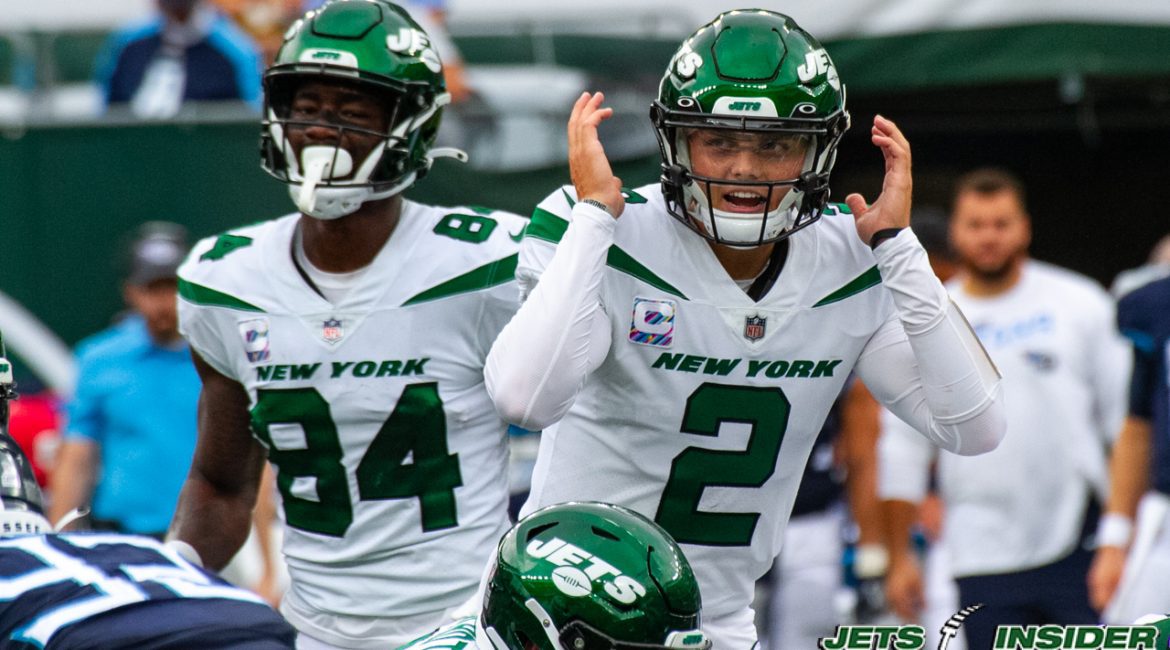 Coming into Week 3 against the Bengals, the Jets had an opportunity to keep up their positive momentum and show that they were ready to take the next step. Their offense, led by an emerging Garrett Wilson, seemed ready to build upon an impressive performance. The defense, despite their previous struggles, was matched up against an opponent that fit their strengths on paper. The Jets’ defensive line had the advantage against the Bengal’s offensive line, setting up a potentially close matchup if they could get after Joe Burrow.

Unfortunately, the Jets had a performance that was all too familiar for those that have followed the team for years. The defense, outside of Quinnen Williams, Sauce Gardner, and D.J Reed, struggled for a large part of the game. Botched tackles by the safeties and a severe lack of pass rush allowed Burrow to carve up the Jet’s defense. On offense, Joe Flacco reverted to his Week 1 form and struggled mightily. His lack of mobility, combined with the massive struggles at the left tackle position, caused the Bengal’s defense to wreak havoc in the backfield. The veteran quarterback threw the ball 53(!!) times for 283 yards and two interceptions, while also losing two fumbles.

Through their first three games of the 2022 NFL season, the Jets have dealt with many issues and struggles. On defense, the pass rush has been non-existent outside of Williams, Rankins, and occasionally Lawson, who has not been as consistent as needed. The safety position, and by extension the entire secondary, is a mess in terms of communication.

On offense, the unit has had its struggles too. As mentioned before, Joe Flacco has been a statue in the pocket and has too many turnover-worthy plays. He has also missed many wide-open receivers on plays he should not be. The offensive line, due to the number of injuries and shuffling of players, has been inconsistent and even just plain bad in some areas.

Even though the players are responsible for their fair share of the struggles, the coaching staff is not blameless in the Jets’ 1-2 start. While the offensive play calling has been slightly inconsistent, receivers have been open most of the time and LaFleur has been hamstrung by Flacco’s limitations.

Most of the coaching staff blame is on the defensive side, as the team ranks 32nd in defensive DVOA. For a head coach that was known for his defensive scheme, this is flat-out unacceptable in his second year. Whether it is the communication issues on the backend or the peculiar, “hockey” style rotations on the defensive line, this is a staff that needs to make changes immediately to get things on the right track.

In a press conference this week, Saleh spoke about the team’s miscommunications and struggles on the back end of their defense.

“No, you know what, all 32 teams, there’s going to be six or seven miscommunications a game. It is what it is and there are a lot of different things happening. We’ve been unlucky on two occasions. It’s throughout all 32 teams, now players feel things and that’s what D.J. is feeling like. What he’s feeling is there are four new faces in the back end and the communication is not at the level we need in terms of the way we talk to one another on the field. And to be honest with you, that’s going to get better and better as the weeks go by with regards to them understanding how they’re going to play things, just being in the meeting rooms and talking through certain route concepts,” said Saleh.

Despite what Saleh says, a defense filled with veterans on the backend should not be having close to 7 miscommunications a game. It is something that needs to be cleaned up and adjusted for this Jets team to stay in games.

With many questions surrounding the team, the Jets are getting a vital piece of their present and future back for Week 4. Quarterback Zach Wilson, who up to this point missed with a knee injury sustained in the preseason, is making his return to the field. Wilson’s return marks the beginning of the most important stretch of games for both him and this current Jets regime.

Whether it is fair or not, Wilson will be relied upon to take pressure off of the defense and help the offense function to its full capacity. His mobility, in and out of the pocket, and arm strength should allow LaFleur to open up the play-action game. Wilson, using his aforementioned athletic traits, should be able to find the open receivers down the field that Joe Flacco has not.

If the Wilson-led offense can capitalize on their opportunities, that should, in theory, make the job of the Jets defense easier. They will be relying on the second-year quarterback to keep the pressure on the opposing team by creating close games where the Jets are competitive.

Wilson spoke about his mindset in returning to game action and making his regular-season debut.

“In my mind right now, it’s, ‘I’m going to give this everything I have. I’m going to have fun with it.’ Let the result take care of itself. If I go out there and I play my game, I do what I’m supposed, I have that short-term memory after plays and move on, I think things are going to go well.”

The outlook for the Jets is not as bright as it was even one week ago, but that can all change if the team’s potential franchise quarterback can play well. Good performances from Wilson can help mask the other deficiencies the Jets have while helping the job security of Saleh and Douglas moving forward. If Wilson keeps the Jets in games and looks good throughout the season, the attitude around the team will be mainly positive, even if the record does not display it. Questions will still be had about the defense if they struggle, but in this case, they will not matter more than the Jets having their quarterback for the future.

The opposite scenario, in which Wilson falters, will create a much worse situation. An underachieving Wilson, combined with continued bad defensive play calling and performance, will only make the pressure heavier for Saleh and Douglas. Calls for their jobs will begin in this case and would be warranted to varying extents.

Essentially, the Jets need Zach Wilson to help right the ship by playing average to above-average football. Is this fair for a second-year player who did not even have a full offseason to prepare? The reality of the situation, though, is that the Jets have been lacking in play at that quarterback and have had massive struggles on defense. Saleh needs to right the ship for the defense, but it will be Wilson who is relied upon to help fix the offensive deficiencies and help cover up other holes on the team.

This Jets regime under Douglas and Saleh is entering the Danger Zone, considering their upcoming schedule after this week and previous performances. How Wilson performs and how the defense adjusts will be vital in the future job security of everyone involved.

Buckle up, folks. It’s most likely going to be a wild ride.

Check out the JetsInsider Video Channel