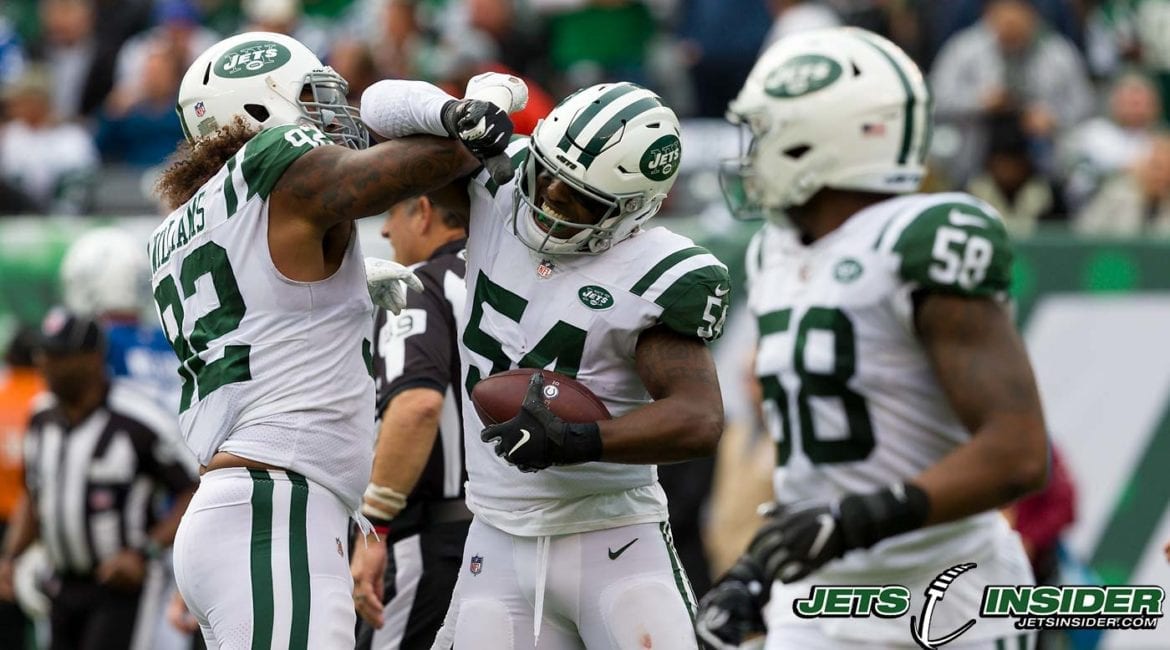 Once again, the defense won the day. But it was much closer than it was last practice and there were a number of promising moments from the offense. The offensive line still had their struggles, but they managed to hold up enough for the offense to find some success. It’s Saturday and I got NBA playoffs to watch, so let’s get into it.

Darnold tried to hit Breshad Perriman in the back, right corner of the end zone but Bless Austin had perfect coverage. He slid underneath Perriman, went up to attack the ball mid-air and came away with the interception. The throw was fine, the problem was Perriman just let it happen. He put up absolutely no fight and allowed Austin the opportunity to make a great play. But if Perriman had just thrown his arm up the pass most likely becomes a harmless incomplete pass.

The good news comes when all of us reporters turned to each other and asked, “that’s his first pick so far, right?” Confirmed, it was indeed Darnold’s first pick of camp and it remained his only pick so far after practice ended. Darnold had another strong day outside of the pick, we’ll save the details for the next observation but I still say I’m not worried about the quarterback this season, I’m worried about almost everything around him.

Fans have been asking a lot about Lawrence Cager, the 6’5″ 220-pound undrafted receiver from Georgia. But there simply hasn’t been much to say. Until today. Cager made two separate jumping touchdown catches. He used his large frame to box out the defenders, jump up and attack the ball and secure the touchdown. It was the first glimpses that there might be something there. He’s going to have to build on that and have more days like today. But with this receiving core the opportunity is still there for him.

Chris Herndon continues to show that this offense needs him, desperately. He made a couple of plays to keep the chains moving, but it was the touchdown that I want to talk about. Darnold threw the ball towards the sideline in the back of the end zone. It was a little out in front of Herndon but safely where only Herndon could catch it. And catch it he did. Herndon extended his arms, snatched the ball and was able to secure the pass before hitting a double-toe-tap and falling to the ground.

You’ve likely heard other reporters talking about Trevon Wesco this camp, but I’ve stayed quiet. Not because I didn’t think he’s had a solid camp so far, but because I wanted to see him string a bunch of them together. Today might have been his best day yet and he has been stringing them together. He’s bulked up but still moves really well. He’s certainly not going to push Herndon for playing time, but the Jets look like they might have really solid depth there.

The single biggest reason why the defense won the day? Bless Austin. He had the interception on Darnold and also broke up another pass in the end zone. Austin locked down whoever they put in front of him. He didn’t let up for a single play. He’s been stacking good days on top of each other and seems to be getting better by the day.

Avery Williamson, Ryan Griffin and Daniel Brown all returned to practice today. Williamson’s return should stabilize the middle of the defense. Griffin and Brown return to stock the tight end depth. Denzel Mims is not quite ready to return, but he’s getting closer. Expect to see him sometime this week.