Today’s Observations: Zach and Elijah Put On a Show 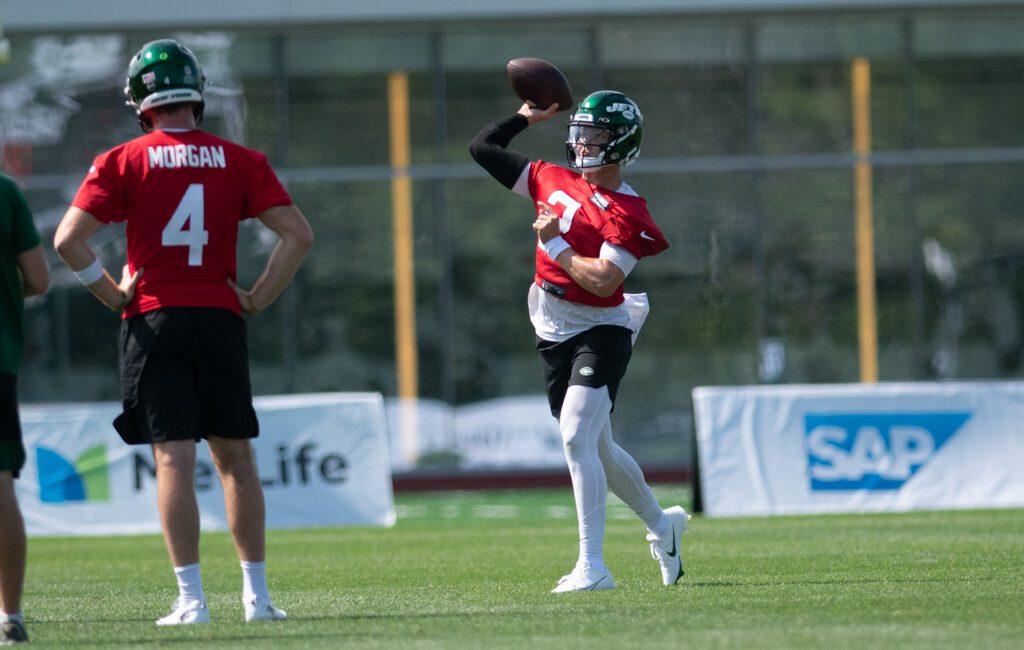 Anyone that said yesterday’s practice meant that Zach Wilson was a bust must now say today’s practice means he’s going to Canton. They are both equally absurd takes. But at least strive to be consistently absurd.

Wilson struggled yesterday. Everything was just a touch slow and a touch late. Today he was dealing from start to finish. Fans were able to attend today’s practice and good luck convincing any of them that Wilson won’t be elite. He was that good today. The first highlight throw of the day was to Keelan Cole. Wilson rifled a dart to the sidelines, against tight coverage and Cole showed off incredibly strong fingertips as he reeled in the pass. Next up was Elijah Moore. Wilson dropped back, felt pressure from John Franklin-Myers and rolled out before launching the ball 60 yards in the air. Moore was wide open, busting open the coverage and casually strolled into the end zone for an 80 yard touchdown.

Wilson did an excellent job of spreading the ball around today. Corey Davis got a few catches, Cole as well and Wilson got the tight ends involved a lot. But it’s clear that Wilson’s chemistry and trust is on another level with Moore. On one play Moore was faced off against Bryce Hall and torched him with a double move. Hall somehow recovered exceptionally well but couldn’t stop a well placed pass for 20 yards. Moore’s speed continues to jump off the field and smack you in the face. He’s so ridiculously quick and his stop/start speed feels like a human race car. But there’s so much more to him. He’s a clean route runner, with excellent hands. It’s usually wise to stay away from getting carried away talking about a rookies potential. But I’m simply not strong enough to do that with Moore.

Wilson’s arm strength was on full display today. It was the most impressive part of his performance. His movement in the pocket was just a notch below. When he felt pressure, he knew when to roll out and when to climb the pocket. Whichever way he chose, he was able to step into his pass and deliver a laser.

Jason Pinnock showed off his strong hands, extending his arms over his head to pick off a Mike White pass. Carl Lawson continued to be disruptive as hell. And if quarterbacks would stop throwing the ball five-feet over Denzel Mim’s head we’d be talking about his acrobatic catches. But today was about the semi-public debut of the Zach Wilson and Elijah Moore show.