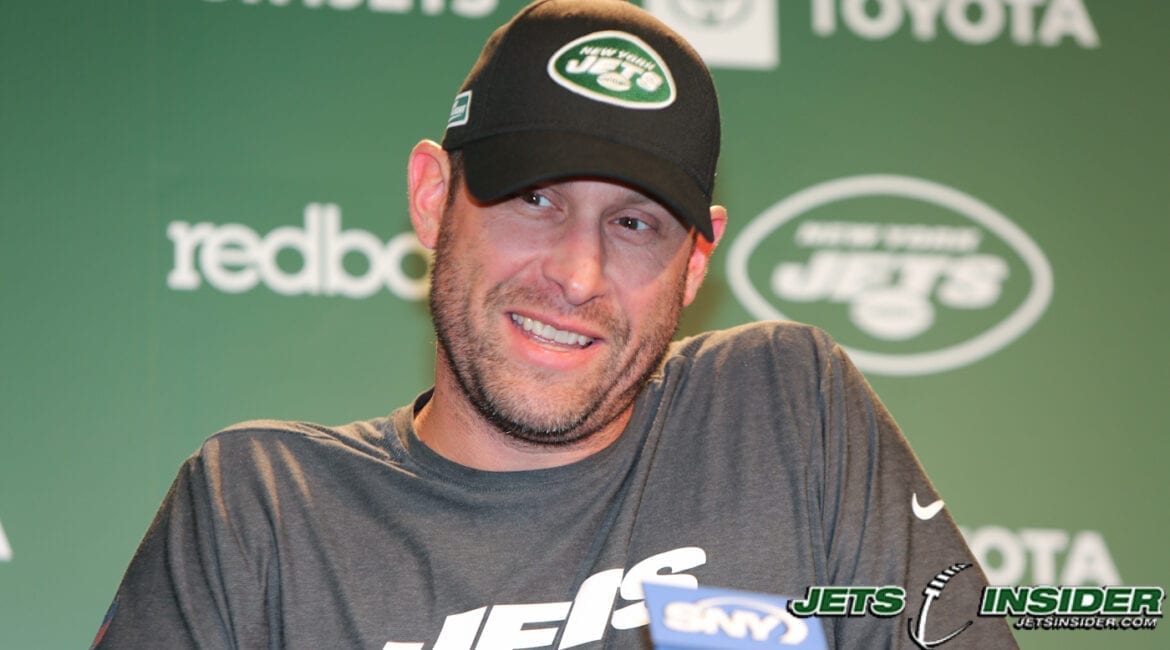 Adam Gase has yet to coach a single game for the New York Jets, but he has already claimed one large victory. Mike Maccagnan has faced numerous defeats, but today he was served with his latest loss as Gase emerges victorious. Both Maccagnan and Brian Heimerdinger (Vice President of Player Personnel) have been exiled from the Jets kingdom and even though many are painting this move as an act of dysfunction, it could end up being the best thing fans could have hoped for.

“Same Old Jets,” and “the circus is back in town,” seem to be the prevailing theme surrounding the Jets right now and admittedly I got caught up in it at first, questioning the timing of the move far more than the move itself, but I’ve had time to think this through, to talk to sources and try to make sense of everything and I must say, this all actually makes a lot of sense. That’s not to say there’s no cause for concern going forward, of course there has to be, but while everyone is slamming Jets owner Christopher Johnson let me be the one to say good on Johnson for recognizing he made a mistake forcing an arranged marriage between incumbent GM and new head coach. Of course it would have been better if Johnson realized it was a mistake at the time, but we can’t rewrite the past so the only thing to be done is to correct the mistake before it grows even more out of control.

Arranged marriages in sports rarely, if ever, work. Not realizing this before now was absolutely a mistake by Johnson, but mistakes can be corrected and forgiven as long as one doesn’t stubbornly continue with the mistake far longer than necessary.

The Gase-Maccagnan marriage was doomed from the start and sources have told JetsInsider that the tension has been building since the start. Disagreements over which players they should go after in free agency began almost as soon as the ink dried on Gase’s contract. According to multiple sources, Gase wasn’t happy about signing Le’Veon Bell (reports are he wasn’t happy about giving Bell that much money, JetsInsider has been told by multiple sources that the money was an added reason why Gase didn’t want Bell but even if the price came down a lot Gase still didn’t want to coach Bell), didn’t think the team should pay C.J. Mosley $43 million fully guaranteed and was not happy that Maccagnan wasn’t interested in signing center Matt Paradis. Then came the draft, which led to more disagreements and ultimately Johnson recognized that this marriage had already become an untenable situation.

This is where Johnson deserves some credit (emphasis on some), feel free to blame him for not realizing this would happen sooner, after all this is exactly what happened with Gase in Miami, but once he realized the full extent of the situation he made the move to fire Maccagnan now. Of course it’s a bad look, it looks high-key dysfunctional, but would it really have been better to keep Maccagnan for the season just to save face? We’ve already seen how well Maccagnan plays the media game, we saw the shots traded back-and-forth through the media between Maccagnan and Bowles last season. Would it be wise to sign up for an entire season of that again? Or are the Jets better off making this move now, going after the guy(s) they want now and ensuring that they can land them?

Johnson held a conference call with reporters today which brings us to yet another edition of never believe anything anyone in a press conference says. Johnson claimed this move had nothing to do with a power struggle, saying, “this had nothing to do with Adam. I want a good give-and-take between our GM and coach. This was not one person or another winning a power struggle. This was completely my decision.”

Johnson said “it was a decision that evolved and took awhile,” he said he started spending more time around the offices so he could observe and take a “deep dive” into the organization as a whole and how everyone worked together and “the more I looked, the more I realized I wanted to move on.” None of this makes any sense, but who cares? Johnson had plenty of time to take a deep dive and observe Maccagnan and Heimerdinger when Todd Bowles was here, but he just so happened to do that after keeping Maccagnan and hiring a new coach and this coincidentally started happening right as the rumors and reports began to surface that Gase and Maccagnan were at odds? No, of course not. This was absolutely about Gase and Maccagnan not working well together, about Gase making a power play and about replacing Maccagnan with someone who Gase is comfortable with. And that’s totally fine, it’s also fine that Johnson wants to save face and refuse to admit the obvious, that’s what everyone who holds any sort of press conference does with press conferences nowadays, it should be expected, just don’t expect anyone to actually fall for it.

Now, according to Johnson, Gase will assist in the process to hire a new GM (because of course he will) and that job will almost certainly go to some combination of Joe Douglas (Vice President of Player Personnel with the Eagles) and former scout turned media draft-analyst Daniel Jeremiah. In the end the Jets will be better off for it, after all getting rid of Maccagnan was undoubtedly the correct decision, it’s just a decision that should’ve been made already. There’s no way to know how Douglas and/or Jeremiah will do in the big chair, but their football acumen is thought to be light years beyond Maccagnan’s. The real concern from here on out is all about the empowering of Gase.

Gase made the same behind-the-scenes moves down in Miami, screamed at owner Stephen Ross and alienated a large portion of the Dolphins locker room. So how do players in the Jets locker room feel about Gase being empowered? This is obviously something to keep a close eye on, but if Gase can lead the Jets to a successful season then none of this will matter.

If he can’t? Then everything will fall off the rails, the team and the organization will implode and they’ll have to start all over again.

The Ever Maturing Jets Offense, Rex Ryan And Jets Players React To Thrilling Win, Tuesday Afternoon Quarterback, Checking Up On Jets Statistical Rankings Post Week 12, Giants Beat Jets 31 16 In First Game At New Meadowlands Stadium, The Quarterback Competition On The Defensive Side, Jericho Cotchery Reflects On The Old And New, Coach And Quarterback Analysis Plus Notes