Blocking tight ends the Jets could target in free agency 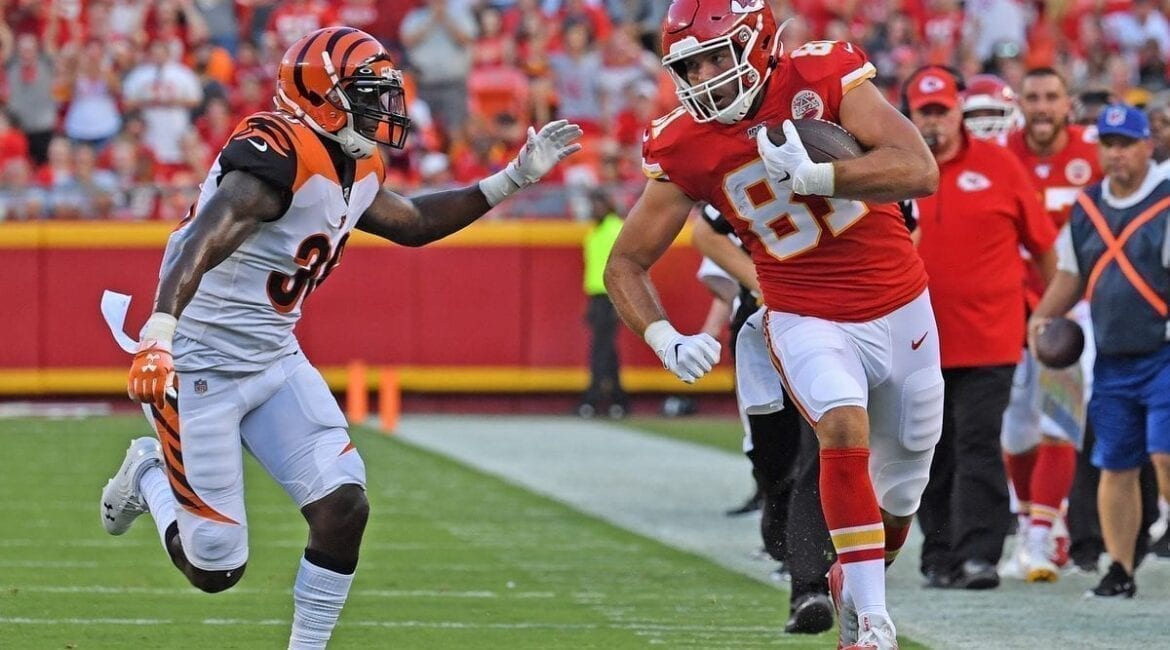 Recently I broke down how the tight end group’s abysmal blocking was a major detriment to the Jets offense. Today, we will run through a few of the potentially available free agent options that the Jets could target to fix this problem.

Toilolo is in his seventh NFL season after being taken by the Atlanta Falcons with the 133rd overall pick in the fourth round of the 2013 Draft. The Stanford product played in 84 out of a possible 85 regular season and playoff games over five seasons in Atlanta. He played one season with the Lions in 2018, appearing in all 16 games, and joined the 49ers on a one-year, $850K deal for the 2019 season.

Toilolo appeared in 13 games for the 49ers this season. He took the field for 191 offensive snaps (14.7 per game), taking part in 21.4% of San Francisco’s offensive plays on average.

Ross Dwelley and Toilolo were the second and third wheels in a top-tier tight end room spearheaded by George Kittle. Kittle deservedly drew the most praise of the group his blocking prowess, but Toilolo gave the team yet another effective blocker on the edge. Out of 82 qualified tight ends, Toilolo ranked 27th in Pro Football Focus’ pass blocking grade 32nd in run blocking grade.

Watch on this play as Toilolo uses his mammoth frame to drive Carlos Dunlap towards the sideline and create room for Raheem Mostert.

Toilolo has put together a nice career out of consistently sound blocking. He has posted an above average pass blocking grade in all seven of his seasons and an above average run blocking grade in six of seven. Over 526 career snaps in pass protection, he has yielded only one sack and 26 total pressures, giving him a pressure rate of about 6.1% (league average for tight ends is about 7%). Over the past three seasons, Toilolo has given up just seven pressures (including zero sacks and a mere two hits) over 169 protection snaps, an excellent pressure rate of 4.1%.

Bell has bounced around the league since being taken by the 49ers with the 117th overall pick in the fourth round of the 2015 Draft. He played two seasons in San Francisco, one in Minnesota, and one in Jacksonville before joining Kansas City for the 2019 season.

Bell took part in career-highs of 15 games and 397 offensive plays (26.4 per game) for the Chiefs, playing 40.7% of offensive snaps on average. Similar to Toilolo, he graded out above average in both blocking facets, placing 34th in pass protection and 27th as a run blocker out of 82 qualified tight ends.

Mundt, signed by the Rams in 2017 as an undrafted free agent out of Oregon, is an exclusive rights free agent. This means the Rams fully control his rights, as explained here by Over The Cap:

These are the players with 2 or less seasons in the league, a status reserved almost solely for undrafted rookie type players. Once tendered they can only negotiate with their former team. The tender offer is only a one year non-guaranteed contract at the minimum salary level so most teams would use the ERFA designation on players who were on the roster late in the prior year and signed to a 1 year deal. Usually these offers are signed as soon as they are made since nothing is gained by waiting.

Mundt was seldom used over his first two seasons, playing in 12 games and just 44 offensive snaps. He elevated to a rotational piece in 2019, appearing in 15 games and playing 211 offensive snaps, participating in 20.3% of offensive plays on average.

Finally getting an opportunity, Mundt shined as a blocker, ranking 10th in pass blocking grade and sixth as a run blocker among qualified tight ends. Mundt shows off excellent mobility on this play as he leads Robert Woods to a six-yard pickup on first down.

It is unlikely that exclusive rights free agents hit the market, simply because there is little risk for a team to bring them back. If the Rams do pass on Mundt for some reason, he would be a worthy gamble for a team in need of blocking help.

Like Mundt, Holtz is an exclusive rights free agent, meaning it is unlikely he shakes free. Still, if he does, he is the perfect player for the Jets to have on their radar.

Holtz went undrafted out of Pittsburgh in 2016. He spent 2016-17 on Cleveland’s practice squad before joining the Redskins. After a year on Washington’s practice squad in 2018, Holtz finally debuted in his fourth NFL season, playing 14 special teams snaps in the Redskins’ 2019 season opener against the Eagles. He was waived two days later. The following day, he was claimed by the Bears.

Holtz became a key rotation piece in Chicago, playing 344 offensive snaps over 14 games (24.6 per game) as he participated in 35% of the Bears’ offensive plays on average.

Over the course of his first regular season, Holtz brought a lot of value with his blocking ability, ranking seventh in pass blocking grade and eighth in run blocking grade. Holtz joined Mundt and Arizona’s Maxx Williams as the only tight ends ranked top-10 at the position in both categories.

In addition to his tight end duties, Holtz spent some time at fullback and performed well in the role, leading some positive runs out of the I-formation as he does here.