Darnold’s Progressing, Just not as Quickly as Jets Hoped 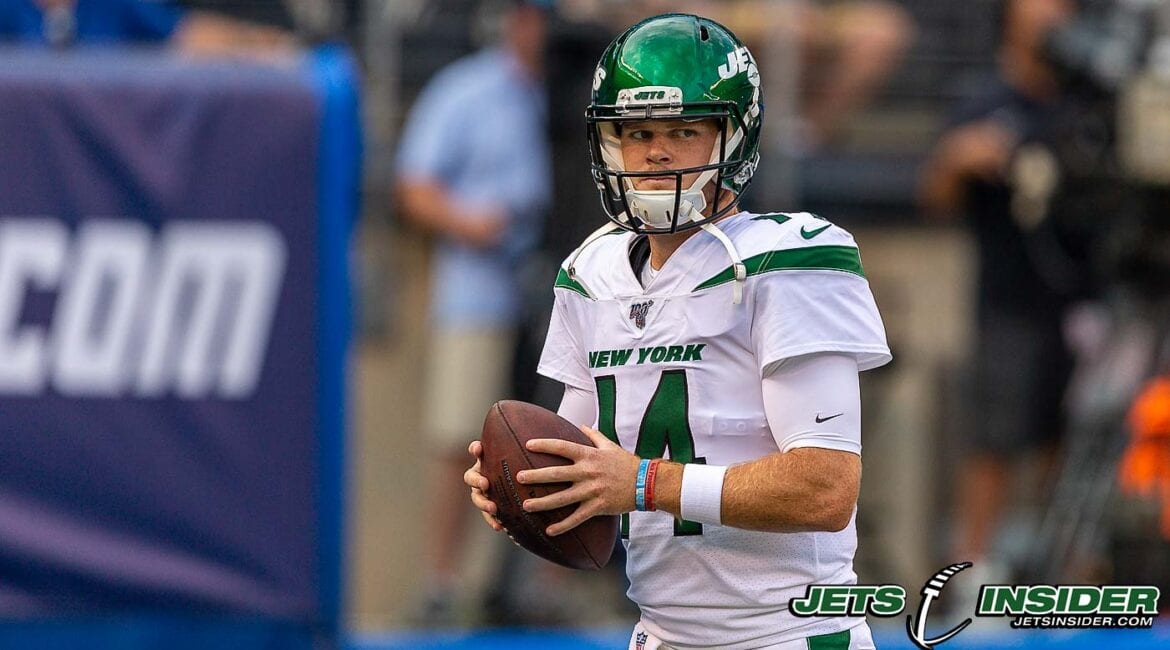 Sam Darnold has been cleared to practice, but he’s still not cleared for contact. The hope was that Darnold would be further along in his recovery process and would be able to play against the Eagles on Sunday. But at this point the idea of him playing this week extends past mere wishful thinking and into potentially dangerous territory.

“Sam has been cleared for non-contact, he’ll start throwing today,” Adam Gase said. “He’s working on his conditioning, he can’t lift yet and we still have some evaluations that we’re going to have to do as the week goes on and kind of monitor what’s going on with him. So, as far as whether he’s in or out for Sunday that’s still a question mark for us. We have to kind of let the doctors do their thing.

“I know that’s not the clear and cut answer that we were hoping for, but the positive thing is it gives us a chance to get him out at practice and being able to go through all that stuff, he just can’t have any contact.”

The Eagles game is less than a week away, with Darnold still not being cleared for contact, and only allowed to start throwing today, no one should even be considering playing him on Sunday. It shouldn’t even be a question. Let him practice, continue to build his conditioning back up but under no circumstances should they even consider letting him play.

Darnold is extremely eager to get back out on the field with his teammates, and that’s understandable and admirable, but let him be fully cleared for any and all activities for at least a full week before considering playing him. If he can’t lift on Monday, he shouldn’t play six days later.

“It’s not an ideal situation,” Gase said when asked about balancing trying to get Darnold ready but still making sure Luke Falk is also ready. “It would be one thing if you’re looking at a guy that’s played in the league like 12 years or something, that we could go the whole week then all of a sudden get the rug pulled out from under us, but this is more of a situation of when you have a younger backup and if he was going to play (then) he would need the reps.

“So, it’s one of those things where it’s the sooner the better that I have an answer. Right now, it is what it is, so I just have to keep kind of preparing with a possibility of Sam going and a possibility that Luke (Falk) might have to go.”

Gase, Darnold, the entire team, staff members and fans all want to get their first win of the season this week but Darnold couldn’t even tell us if his spleen has actually gone back down to it’s normal size yet and that’s all anyone should need to know regarding his ability to play this wee.

“I’ll let the specifics come out when they do, and when Coach Gase wants to disclose that information, Darnold said. “For me it’s just about doing what the doctors say. Like I said, it’s out of my control. My spleen, at this point, is going to do what it’s going to do.”