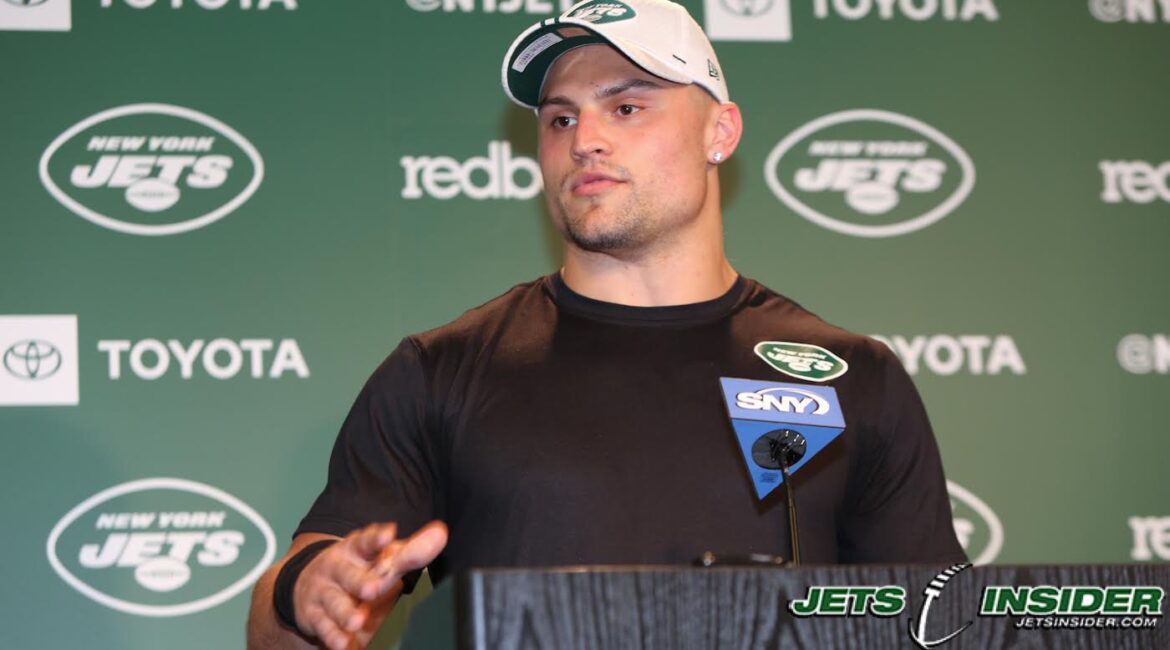 Taking a look at Blake  Cashman, New York Jets fifth round pick in the 2019 draft.

Training camp is coming for our New York Jets, we don’t have to wait much longer. But in the meantime, let’s continue our look at some of the new faces coming to join us in Florham Park. Last time we took a look at UDFA Greg Dortsch. Today we look at someone that was drafted, and at a position that ultimately was a surprise.

Today we look at fifth round pick, inside linebacker Blake Cashman. I don’t know about the rest of you but after the signing of C.J. Mosley I did not expect the selection of another inside linebacker. So it’s time to take a look at what this guy has done and how he could, possibly, fit with the Jets roster.

Cashman attended the University of Minnesota where he started for his final three years. As a sophomore he posed 7.5 sacks, but his real coming out party came as a senior. In 2018, he posted 104 tackles, 15 for loss and 2.5 sacks. He added five passes defended, a forced fumble and a recovery for a touchdown. It’s clear that Cashman can play.

At the NFL Combine, Cashman ran a 4.5 forty yard dash which is impressive for a linebacker. Here are his measurables:

Now, we all know that testing does not completely define a football player. So as always we move to the video tape.

I wanted to bring out this game because we all know the level of opponent Ohio State is. Let’s see how he looked against top quality competition.

He posted 13 tackles, nine solo, two sacks and a pass defended. It’s hard to argue that he had a strong day in this one.

The first thing that jumps out is how he doesn’t overrun plays. Sometimes players get so overzealous that they run themselves out of the play. Cashman doesn’t do that. He is always around the football which is an exciting prospect. Another element of his game is the fact that he is competent when he drops back in pass coverage. He can backpedal, he changes directions smoothly and generally appears to be in the right place at the right time. So much so that he is split out to guard the slot receiver which shows excellent versatility.

Cashman is a good tackler as well, and it’s good to see a guy that can tackle in the open field. Late in the tape he made an excellent stop deep in Golden Gopher territory on a play in the flat. A defense can never sport too many good tacklers. Cashman has a passion for the game and it shows in his play.

The biggest negative that came off this tape is that he needs better hand technique to free himself from blocks. At times he had some difficulty freeing himself once he engaged with an opponent. That is something that will have to improve.

This team has always lacked depth. With that in mind I could see Cashman finding a role on this team. Like any rookie, he will have to stand out on special teams to get noticed. It will be difficult to get there simply through his play at linebacker. If he does find his way on the team, I could see him as part of the rotation.