Bilal Powell and Muhammad Wilkerson will Play Week 7 vs Dolphins 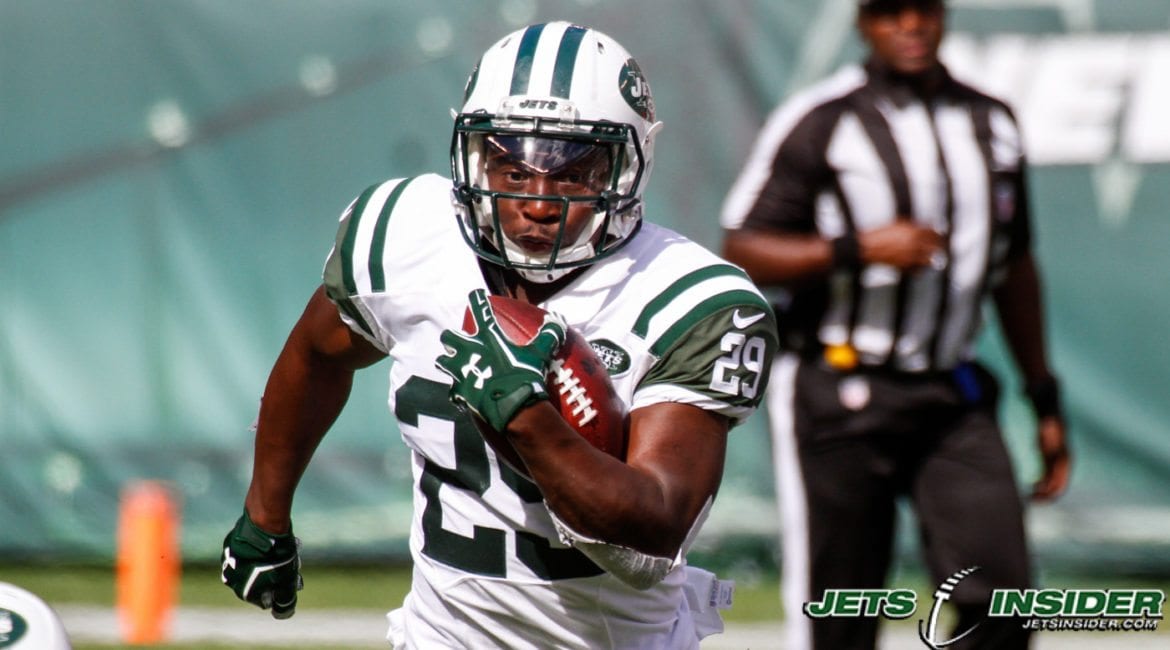 Bilal Powell and Muhammad Wilkerson will play for the New York Jets Sunday, October 22, against the Miami Dolphins. Powell sat out with an injury since Week 5 against the Cleveland Browns and Wilkerson didn’t practice all week.

Powell’s season before the injury wasn’t anything to write home about except for Week 4 against the Jacksonville Jaguars where he rushed for 163 yards on 21 attempts, including a 75-yard rushing touchdown. He split time in the backfield with Matt Forte and Elijah McGuire, which might explain his lack of stats. Head coach Todd Bowles announced Thursday that Powell was “full practice”.

“It’ll be good,” he said. “It will give us another healthy body. Hopefully we can make some plays.”

Powell should be valued more than just “another healthy body”. The rushing offense has been falling short of expectations following Week 4 against Jacksonville. In fact, the Jets have only rushed for more than 30 yards three times this season, and two of those games Powell lead the team in rushing. Against Miami in Week 3, he rushed for 37 yards and a touchdown. Hopefully, he can get the rushing offense going, but it will be a tough task against the Dolphins who are top 10 in the NFL against the run.

Wilkerson not only has been dealing with a toe injury, but also a shoulder injury. From what the media could see from practice, Wilkerson wasn’t stretching or wearing a helmet, but he was with the rest of the defensive linemen and listening to what defensive line coach Robert Nunn was saying during a drill. Bowles never stated whether Wilkerson would play or sit against Miami.

“We discuss it day-by-day and week-by-week and go from there,” he said. “We don’t make anybody play that doesn’t want to play. We understand the injury standpoint. It’s been thought of, but he’s been good enough to play on Sundays thus far. We’ll see this Sunday, so we’ll go from there.”

Considering Wilkerson didn’t practice all week and the struggles that not only he, but the entire defensive line has had in terms of putting pressure on the opposing quarterback this year, maybe it was better to let him this week. It seems the Jets have this philosophy that if you forcing something that’s broken to work enough times, it will. Wilkerson is a valuable asset to the team, especially since he signed a contract extension last year worth $86 million over five years. If he has an injury, sit him out. Playing him will only make the injury worse, then he won’t be available for the rest of the year.

This is an opportunity to change things up and give other players a chance. The Jets signed Kony Ealy late August, and he got his hands up against Blake Bortles to deflect some passes an intercept a pass. Why not give a guy like Ealy another shot and let Wilkerson heal up, better himself, and work his way back into the lineup? We likely won’t see that happen, though, as the Jets are set on Wilkerson starting.