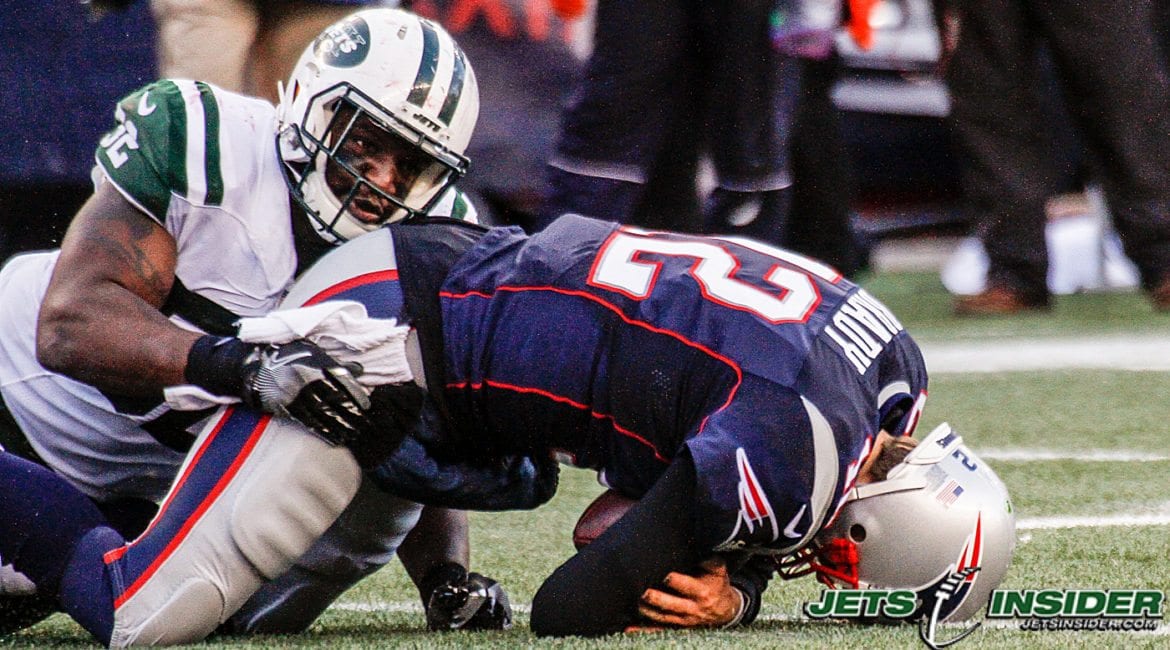 You knew this day would come, right?

From the moment future Ring of Honor linebacker David Harris was cut by the New York Jets after an intense OTA workout on June 6, the stars aligned perfectly for the inevitable to occur. Harris has reportedly found a new home – in New England – according to ESPN’s Adam Schefter:

Schefter reports the Patriots are giving the former Jets’ linebacker a two-year deal worth $6.75 million. It will be interesting to see how New England utilizes the star linebacker in their defense with Dont’a Hightower and Rob Ninkovich headlining the unit. Harris will surely add experience and talent to an already gifted group of Patriots linebackers.

Patriots head coach Bill Belichick always had his eyes on Harris during his Jets tenure. A few years ago – in a press conference – Belichick was quoted saying: “I have a lot of respect for David Harris. That guy is, first of all, he never comes off the field… he’s a big, explosive guy. [He] can rush, can cover, good run player and instinctive. He knows where the ball is so that accounts for a lot of his production.”

You can read the full quote here:

Here's Belichick a few years ago on David Harris pic.twitter.com/hTHvbqj9Eq

It happened. In the back of your mind, you nonchalantly thought this would occur but paid no attention to it. Now, you have no choice. Jets fans will be seeing their former linebacker known as “The Hitman” twice a year for likely the next two seasons in rival colors. It foreshadows the 2017 Jets season and how ugly it will be. A loyal Jet – born and bred in green and white – gets kicked out of town only to sign with the defending Super Bowl champions.

Sure, be disappointed all you want that he is now your rival. However, make no mistake; there should be no bad blood or evil voodoo towards this linebacker who was treated in a classless manner on his way out. He left his heart and soul – blood, sweat and tears – on the MetLife Stadium turf. In more ways than one, Harris was the face of this beleaguered franchise.

There is no reason to complain about loyalty. Harris was loyal to the same franchise for 10 full seasons. The 33-year-old was the team’s second leading tackler in franchise history, missing the 100 combined tackle mark just three times in his 10-year career. Harris never complained and was the ideal leader of a defensive unit that had great days on his watch. If you are going to think about Harris, remember the bone-crunching hits he left on quarterbacks throughout the league. Reminice with fellow Jets fans about his stunning interception off Tom Brady in the 2010 AFC Divisional Game in Foxborough.

For all his hard work and dedication, the linebacker who one day will see his name hanging in the Ring of Honor deserves a chance to win.

His best chance to win comes in New England – as tough of a pill that is to swallow. Benedict Harris? Think again.