JetsInsider.com > News > Blogs > Gase Hints at Changes to the OL

Gase Hints at Changes to the OL 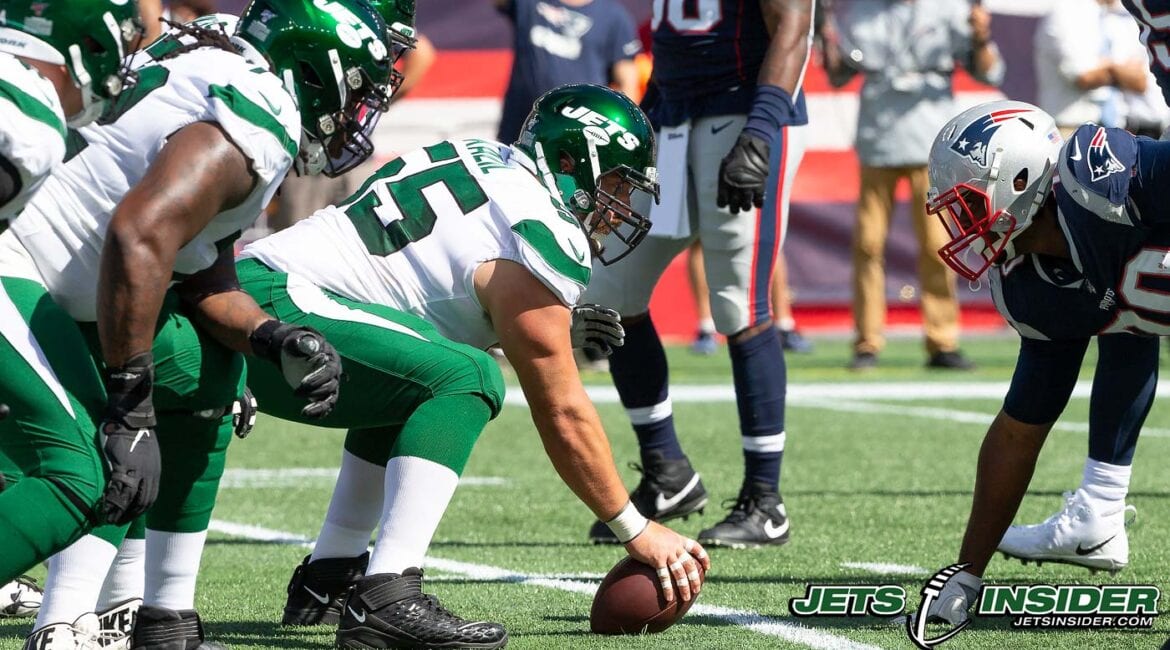 At 0-3 on the season, nothing has gone right for the Jets this year. Losing their starting quarterback to mono has grabbed most of the attention but even when Sam Darnold returns there will still be a glaring problem making his life harder. That problem is this offensive line has been a disaster.

On defense the Jets have some issues at cornerback and obviously miss the presence of C.J. Mosley, but the defense has mostly help up. Losing Quincy Enunwa and dealing with Chris Herndon’s suspension (he will be available to return after the Eagles game) has left the backup quarterbacks with Robby Anderson, Jamison Crowder and Braxton Berrios as the receiving options. But by far the biggest problem has been the play of the offensive line.

The Jets brought Ryan Kalil out of retirement and he has looked exactly like a 34-year-old center who had retired a couple of months ago. Both Kelvin Beachum and Brandon Shell have been getting abused on the edges. Brian Winters and Kelechi Osemele are getting bullied on the inside and the entire unit has struggled every week so far. They can’t open up holes for Le’Veon Bell in the running game and they certainly haven’t been able to slow down the opposing pass rush. Darnold returning will help some against the pass rush, because of his ability to move in and out of the pocket, but you can’t expect the offense to take a huge leap as soon as Darnold comes back as long as this offensive line continues to struggle.

“As far as the o-line goes, we’re going to work through that this week and kind of figure out what’s best for us to do on Sunday,” Gase said. “I would just say this, all those guys know that we’re coming in this week, we’re competing and we’re going to put the five guys that we think give us our best chance out there.”

Jets fans are certainly familiar with the phrase, “we think give us our best chance,” usually it’s in reference to the quarterback and usually it means there won’t actually be any changes. Gase is dropping hints that changes could be made, and will have to be made if things don’t turn around, but he’s leaving himself some wiggle room to stick with the current lineup.

The problem the Jets face is as bad as the starting unit has been, there’s no reason to think the backups (outside of maybe Harrison) can actually play better. They really one have one possible backup they can try at tackle and that’s the rookie, Chuma Edoga. At some point during the season they will need to throw Edoga out there and see what he can do simply so they know if they can count on him next year. Or do they need to get an entirely new offensive line in the offseason?

The playoffs are out of reach this year, that dream is dead, but we still need to evaluate Darnold and Gase, both individually and how they worked together. The best way to do that will be to get competence out of the offensive line, somehow, someway, lineup changes or not, Gase and Frank Pollack need to figure out how to make this line at least halfway decent.

Jets Cut Bait On Wr Smith,Jets Kerley Suspended Four Games,Looking Like Woody Wanted Favre And Mangini Didnt,Holmes Will Be Key Against Ravens,Flyin High Jets Texans Wrapup,Jetspantherspreview,Jets Were Interested In Ej Manuel Before Draft,Defense Thrives In 7 3 Win Vs Titans,Here We Go,Mccown Out For Year Petty To Start