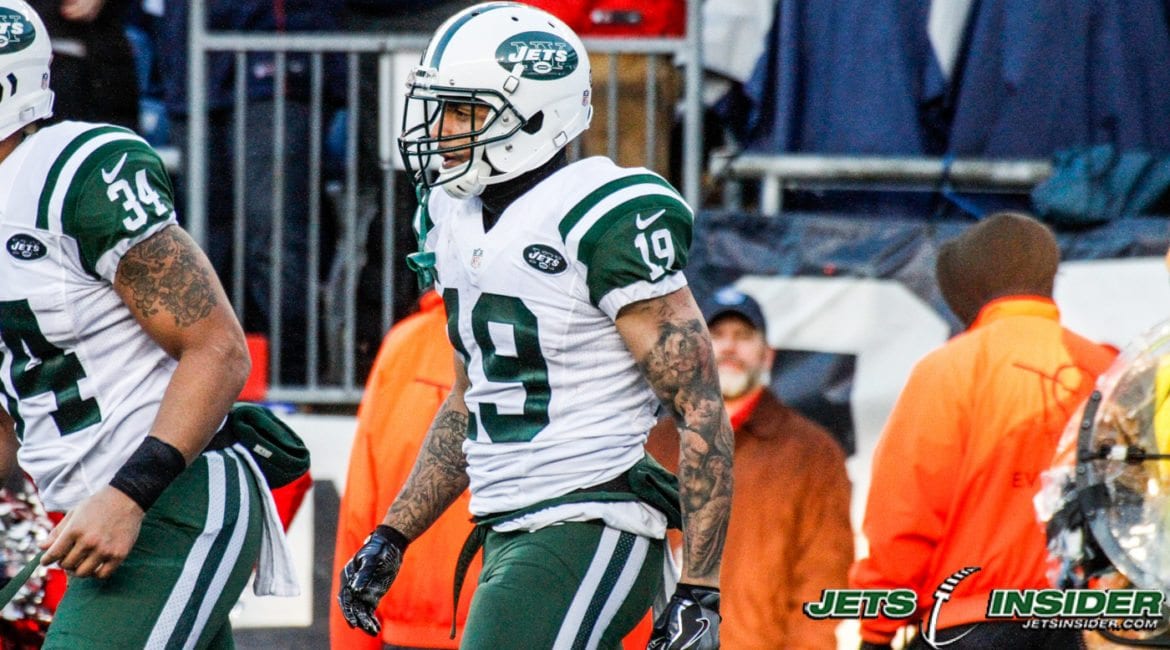 Smith, the team’s 2nd round pick in 2015 out of Ohio State, showed a lot of promise joining the team but has been plagued with injuries during his tenure with Gang Green.

Smith started his rookie training camp by fracturing ribs during his second practice and finally when he recovered he ended 2015 by tearing his ACL in November. The injury forced him to miss half of the 2016 season as well.

Coming into this year there was great optimism that this could finally be Smith’s break out season, but that was dashed quickly as he tore the same ACL again on the first day of this spring’s off-season workout program which will force him to miss all of 2017.

The move leaves him free to be claimed by any other team which is unlikely due to his injury. If he clears waivers he will then be added to the Jets’ injured reserve list for this season.

Jets Sign David Garrard,Jets Wrap Up Preseason Players Continue To Battle For Final Roster Spots,Preview Battle For New York,New Jets Jerseys And Merchandise Released,Why So Serious,Favres History Vs The Patriots,It Is What It Is It Was What It Was,Post Game Video Jets Te Kellen Winslow Jr,Offseason Gameplan,First Round Nfl Draft Blunders Late Round Success