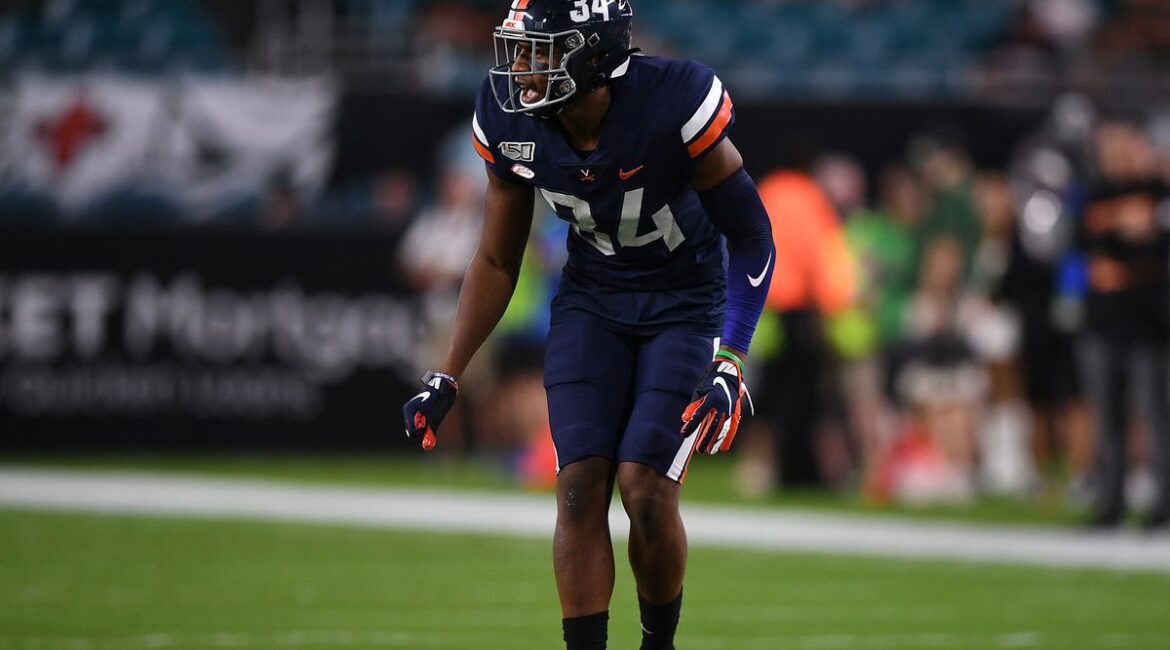 The benefit of a new GM doing his first draft for a team with holes throughout the roster is said GM can stick to the best player available strategy and still fill needs. Joe Douglas may have strayed from the BPA strategy (I certainty haven’t seen his big board), but he certainly filled some needs.

With their first Day Three selection the Jets took running back, La’Mical Perine from Florida. With Le’Veon Bell staying on the roster for another year running back wasn’t an immediate need, but this will be Bell’s last year here and we all saw how Adam Gase used Bell last year.

NFL.com’s Lance Zierlein had this to say as his overview for Perine

“Backup-caliber running back who fails to dazzle in any particular area, but who does enough of what’s asked of him and has the character traits to become a dependable pro. He’s most skilled in the early stages of the run, where his sticky feet and quick eyes help him find his initial rush tracks, but his lack of burst and second-level creativity make him more of a grinder than a playmaker. He has the play traits to compete for a backup role in a one-cut scheme, and his special teams experience improves his chances.”

And here is almost four minutes of Perine highlights.

Sam Darnold is still the unquestioned starter and nothing from this draft was going to change that. But we knew the Jets were going to look for a backup to develop and they took James Morgan from Florida International University. Morgan likely wasn’t the best player available at the time of the pick, but as we know you have to grab the quarterback you like whenever you can.

Morgan has all the arm talent in the world, in fact he might have too much as his belief in his arm often gets him into trouble. Morgan probably isn’t going to offer much as a backup this year, certainly not with a shortened offseason, but he has a lot of positive traits that could potentially be developed down the line if he can improve in other areas.

Morgan has good pocket presence, a quick delivery and moves inside the pocket quite well. He lacks a quality touch and has questionable decision making, but obviously the Jets hope they can help him iron out those issues.

With their third, fourth-round pick the Jets took Charlotte OT Cameron Clark. Clark projects to slide inside at guard and will bring plenty of power with him. If Clark can play and develop next to Mekhi Becton the Jets will have a powerful force on that side of the line. Darnold will appreciate having such powerful protectors, but so will Bell and now Perine.

Clark has a lot of work to do in pass protection, especially when cleaning up his footwork, but he can be a powerful run blocker that the Jets hope can develop into a all-around starting offensive lineman.

With their fifth-round pick the Jets got an absolute steal if Virginia cornerback, Bryce Hall can stay healthy. Many scouts had Hall projected to possibly go as high as the second-round, but ankle surgery obviously had teams concerned. This is one of those situations where a normal offseason may have had Hall drafted much higher.

NFL.com’s Lance Zierlein compared Hall to James Bradberry and has this as his overview.

“Angular outside corner who uses instinctive footwork and long arms to close out and challenge a healthy percentage of throws. His backpedal and transitions are more functional than fluid and could be exploited by NFL route-runners and speedsters. His reactive quickness and ball skills fit nicely into zone-based coverages, allowing greater freedom to spy quarterbacks and squeeze short and intermediate throws. He can handle man coverage, but he needs protection over the top. Hall is a future starting cornerback but might garner attention at free safety at some point in his career.”

With their sixth-round pick the Jets filled an immediate need with Texas A&M punter, Braden Mann. This kid has a crazy powerful leg, can also handle kickoff duties, has great directional kicking ability and he can actually make plays as a tackler. Enjoy his highlights here.

And with their last 2020 draft pick the Jets got in their annual trade with the Colts acquiring CB Quincy Wilson. Wilson is a man-coverage corner who struggled when the Colts when to a more zone-coverage system last season. Assistant GM, Rex Hogan, is plenty familiar with Wilson from their time with the Colts and if both are healthy you could potentially see both starting outside corners coming from this year’s draft picks.

Kemoeatu Remains With The Champs,Darrelle Revis Out For Sundays Game,Wilkerson Should Be Fine Coples And Kerley Making Progress,Jamal Adams Is Ready To Lead,Where Do They Go From Here,And Theyre Off First Practice Impressions,Jets Release Cromartie,Hams Top 100 Draft Prospects,Step Up To Backup,Quinnen Williams Enters The Building With Admirable Attitude