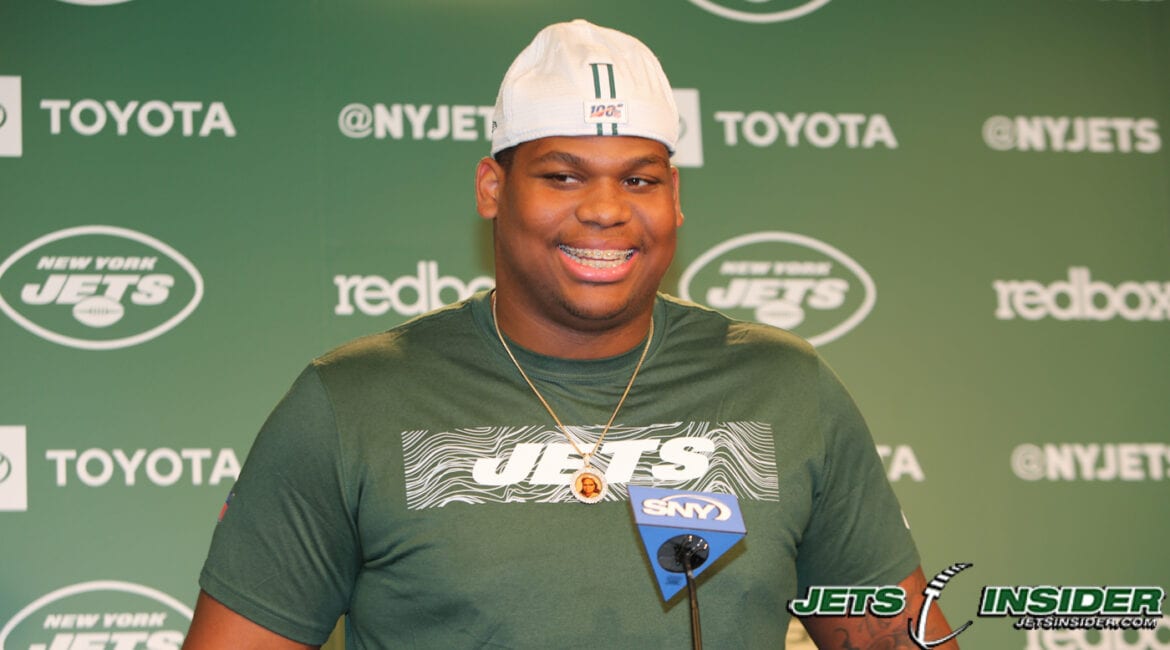 When talking about the players of this league, we hear too often about the “divas”. We hear about the players that believe that being in the NFL is a right, not a privilege. They are the ones that demand playing time, make trouble on the field and often off the field as well. These players dominate the majority of the headlines.

There isn’t enough talk about the other guys. So many players walk in ready to grind and get the job done. They are in their dream job and want to soak up every minute of it. One guy who is clearly in this category is the Jets recent first round pick, Quinnen Williams.

This weekend the Jets rookie class is in Florham Park for the mandatory rookie orientation. I didn’t say “minicamp”, as there will be no football activities. Coach Gase does not want to see any of these guys get hurt before their career even has a chance to get going.

Williams entered the building like a kid in a candy store (via NFL.com):

“I was like a little fan at first, cause, you gotta think about it, at the time, like seven months ago [at Alabama], I didn’t even know I was gonna start. So to be in this position right now, I’m like bro, that’s crazy,” Williams told the media via the New York Post. “I met Le’Veon Bell yesterday. I’m like, ‘Whoa, that’s Le’Veon Bell, the No. 1 running back in the NFL.’ It’s just crazy. I know I’m one of the people, too, but I don’t really look at it like that. I met Sam Darnold, that’s crazy. Jamal Adams, I’ve got Jamal Adams on my ultimate team [in Madden NFL]. It’s crazy.”

My nephew talks about his Ultimate team all the time, so it puts into perspective where Williams’ head is at coming in to his rookie season. He is just so excited to be in the NFL, and it shows.

Here is where his attitude becomes clear, and why the Jets have a gem in Williams:

How great is that to hear? Obviously he is not going to be the kick returner but you understand the point. Quinnen Williams in the anti-diva. He knows that playing in this league is something you earn, not something you are given. He will do whatever it takes to be successful and the Jets are lucky to have him on the team.

Quarterbacks Collide When Jets Travel To Mile High,Meet The Prospects Brooks Reed,The Morning After Report Final Exam Edition,Moore Free Time,By The Way It Should Not Be Called The Subway Series Bowl,A Sanchez State Of Mind,Jets 29 Colts 15,Big D Vs Jets D,The Te Is Alive And Well In Gang Green,Analysis Roster Cut Down