Jets Drop Season Finale To Patriots, Finish 4-12 On The Year 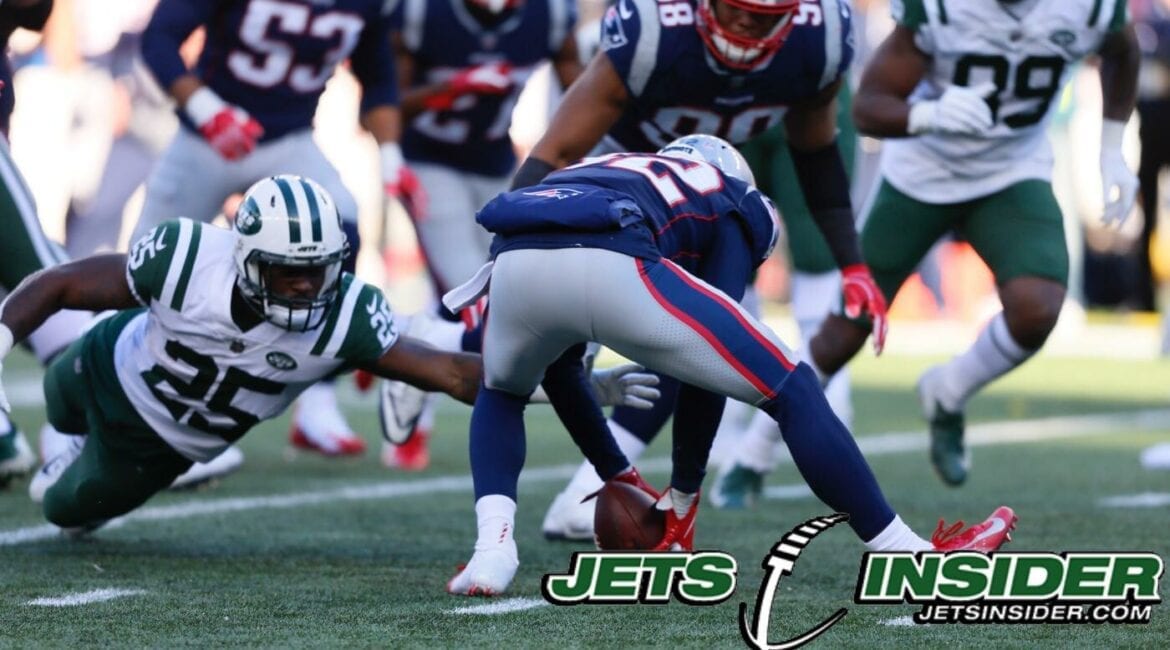 Poor redzone play combined with inept play from the defense forces the Jets to fall for the second time this season against the Patriots, losing 38-3 and finishing their season at 4-12.

Bill Belichick has never allowed a rookie quarterback to beat him in Foxboro since he took the gig with the Patriots. That did not change Sunday.

In Sam Darnold’s first game against the Patriots he looked nervous to begin the game, airmailing a few routine throws, but began to settle in as the game went along. As for the defense they would continue to show the same mistakes that have plagued them all season.

Tom Brady opened the scoring up in the game on his second drive of the afternoon, completing a 17-yard touchdown to James White on an under route to put the Pats up 7-0. As usual Brady was surgical in the series, going 5-5 and creating short third down opportunities for the run game.

Prior to the drive, the Jets stalled on their opening series, marking the 23rd straight game without a touchdown on their first drive.

After the touchdown it was Darnold’s turn to answer. A 10 play, 56-yard possession would eat up 4:22 but only give the Jets three on the scoreboard. Darnold looked like he was settling in, making key reads on third down to extend the drive. His 29-yard scamper and 10-yard hookup to Deontay Burnett on third down were huge chain movers.

Red zone struggles and the inability to create touchdowns, and not field goals would continue to be a theme on Sunday, as it has almost all year.

The defensive mishaps continued to plague the Jets in the first half. With 12:53 on the clock, Brady extended the Patriots lead to 14-3 with a beautiful pass to Rex Burkhead in the back of the endzone. Avery Williamson and the defense were not on the same page, leaving Williamson a step slow on Burkhead out of his route.

If it couldn’t get an uglier than that, it did on the next play. Elijah McGuire’s first carry of the following series resulted in a fumble, knocked out by Trey Flowers and recovered by Devin McCourty all the way to the Jet 8-yard line.

A bonehead third down roughing-the-passer call on Henry Anderson extended the Patriots drive, resulting in a Phillip Dorsett touchdown on third down. Rashad Robinson’s poor coverage helped the Patriots to a 21-3 lead.

Once again Darnold showed resilience, but still didn’t see results. The next drive he would push the Jets down the field, even ripping a tightrope throw to Burnett for 29 yards on the sideline. On third and three at the Patriots five yard line, McGuire was stuffed for no gain. The next play was a loft to Robby Anderson in the endzone, no call and no points. Jets come away empty-handed.

Down 21-3 entering the second half the Jets looked to try to change the script. Good field position and a first down run by Trenton Cannon set them up in solid field position near the middle of the field. On 3rd and 10, Darnold looked to extend the play but was instead stripped and taken back by Kyle Van Noy for a Patriots touchdown. The return would be for 46 yards, extending the Pats lead to 28-3.

Following the touchdown, the Jets would continue to see the same results all afternoon. A solid 10 play, 59-yard drive that chunked 5:43 ended in another no score in the redzone for Gang Green. A 4th and 1 run play to McGuire on the Patriots 9-yard line was blown up, ending the Jets drive once again.

McGuire couldn’t get anything going on the day, especially when it mattered most. He rushed for 41 yards on 18 carries, good for a 2.3 yard per carry clip.

The Jets offense was inconsistent to say the least. Their leading receiver was Burnett who hauled in 5 catches for 73 yards. Anderson struggled to get anything going with Stephon Gilmore playing shadow coverage on him for most of the game.

Inside the redzone the play calling was stale and boneheaded. Even a quarterback sneak with Darnold would have been more effective at times than calling a run play. It was more puzzling to see that even after seeing what little success it brought, offensive coordinator Jeremy Bates still continued to stick with the run in pressure situations.

The offensive line certainly didn’t help that out. They looked lethargic on Sunday, barely creating any holes while allowing four sacks to Darnold in the final outing of the season.

In total the Jets would accumulate just 226 yards of offense, 135 of that coming from the arm of Darnold.

The Patriots would add a field goal and a touchdown to Julian Edelman in the fourth to go up 38-3 and seal their victory and sweep of the Jets on the season. The 4-12 finish for the Jets is their worst since 2014, and their third straight year of being 5-11 or worse.