JetsInsider.com > News > Blogs > Jets Defense Gears Up For Week One

Jets Defense Gears Up For Week One 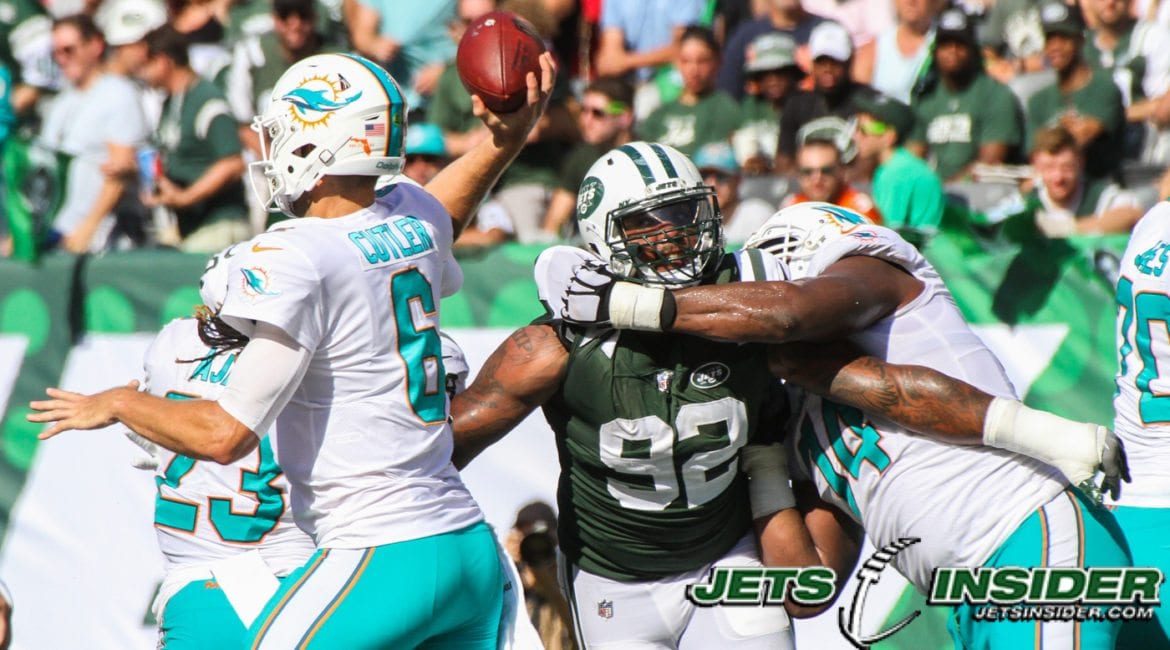 Florham Park, NJ – With week one days away from kickoff the Jets aim to stop one of the league’s most powerful offenses. Last season the Detroit Lions ranked seventh in points per game (25.6) while Matthew Stafford threw for a seventh consecutive 4,000 yard season.

The writing is on the wall, the Lions love to sling the ball. Even with new defensive minded Head Coach Matt Patricia, the expectation is that Stafford will average close to 35 throws, like he did last season. And why not right? The Lions were the only team in the NFL last season to have two players with over 1,000 yards receiving. Golden Tate and Marvin Jones are not the prettiest names, and are certainly not elite receivers, but they compliment each other very well. Tate operates from the slot, while Jones handles deep balls and jump ball situations.

Even the running backs are catered toward the pass. Ameer Abdullah and Theo Riddick each caught 25 and 53 balls respectively last season. Abdullah led the team in rushing yards with only 552. The crazier part is that the Lions have not had a running back reach 100 rushing yards in a game since Reggie Bush did it on Thanksgiving in 2013.

So looking forward to Monday the Jets can expect the Lions to come out very pass heavy. The Lions upgraded their rushing attack this offseason by drafting center Frank Ragnow and running back Kerryon Johnson along with signing LeGarrette Blount. Blount figures to be the first down back, but it is unclear how much workload he gets. Either way the biggest flaw in the Jets defense is the pass rush. Days before kickoff and there is still uncertainty as to who is the best pass rusher this team has. That’s problematic.

Though the secondary should be a spectacle to watch this season, they cannot be on their heals the entire time. Jamal Adams and newly acquired star corner Trumaine Johnson should be one of the league’s best corner-safety tandem, but they are only two people.

“If they all play well together they will have success. It goes back to those standards. Our standards are being intelligent, being resilient, being tough,” Secondary Coach Dennard Wilson said. When asked about offenses taking advantage of the lack of pressure Wilson was not worried, stating, “As long as their eyes are where they’re supposed to be, and we give the offense certain looks, we’ll be in position.”

The defensive line starters include Leonard Williams, Steve McLendon, and rookie Nathan Shepherd. Shephard makes his first NFL start Monday night, but won’t be getting any time to sit back. The Jets need as much production from him as possible, especially getting after the quarterback. They ranked 28th in the league in sacks last season, getting just 28 in total. Williams recorded only two sacks in 2017, a regression from his pro bowl seven sack campaign in 2016.

Defensive Line Coach Robert Nunn talked about the possibility of Williams seeing a lot of double teams saying, “There’s going to be opportunities for other guys. He’s proven he needs to be accounted for. Leonard’s in a great place going into the season. He needs to continue what he was doing last season. Sometimes its just luck, he was around the quarterback a lot last season.”

Nunn hit the nail on the head with the amount of attention offensive lines will continue to give Williams. The Jets will need to do everything in their power to generate a pass rush, especially if that means it comes from players in the secondary.

Health wise the Jets have a few concerns. Marcus Maye, Josh Martin, and Jermaine Kearse all did not practice Thursday. Martin sustained a concussion during the final preseason game against the Giants. It is unclear whether they will be on the field come Monday. On a positive note Brian Winters, Kelvin Beachum, and Spencer Long all were full participants in practice, which is tremendous for the Jets to have their starting offensive line together.