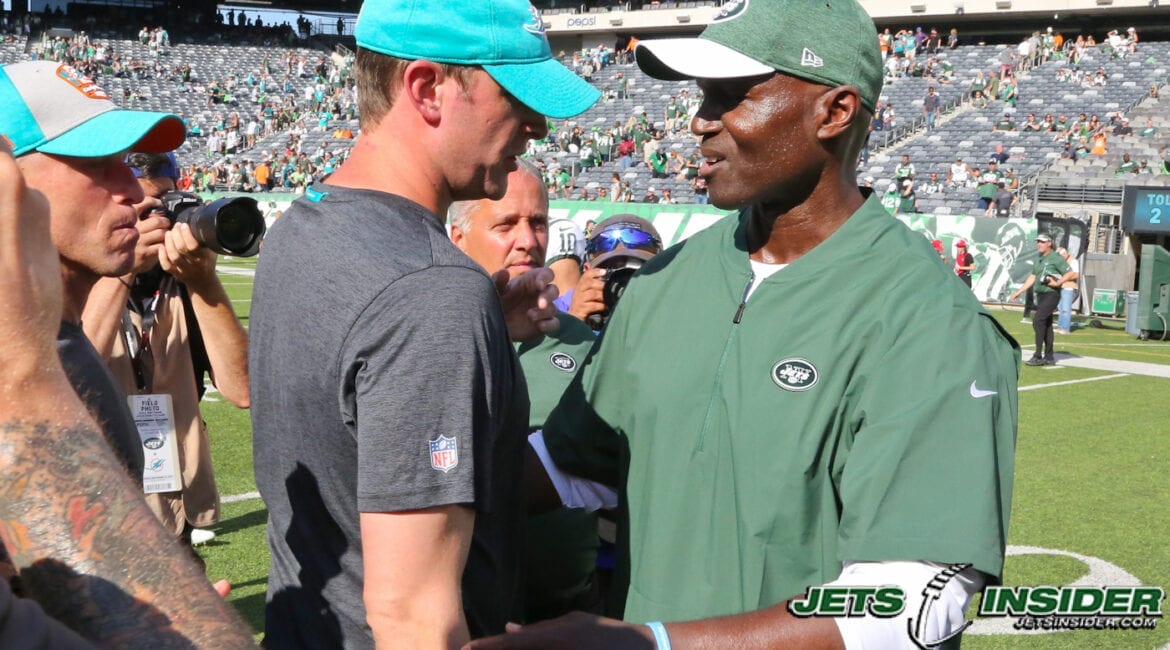 The New York Jets have hired Adam Gase as their new head coach. Yes, that Adam Gase. The Adam Gase  that just got fired by the Miami Dolphins. The Jets swapped out one AFC East coach with a losing record over four years for another AFC East coach with a losing record over three years. Fortunately for Jets fans judging coaches off of the record without digging into the context is a silly way to judge a coach, unfortunately for Jets fans is there’s other reasons to be skeptical of the hire besides the losing record.

Gase was hired by the Dolphins in 2016, he is very well respected within league circles but make no mistake about it he was hired because he was Peyton Manning’s offensive coordinator during Manning’s record-breaking season in 2013 when he threw 55 touchdowns. That’s impressive, but also Manning is the most cerebral quarterback we’ve ever seen and could run an offense in his sleep. Gase then spent a year in Chicago where he got a relatively good season out of Jay Cutler in 2015 and that was enough for the Dolphins to give him their head coaching job.

Gase didn’t have a lot of talent to work with in Miami and had to constantly deal with the fact that Ryan Tannehill couldn’t stay healthy so the Jets must be hoping he can get more out of the talent he has to work with here, but then again the lack of talent has been a huge reason why both Rex Ryan and Todd Bowles were fired and the GM for Bowles’ is still here so it doesn’t exactly make sense how they think that is possible.

The biggest concern surrounding Gase is how he got along, or didn’t get along, with players, management and even the owner as there are reports that he yelled at Stephen Ross telling him about, “knowing more about football than him.” Here’s just one version of what happened, there have also been multiple reports of players going to Ross to complain about Gase and his “power-trips.” Gase is a ‘my way or the highway’ type of guy and has proven that he won’t hesitate to ship players out of town regardless of their talent if they don’t get onboard. It’ll be interesting to see how he handles Jamal Adams the first time the Pro Bowl safety vents his frustration, not that Adams would vent frustration about Gates because he won’t be likely to do that but if the losing continues Adams will absolutely have to vent some.

ESPN’s Rich Cimini reported that “the expectation is that Adam Gase will bring Dolphins OC Powell Loggains with him. Vance Joseph, a former Dolphins DC who once played for the Jets, makes sense at DC.”

It’s a confusing decision for the Jets to hire him, even when considering we are talking about the Jets, but he is a good offensive coach and should be good for Sam Darnold’s development. If you had doubts about Kliff Kingsbury or Todd Monken’s ability to be a good head coach for the entire team then you should absolutely have the same concerns with Gase.

Tomorrow morning we will look at the bright side, we will focus on his strengths and how he can help this team and how can improve on his weaknesses and what steps Mike Maccagnan and Christopher Johnson can take to limit his negatives.