JetsInsider.com > News > Blogs > Jets Must Build Upon Their Wins and Show Consistency This Week

Jets Must Build Upon Their Wins and Show Consistency This Week 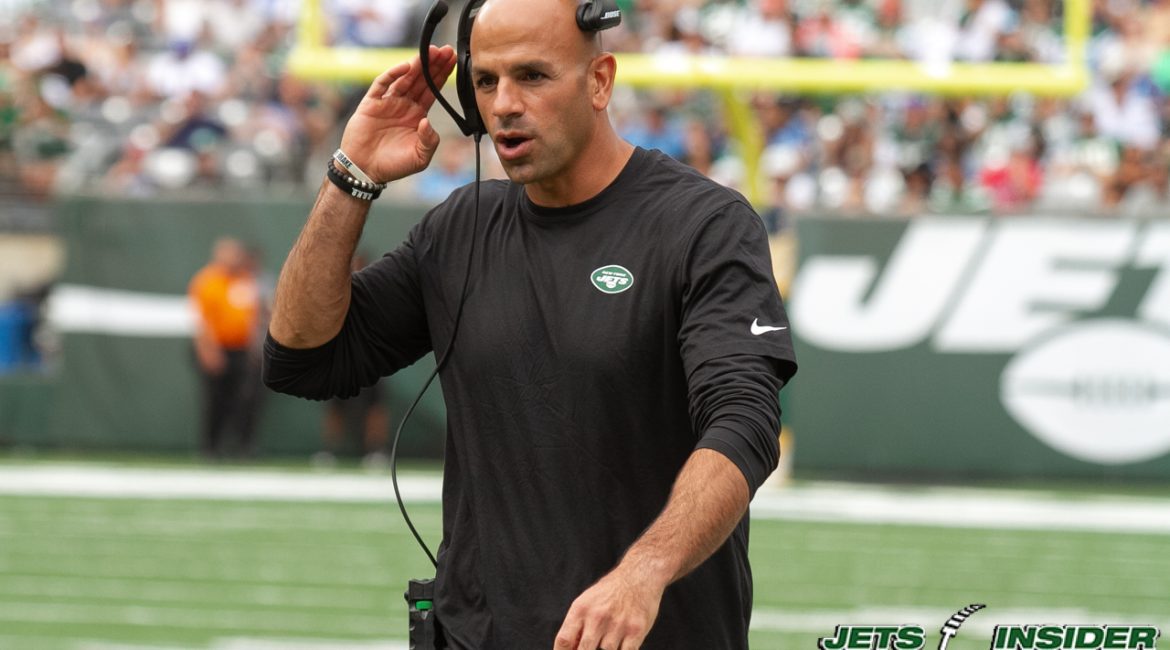 Through four weeks of the 2022 NFL season, the Jets must build upon their wins, but it seems they enjoy making things difficult on themselves and their fans’ mental states. Sitting at a current record of 2-2, the team’s victories have come on two separate fourth-quarter comebacks from double-digit deficits. The victory against Cleveland was considered one of the most improbable Jets wins in recent memory; they scored a 60+ yard touchdown, recovered an onside kick, and scored another touchdown all in less than two minutes of game time.

While this past week’s win over the Steelers was not as improbable, it was arguably more impressive and reflective of the team’s potential going forward.

Zach Wilson rebounded in the second half of the game, specifically in the fourth quarter. The second-year QB went 10-12 for 128 yards and a touchdown, with the final drive having Wilson go 5-5 for 52 yards. While it was not the best overall performance for Wilson, his grit and poise in the waning stages of the game showed the potential that the Jets saw in him.

In addition to Wilson, there were standouts that helped the Jets win against Pittsburgh. Both Lamarcus Joyner and Jordan Whitehead had impressive performances in the secondary, rebounding after disappointing outings in Week 3. Joyner had two interceptions and two pass deflections, one of which turned into an interception for Whitehead. Bryce Huff and Jermaine Johnson had good games as well, with Huff generating three quarterback pressures while Johnson had a sack and two run-stuffs. Sauce Gardner also continued to look like a potential superstar at the cornerback position. He only allowed two catches for nine yards against Pittsburgh, and on the year has only allowed nine catches for 101 yards.

On offense, Corey Davis had his most clutch performance with the Jets. The veteran wide receiver finished with five receptions for 74 yards and a touchdown, with the touchdown and another clutch reception on a fourth down being key in the Jets’ win. Rookie running back Breece Hall had the game-winning touchdown and finished with close to 80 yards from scrimmage.

It was a good sign to see the Jets battle back from adversity and pull out the win this past Sunday. Yet, it is time for the team to finally build upon their wins and show consistency this season. This current regime, led by Robert Saleh and his coaching staff, has not yet found a way to string wins together. Each time the team has won a game, they have come out of the gates slow in the next one. This has continued into this season, as the Jets were immediately in a deficit against the Bengals after beating Cleveland the previous week.

Jets must build upon their wins

Head Coach Robert Saleh spoke after the Pittsburgh game about what he is taking from the game moving forward.

“It was just a really cool NFL game, and for as young as we are, to have the mindset to stay in it, go 60 minutes, again, really proud of the group with the mindset and just exchanging blows with another opponent. Being 2-2 right now, it’s pretty good. We’ve got a really good chance. But you never know. But every game is independent of one another.”

Heading into their next game against the Dolphins, the Jets must continue to work to continue the level of play seen in their wins. The Jets need to build upon their wins and show consistency. Despite the rash of injuries at the offensive tackle position, the offense needs to continue to overcome them by relying on the talent at their skill positions. Offensive coordinator Mike LaFleur expressed this sentiment as well during this past week.

“Again, first and foremost, I and the other coaches have to put these guys in better positions to be successful. Not only just that, that play calling and whatever, that is what it is, but from an execution point, you’ve heard me say that before. That’s just true to my core. When guys aren’t executing to their capabilities, that’s on coaching. So, we got to get that fixed.”

In addition to this, the team needs to eliminate the necessary penalties they are having on both sides of the ball. The Steelers stayed in the game due to defensive penalties late in the first half of the game. The Jets also almost did not have a chance to win the game in the 4th quarter, as the team had untimely holding and ineligible man down-field penalties.

To have a good chance of competing with and potentially beating Miami, the Jets need to play a full game in all aspects. The secondary, led by Sauce Gardner and D.J Reed, must keep up their high level of performance against Tyreek Hill and Jaylen Waddle. The defensive line needs to generate pressure against a mostly average Dolphins offensive line. On offense, Zach Wilson needs to show his fourth-quarter performance over the course of a whole game and overcome the Dolphins’ Cover-0 heavy scheme. The Jets must also have their young playmakers, such as Garrett Wilson and Elijah Moore, make plays and get open when they inevitably face man coverage.

Week 5 is a decisive game for the Jets’ immediate outlook and will offer insight into how far along this team actually is. If the Jets are competitive from start to finish, it will go a long way in changing the outlook of the franchise. Not having a letdown game against a division rival will truly show that this is a young, talented Jets team that is moving in the right direction.

A win against Miami would be even more significant, as it would put the Jets at a record of 3-2 and in second place in the AFC East. It would show that the Jets are possibly ahead of schedule, and may have the talent to challenge for the playoffs this year(it is shocking to even type that as a real sentence after the past few years).

To sum it up, the Jets must build upon their Week 4 win this week and, at a bare minimum, compete for the entire game against Miami. There are no more excuses for this team to have letdowns after wins, especially in year two. Show up, compete, and maybe even win a divisional game for the first time in a few years. Consistency must be shown to give assurance that the Jets are moving in the right direction. For a coach and team that wants to take receipts on their doubters, there is no better way to do so than to beat a high-quality divisional rival at home.