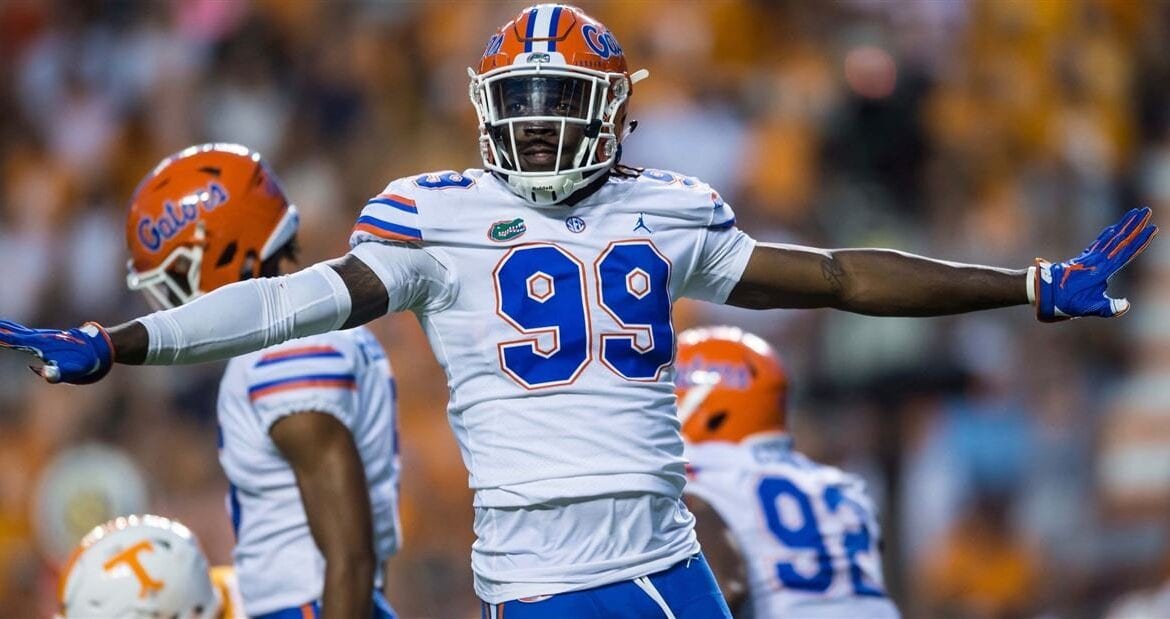 Florham Park, NJ – Jets fans desperately wanted GM Mike Maccagnan to draft an edge rusher with the third overall pick in this draft, instead Maccagnan took an inside defensive lineman that can rush the passer in the first and managed to draft a first-round talent at edge rusher in the third-round.

When you watch the tape on the Florida linebacker the first-round talent jumps off the screen, but he ran a poor 40-time (4.84) at the combine, likely due to being overweight, and reportedly bombed the interview process at the combine. Due to these issues teams shied away from drafting Polite, but the Jets brought him in for a visit hoping that he might fall to them in the third and that’s exactly what happened.

With the Jets having an obvious need at edge rusher, a need that has persisted for well over a decade, the upside of this selection was far too high for Maccagnan not to roll the dice on him. Poilte’s tape shows excellent speed, great instincts with an arsenal of pass-rushing moves and a player with a motor that never stops.

At 6’3″, 258 lbs, Polite just turned 21-years-old in March and has a lot of untapped potential. Last season Polite had 17.5 tackles for a loss, with 11 sacks and six forced fumbles despite being the starter for only five games.

Teams have concerns about his maturity and the added weight, needs to get stronger and more powerful and won’t be much help defending the run, at least at the start of his career, but with the players on this defense and the way the NFL has evolved into a passing league getting a pure pass rusher is not something to complain about.