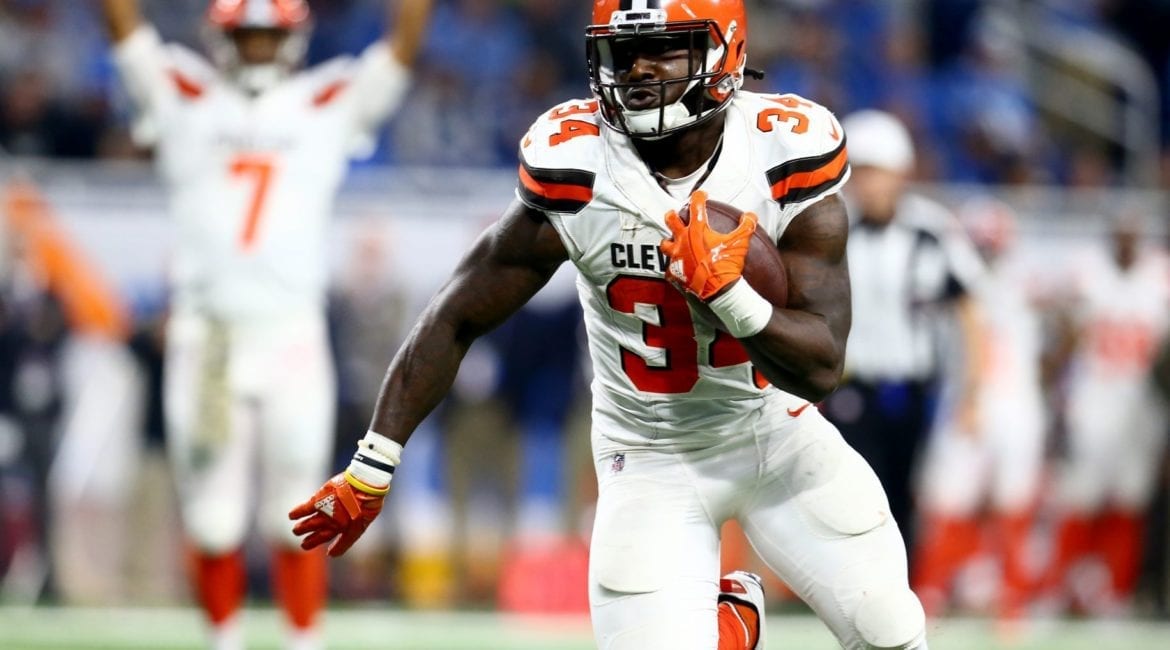 The Jets have signed their first free agent from another team in 2018 and that free agent is running back Isaiah Crowell. Crowell is a solid running back, with a blend of speed and power and can make plays as a receiver out of the backfield, adding him to a running back group with Bilal Powell and Elijah McGuire makes the group better. How much better is the question.

Crowell looked pretty awful at the start of the year last year but it’s hard to tell how much blame he should receive for that as the Browns offensive line was really bad, even when already factoring that it was the 0-16 Browns it was still really bad. But he started to pick up steam and find more room as the season progressed even as it was clear that Duke Johnson Jr. was the better all around back.

Crowell is a fine signing, he can help the team, but was it a necessary signing? With one of the deepest draft classes in recent memory many would argue that the Jets would have been better off waiting to draft a running back in the second or third-round and maybe they still will. This signing shouldn’t prevent them from doing so if a guy they like is on board, but maybe this move is due to the realization that the Jets will likely have to part with at least one, maybe both, of their second-round picks in this year’s draft to move up and draft a quarterback. Maybe that’s giving Mike Maccagnan too much credit, we shall see.

The terms of the deal have yet to be announced. This post will be updated when that happens.