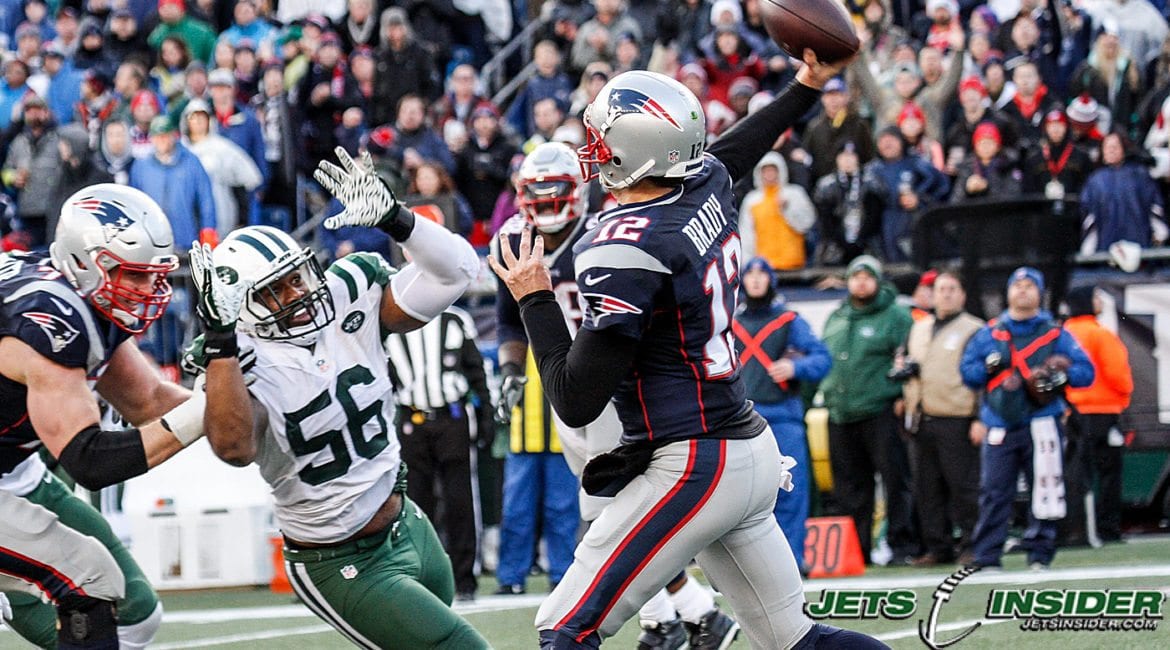 The Jets are looking to bolster their pass rush by signing linebacker David Bass and released Freddie Bishop to make room for Bass. The Jets also released kick-returner Kalif Raymond on Tuesday but re-signed him to the practice squad on Thursday.

Freddie Bishop went undrafted in 2013 and signed with the Detroit Lions. He wasn’t with the team long, as he was released a month later, choosing to play in the CFL for a few years. In 2016, the Jets signed Bishop and sent him back-and-forth between the practice squad and the active roster, during which he recorded nine tackles in the NFL.

David Bass was drafted in the seventh-round of the 2013 NFL Draft by the Oakland Raiders, but was put on waivers at the end of the preseason before being picked up by the Chicago Bears. Bass made an impact Week 11 against the defending Super Bowl champions, the Baltimore Ravens, where he picked off Joe Flacco and returned the interception for a touchdown. Following his time with the Bears, Bass played with the Titans and Seahawks before making his way to the Jets on Thursday.

Bass’ role on the Jets is undetermined, but Todd Bowles is excited to see what he can do.

“He was a guy we had on the radar. Obviously we’re always trying to look to better the team,” Bowles said. “He has some intangibles that we liked so we brought him in and are going to take a look at him.”

Raymond came to New York at the end of the preseason and was immediately named the kick/punt-returner, but his career with the Jets didn’t get off to a good start, as he muffed two punts in Week One against the Buffalo Bills. It only got worse in Week Two against the Oakland Raiders as the Jets found themselves down 14-10 in the first half heading into the two-minute warning. The defense had forced two three-and-out drives against Oakland, gaining momentum, but Raymond muffed the punt and Oakland recovered it at New York’s four-yard-line, setting them up for a two-yard rushing touchdown and all but sealed the game.

While Bowles claims the muffed punt wasn’t the reason why Raymond was released, he also talked about the characteristics a punt-returner must have.

“It was a coaching decision, and it wasn’t just one mistake,” Bowles said. “But, the number one thing as a punt returner is to secure the ball.”

Jets Show Theyre Not Ready In 27 17 Loss To Bills,What It Means To Play Like A Jet,Brad Smith Out Turner In For Divisional Game,Insider Thursday Team Report 2,Not So Fast Rex,Jets Dilemma Early First Round Pick Vs Playoffs,Kyle Wilson Learning From The Best,Unsung Heroes From Game One,Green V White Breakdown Jets V Saints,Despite Favremoss Ap Still The Focus