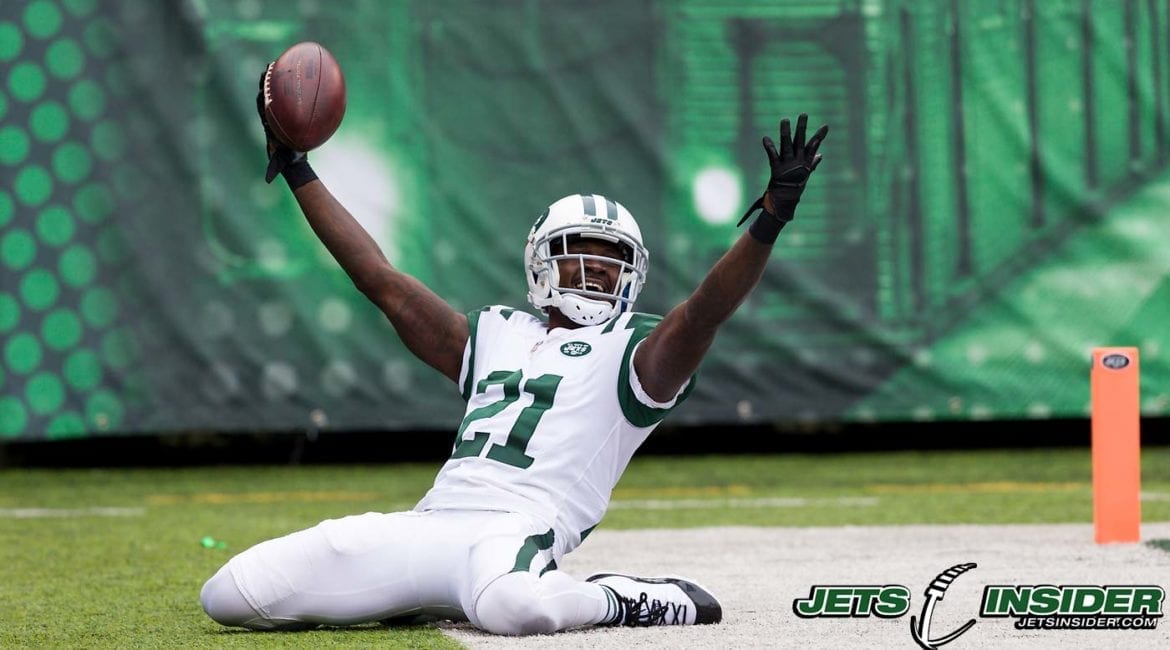 East Rutherford, NJ – A pulsating passing attack from Sam Darnold, along with a seven field goal performance from Jason Myers, helped give the Jets a 42-34 victory over the Indianapolis Colts.

The Jets got off to a fast start in this one after a tipped ball on a screen pass landed into the hands of Morris Claiborne, who proceeded to take it the distance to put New York up 7-0. A gift of sorts as the Colts would settle in after that.

Andrew Luck responded, driving five plays and 75 yards in just under three minutes to find a wide open Marcus Johnson for seven points. The blown coverage left Johnson alone with nobody within fifteen yards of him.

After sitting for the first two drives it was Darnold’s turn. He engineered a 52 yard drive where he did not miss any of his five throws. The possession ended in a Jason Myers 30 yard field goal for New York, putting them up 10-7.

The first quarter finish was sloppy to say the least. With pressure looming in his face, Darnold’s decision to throw off his back foot to Robby Anderson would prove to be the wrong one. Airmailing it about five yards short, Colts safety Malik Hooker stepped in front, picked it off and returned it 27 yards to the Jet 35-yard-line.

With their backs against the wall the Jets provided one of their few key defensive stops. With the ball on the one-yard-line the Colts ran hurry up, but were pushed back for a negative gain. The following two plays would go no where. First, a shovel pass to Eric Ebron was pushed back for a negative gain and the second was an incompletion to Nyheim Hines, broken up by Avery Williamson.

The Jets would hold them to a field goal, keeping the game at 10-10.

Moments later the Jets would cough the ball up again. Quincy Enunwa had the ball jarred lose following a screen play, which ultimately put the Colts back with the ball on the Jet 40 yard line. Another timely defense stand would leave the Colts with another field goal, putting them up 13-10.

Later in the second Jamal Adams would make his presence known, popping the ball out of Robert Turbin and giving the Jets field position at the Colts 43 yard line. A few plays later Darnold would throw a strike to Terrelle Pryor for a touchdown. Pryor was solid all afternoon, hauling in five catches for 58 yards and the score.

The Jets would tack on two more field goals before the half ended. Darnold would show his poise under pressure, leading the Jets down the field for 5 plays, 58 yards in 38 seconds to tack on another field goal as time expired. The drive was outstanding for Darnold, who showed no signs of being a rookie.

In the second half the Jets continued to ride the momentum, scoring right out the gate. This time Darnold faked a screen left only to find a wide open Chris Herndon for a 32 yard touchdown, putting the Jets in the driver seat up 30-12.

Andrew Luck was not quick to let this game fold. He engineered two touchdown drives in the third quarter, both going at least 75 yards to get the Colts back into the game. The Jets would counter with two field goals of their own, giving New York a 36-27 lead.

Just when it seemed like the Colts were gaining momentum Darron Lee came to the rescue. Lee was able to drop back in coverage and make a beautiful snaring interception, his third on the season. This was just another day at the office for Lee, recording eight tackles, the interception and one pass deflection.

“I definitely see the growth in this team,” Lee said. “I’m doing all I can on my end, trying to go above and beyond. Nobody panicked today, and that was a good thing we saw as a team.”

The play would rejuvenate the crowd and help the Jets kill more time off the clock. Moments later Myers would kick his sixth field goal of the game putting the Jets up 39-27 with just over five minutes to go.

A turnover on downs for the Colts would set the Jets up for another field goal try. The 45 yard hit from Myers would give him his seventh field goal of the game, the most in one game in Jets history. Myers was definitely excited about his performance.

“Big boys up front gave me time,” Myers said. “There’s always pressure. You have to take it one kick at a time.”

Myers role in today’s game can’t be understated. He consistently answered the call every time and kept the Colts off the Jets’ heels in multiple different occasions.

A late touchdown by Chester Rogers would make it 42-34 give Indy a chance barring an onside recovery. The Jets would retain the kick, ultimately ending the game.

All in all a gutsy performance from Gang Green. They generated 374 yards of total offense while also keeping possession for over 37 minutes. It wasn’t always pretty on defense but four key turnovers helped put the Jets in solid field position all throughout the game.

At times the Jets looked sloppy, committing seven penalties for 49 yards but continued to capitalize when it counted. They were efficient in the red zone on both ends, holding the Colts on crucial possessions that could have given them momentum.

“We practice turnovers in practice. Doing it in practice will lead to it happening in game,” Williamson said. “We just have to keep stressing it.”

The win makes two in a row for the Jets, which is positive. Consistency has been something Todd Bowles has preached over and over again. They look to make it four in a row, and potentially take a division lead come next Sunday when they square off against Minnesota at MetLife Stadium.