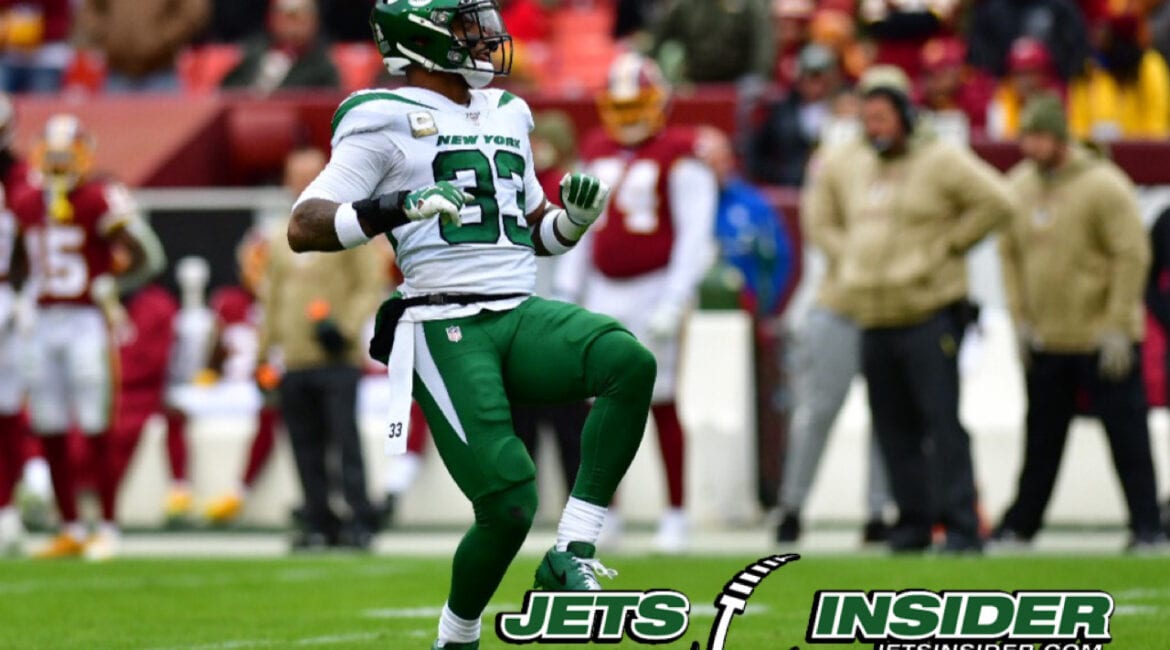 The New York Jets got their third win of the season, and second straight win, yesterday over Washington. A two game winning-streak is great, but the Jets are going to need to beat a team outside of the NFC East before expecting fans to be impressed. Regardless of the competition, wins are wins and this team looks far more competent when playing bottom five teams. If the streak continues next week with a win over the Raiders then fans can talk themselves back into being hopeful for the future.

There will be plenty of time to talk about next week’s matchup and everything the future holds later, for now let’s focus on yesterday’s blowout over Washington. The defense was outstanding, granted Dwayne Haskins still doesn’t look ready to start in this league, and Sam Darnold had a really good and efficient day. The Jets were even able to establish a bit of a rushing attack which predictably helped Darnold in the passing game.

Darnold finished the game going 19 of 30 for 293 yards (9.8 yards per attempt), one interception and finished with a QB rating of 121.3. The interception was a bad one, looked like a bad decision and an even worse throw, but otherwise Darnold looked great and in full control of the offense.

Darnold still has plenty of areas where he needs to improve but he has looked like a completely different quarterback than the one who threw seven interceptions against the Patriots and Jaguars. According to ESPN’s Rich Cimini there’s one specific reason for this; “Darnold took ownership of the offense.” Darnold started speaking up more in team meetings, telling Head Coach, Adam Gase, which plays he liked and which one’s he wasn’t comfortable with.

Since then the offense has completely turned around and, sure, you can look at the level of competition and shrug off the results, but the results, in a lost season, don’t mean quite as much as the process. And in this case the process shows a much more competent offense that plays to Darnold’s strengths. More rollouts, more letting Darnold improvise and make plays on the move to counter the opposing pass rush. This is closer to the type of offense we were expecting to see in training camp. The wins are great, the cherry on the top, but the real victory for the Jets isn’t the game, it’s the offense and Darnold trending upwards and making actual progress.

Now here’s some numbers on Darnold, from @Michael_Nania of GangGreenNation.com and the @CYJpod, that should get fans even more excited.

Ryan Griffin – Chris Herndon’s season has been a massive disappointment. He started the season on suspension, got hurt right as the suspension was ending, played one game before fracturing a rib and will miss the rest of the season. But at least one good thing emerged along this silver lining, Ryan Griffin has shown he can be a legitimate weapon in the passing game.

Griffin doesn’t help much in the blocking game, but when he can have five receptions for 109 yards and a touchdown in a game he begins to make a strong case for the Jets to re-sign him in the offseason. Even if Herndon returns, stays healthy, doesn’t miss games and plays at the level he did to end the season last year, having two tight ends that can make plays in the passing game will be a huge help to Darnold.

Blessuan Austin – The Jets have been an absolute disaster at the cornerback position the entire season. To be fair, this was expected when they entered the season with Trumaine Johnson and Darryl Roberts as the starting corners. Johnson got benched and replaced by Nate Hairston, who at first played great for two weeks, then Johnson got his job back only to get hurt and give way to Hairston again, but this time Hairston started getting cooked.

Last week Austin had to step in when Hairston got benched against the Giants and played great. He was disappointed in himself for missing an easy pick, but determined to get better. Yesterday Austin continued to put excellent tape out there and solidified an opportunity to prove he can be a starting cornerback in this league. He will certainly face much tougher matchups than the Giants and Washington over the rest of the season, but those matchups will be the ones to tell us just how good this kid can be.

Jamal Adams – Remember when Joe Douglas was listening to offers to trade for Adams? Well the price of the brick safety is going up.

Any trade offers for Adams will require even more than they would have just a few weeks ago, but more likely the price of the contract the Jets would be smart to offer him this offseason is getting more expensive. Adams has had three out-of-this-world performances this season, the Jets are 3-0 in those games. Obviously those also being the three good games Darnold has played means the Jets need both of them at their best to win games, but Adams has become a complete and total terror for opposing offenses.

It will be interesting to see if Gregg Williams continues to use Adams in the same way next season. It certainly feels like Williams has deployed Adams differently since all the inside linebackers have gone down. He’s certainly blitzing him more and all of a sudden Adams is, not only, the best pass rusher on the team but he’s trending towards being one of the best in the league.

Adams had a rough couple of weeks with the trade talk, followed by the worst game of his career in Miami, but the past two games he has been a dominate game-wreker.