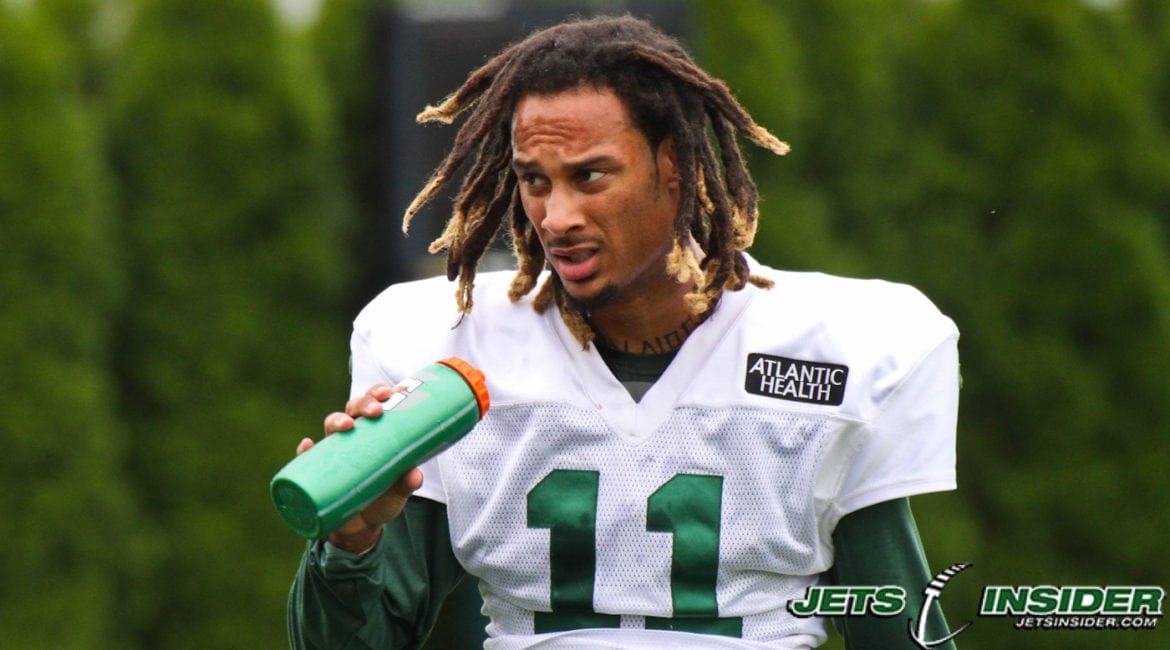 RICHMOND, VA – After a brawl filled first practice, the intensity simmered down a bit on day two. It got a bit chippy a few times out there for today, but mostly every time you thought there might be something about to pop off you’d realize that the two players were simply joking with each other. The best thing about the joint practices is there are no lulls, with two full teams there’s always something going on on one of the fields. The worst thing about joint practices is there’s far too much going on to be able to see even half of it, but here’s three observation from what these eyes could see.

1) Darnold getting some first-team reps

In case us beat writers haven’t said it enough, the Jets are taking the same approach to the quarterback competition as they did last year. Last year they gave Christian Hackenberg and Bryce Petty every possible chance to win the starting job and neither of them could do so, this year seems to be different. After Darnold’s impressively solid preseason debut, the 21-year-old rookie started getting more first-team reps in practice. Todd Bowles of course wouldn’t divulge his plans other than to give a not-at-all illuminating quote, “all my three quarterbacks need to be ready to play,” but there’s a good chance that Darnold will start the second preseason so they can see what he looks like playing with, and against, the first-team players. If he doesn’t start, he will certainly make an earlier appearance with the rest of the first-team offense.

It’s hard not to be impressed when watching Darnold practice, but at the same time it’s clear that he’s going to struggle at times. Where Darnold impresses the most is from a mental standpoint, the way he carries himself and the command he shows on the field. These players respect him and will follow him, his ability to process information is noticeable from the sideline, but there are still a lot of rough edges that need to be smoothed out before he’s close to being a finished product. Physically he’s still struggling with the deep ball, he’ll throw some beautiful deep passes every now and then but more often than not he tends to under-throw the ball. His accuracy isn’t as good as you’d ultimately want, most of this appears to stem from him still rushing things a little at times and his footwork simply not being perfect, but if these are the problems your 21-year-old rookie quarterback is having then the future looks bright.

2) Jordan Leggett wants in on the tight end competition

With the four other tight ends on the roster all taking turns making plays and putting together good tape to stake their claim on a roster spot, Jordan Leggett has fallen quite a bit behind. So much so that at times it felt like he was being lapped by the others, with Leggett back on the field it looked like he knew he had some ground to make up and he made sure to let us know that he’s got something to offer. Leggett made a bunch of nice plays today, but the standout was on a 15-yard out-route with the pass leading him just a bit too much Leggett dove, extended his arms and pulled in a tough catch as he landed in the mud just inside the sidelines. He’ll have to prove he can stay healthy more than anything else but if he can, he just made the tight end competition that much tougher to predict.

3) Terrelle Pryor is starting to do more and more

Pryor is still working his way back from a broken foot, he won’t play in the second preseason game against Washington on Thursday, but he’s doing more and more work in team drills every day. It started last week and you could see glimpses of what could make him such a dangerous receiver, but today those glimpses turned into blinding brightness. His speed, his size and his ability to snatch the ball out of the air were on full display today and there wasn’t much the Washington defenders could do to stop him.

On one play Pryor sauntered up to the line, put his hands behind his back before getting set, ran his route and turned around as he extended his arm as far as he could trying to catch a pass no human should physically be able to catch, but he somehow stabbed the ball with his hand and was able to pull it in, turn then give a good face-mush to the Washing defenders face-mask as he ran right past him. What Pryor lacks in the technical aspects of his game (remember he’s still relatively new to being a receiver) he more than makes up with his physical ability.

The play of the day was once again brought to you by Darnold and Robby Anderson. It was during 7-on-7’s, Anderson ran a deep corner-route and easily speed past three members of the Washington secondary, all three were cooked, Darnold saw this and launched a deep pass that was just a touch under-thrown which allowed the defenders to try to make a play on the ball but Anderson adjusted to the pass and attacked the ball in mid-air to bring it in for a touchdown.