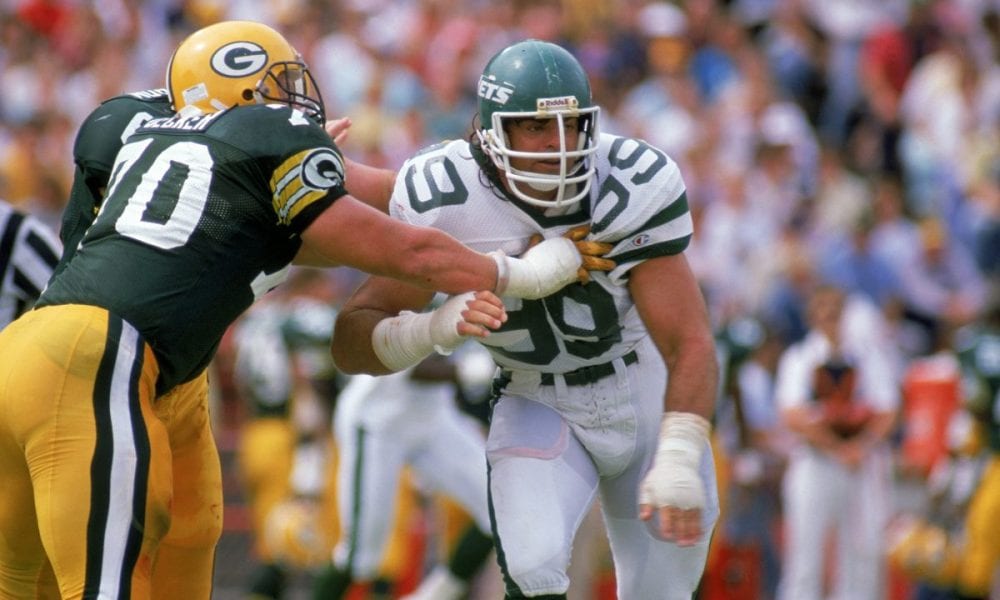 We hear a great deal about the retired players and the treatment they receive from the league. We hear about lawsuits, funds, benefits, and everything else, but it isn’t always concrete. It’s not a situation we can all understand to the same level. However, when we see the plight of Jets legend Mark Gastineau it becomes very real.

Some of you will have great memories watching that tape. Others of you can ask older members of your family what Gastineau was like.

I can tell you he was an intense player. Mark Gastineau was that edge pass rusher that all younger fans have prayed for. He was a threat to bring the quarterback down at any time. Mark’s 74 sacks still sits a top the franchise leaderboard.

Back then, Gastineau danced around fallen quarterbacks. Now he is attempting footwork around something more serious.

Mark’s health has taken a turn for the worst. Initially he was diagnosed with dementia. Last October, he learned he had stage three colon cancer.

The idea of one of the most competitive players in franchise history wasting away is bad enough. It’s very sad, and when you add his current financial status to it, the poor treatment of retired players becomes very real.

Mark Gastineau has had to resort to crowd funding to help defray the costs of his medical expenses. Here is the link.

Think about this for a minute. One of the top players our great game put out there in the 1980’s. He held the all-time single season sack record until Brett Favre laid down for Michael Strahan. He holds a career franchise record.

Contrast that to where we are right now. A fan favorite and a football legend now needs to call on fans to help with his medical treatment. What an unfortunate state of affairs. It’s truly heartbreaking.

It becomes truly pathetic that the NFL does not protect its retired players. The league would not be what it is today if not for the players that came before them. That’s a simple fact that the league that prints money faster than the federal reserve simply doesn’t want to acknowledge.

Gastineau should not have to want for anything when it comes to his medical treatments. If someone is doing this poorly, the league needs to find a way to take care of that player. Period.

You want a face of this problem? You got one. Mark Gastineau is the very real example of a very real problem on the NFL’s hands. They need to fix it.