JetsInsider.com > News > Blogs > New York Jets have No Choice But to Air it Out on Sunday 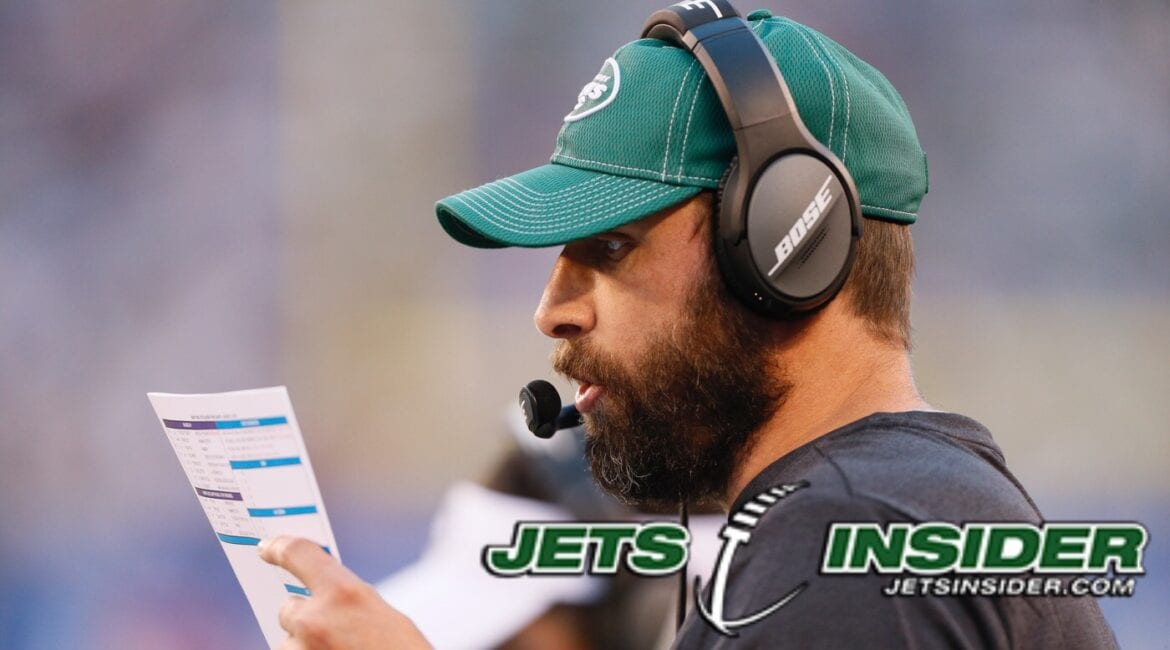 The New York Jets have a big hill to climb to get a win on Sunday. There is only one way for them to get over that hill.

We can talk a lot about how coach Adam Gase has failed the New York Jets so far in the first two games of 2019. 11 offensive points in two games is not going to cut it, especially with a coach that is supposed to be an offensive genius. Frankly, the offense had more life during the preseason that it has had thus far in the regular season.

Game planning has been on the minds of many fans over the last two weeks. Another word is creativity. The offense has been a lot of “dinking and dunking”. We haven’t seen the creative play calling we expected based on the reputation of Adam Gase. Even when Sam Darnold was in the lineup they didn’t take a lot of shots. Funneling the offense through Le’Veon Bell and check down passes have been the name of the game.

This week the Jets head up to Foxboro to face the New England Patriots. So far, Brady’s bunch has outscored their opponents by a margin of 76-3. Needless to say it’s going to be tough for Luke Falk and the Jets. Now, we go back to the point of game planning. We could talk all day about how the “guru” has to become more creative. The ironic part is that it doesn’t take a guru or even an expert football fan to realize that the Jets have to open the playbook and air it out a bit this week.

Why? Because the Patriots will force it.

Since coach Bill Belichick took over the Patriots, he has had a simple plan that is tough to beat. He takes away your best option and makes you win with secondary weapons. Look at 2019 for example. Week one they faced the Pittsburgh Steelers. That night, John Conner carried the ball ten times for a total of 21 yards. Juju Smith-Schuster managed six catches for 78 yards, but he only averaged 13 yards per catch and never saw the end zone. He wasn’t allowed any big plays. Bill took away their best weapons and the Steelers couldn’t respond.

In week two they faced a bad Dolphins team that we all know is tanking. But the numbers still don’t lie. Nobody rushed for over 20 yards. Preston Williams put up 63 yards receiving but nobody else posted over 30 yards. The Patriots do this to everyone.

For his career, Le’Veon Bell has not averaged over 100 all-purpose yards per game. Those numbers were put up when he played on a team with Ben Roethlisberger and Antonio Brown. What do you think is going to happen when the banged up Jets come to town? The Pats will be all over Bell. They will force Luke Falk to make plays with his arm.

They have no choice but to air it out a bit. Why not? The defense is going to make them to that anyway. So prepare for it. Don’t be surprised and have to adjust to it. Put in a game plan with the plays Falk feels comfortable with and can execute. Let him throw it.

If you don’t, you are setting the Jets up to absolutely have no chance. They may not anyway, but Gase must put them in position to maximize whatever chance they might have. I don’t think that is asking too much.