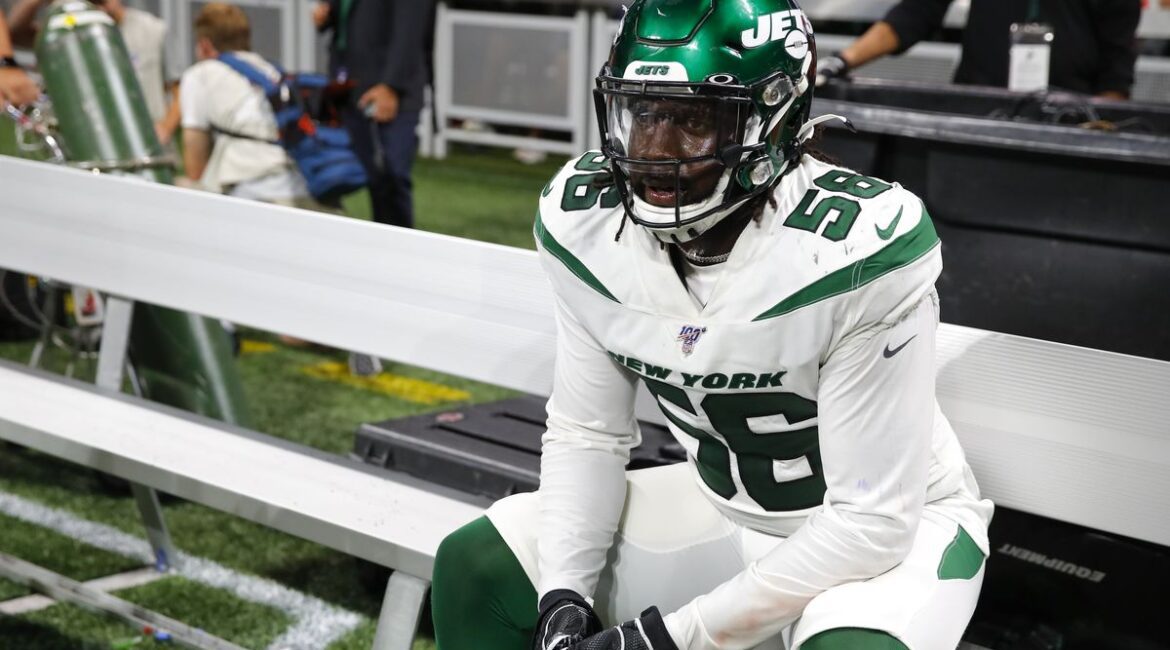 The Jets currently hold the 68th overall pick in the third round of the 2020 NFL Draft. Who has come out of that slot over the past decade?

Yikes. . . I don’t think this man needs an introduction for Jets fans.

Polite was long pegged as a first-round talent, but his stock fell dramatically once the pre-draft process rolled around. Numerous issues arose – interview struggles, nagging injuries, and poor Combine numbers among others. He slid all the way to the third round until the Jets ended his fall at No. 68.

After struggling mightily throughout camp and the preseason, Joe Douglas cut ties with Mike Maccagnan’s third-round pick before the regular season even started. Polite was cut from Seattle’s practice squad a few weeks later and has not latched on to a team since.

Clearly, Maccagnan and the Jets front office did a horrible job of evaluation here. Polite’s freefall was very much warranted and should have dropped him even further.

Reid is arguably the best selection on this list. He has played in 31 of 32 regular season games for the Texans, starting 27. The Stanford alum has collected 166 tackles, 10 pass breakups, and five interceptions. He has been top-25 among safeties at Pro Football Focus in each of his first two seasons.

Smoot has been a situational player for the Jaguars, playing in 40 games but starting in none of them. He did post six sacks in 2019 after posting none over his first two years.

Redmond never played for the 49ers and has since latched on as a safety with the Packers, where he has played in 17 games (4 starts) over the last two seasons. Redmond allowed 8/10 passing for 138 yards, one touchdown, and zero interceptions in 2019 (176 coverage snaps).

Walford played three seasons for the Raiders, yanking in 70 of 115 passes (60.9%) for 768 yards (6.7 per target) and six touchdowns. He spent the 2018 offseason with the Jets, but was cut following the final preseason game. After a short stint with the Colts (no appearances), Walford was picked up by the Jets and played two snaps in Week 17. In 2019, Walford played in seven games with the Dolphins.

Southward is the second-biggest bust on the list after Polite, playing 19 games (no starts) over two seasons for the Falcons and playing in only one game since (with the Panthers in 2017).

The Jets picked up Posey in a 2015 trade-down on Day 2 of the draft. Houston (Mike Maccagnan’s former team) moved up 12 spots from #82 to #70 in order to draft wide receiver Jaelen Strong, and in exchange, the Jets received a fifth-round pick, seventh-round pick, and Posey. He was unable to make the team, however.

Maccagnan used the #82 pick on Lorenzo Mauldin, and the fifth-round pick (#152) on Jarvis Harrison. The seventh-round pick was traded to Jacksonville so the Jets could move up one spot from #104 to #103 in the fourth round, where they selected Bryce Petty.

Sheppard is the most accomplished player on this list with 107 games played and 64 starts, dialing up 429 tackles. He only played two seasons in Buffalo before moving on to play for Indianapolis (one season), Miami (two seasons), the Giants (two seasons), and Detroit (one season). He has not been a member of a roster since last playing for the Lions in 2018.

Asamoah was a nice value for the Chiefs, playing in 70 games and starting 56 at right guard over his four seasons there. He started 15 games for the Falcons in 2015 but has not played in a game since.