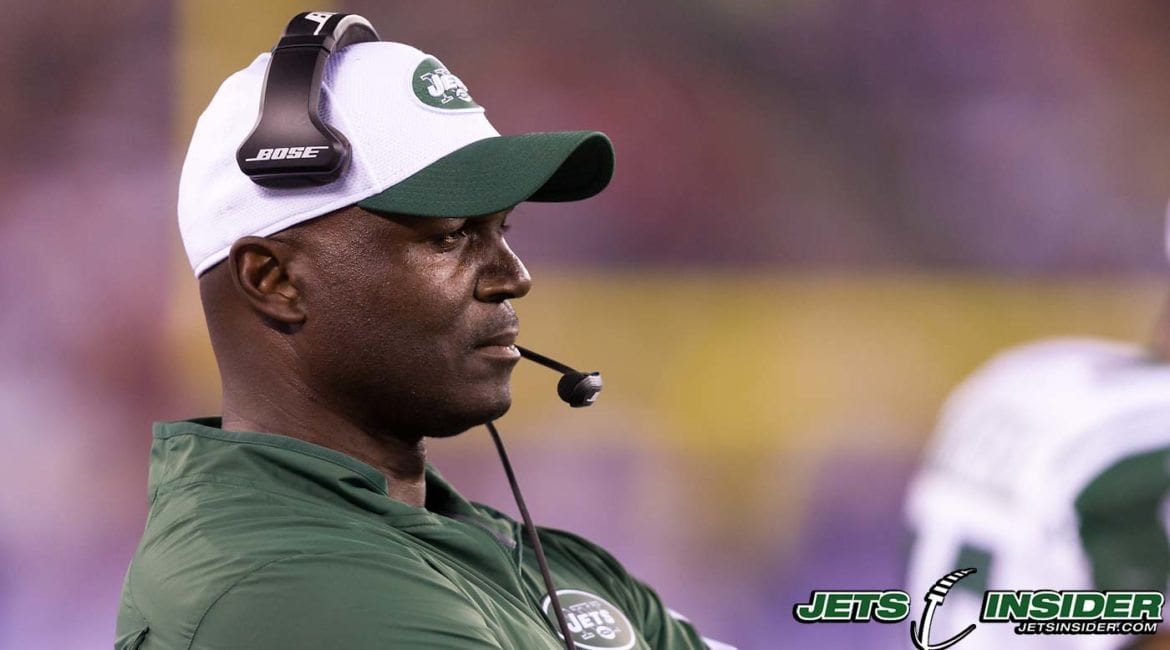 On a muddy Hard Rock Stadium field the Jets lost to the Dolphins 13-6. The field didn’t look as bad as pregame reports might have indicated, but it was certainly been bad enough to impede offenses. The two teams combined for 15 punts, tied for third most in any game in NFL history. Today was a battle of two bad offenses going at it to see who sucked less.

The Dolphins were able to get the ball moving a bit with their talented tandem of running backs in the first half. Frank Gore pounded the football up the middle on the earlier downs, and Kenyan Drake finding holes in coverage on third and short to get open and convert. It worked well in the first half before the Jets stepped up the intensity.

It was an afternoon riddled with basic mistakes for the Jets. Spencer Long had multiple bad snaps in shotgun, and this is something that he has struggled with all year. It is raucous that a center in the NFL is struggling with the snap. It cannot do your rookie quarterback any favors to also have to think about whether or not he is going to have to jump up and get a snap gone awry. Long should have been benched well before his negative impact resulted in the game deciding pick-six, and that reflects terribly on Todd Bowles’ ability to make in-game adjustments.

The Jets offense as a whole looked directionless and played a passionless, low tempo game. When the offense was coming out of the huddle, at times they looked like they were in a death march.

Losing so many talented offensive weapons in previous weeks would be tough for any locker room, but the way the offense carried themselves on Sunday gave themselves no chance to win. Normally teams would look to their quarterback, but Sam Darnold is so cool, people sometimes question whether he has a pulse. They need someone who can do more than lead by example. Darnold is also only a rookie, and should be focused on becoming a better quarterback, not necessarily leading the team. The Jets need a veteran besides Jamal Adams to step up and be a leader, preferably on the offensive side of the ball.

Darnold had many “rookie” moments today. He had multiple horrendous throws, and never looked comfortable in the pocket. When the pressure came, he froze up and took the sack. Not something you want to see out of a capably mobile quarterback.

The Jets receiving core was unable to do Darnold any favors, and Robby Anderson and was clearly not at 100%. Quincy Enunwa looked like he was closer to being healthy, but Darnold was not looking his way for most of the game.

Darnold targeted undrafted rookie Deontay Burnett twice in the first half, resulting in an an incompletion and an interception by Kiko Alonso. Alonso faked a blitz and dropped back into coverage where he made the easiest interception of his career, right in his chest. The same thing happened later with T.J. McDonald, who also received a ball to the chest and an easy interception. The Dolphins dropped two would-be interceptions, but Darnold still finished with four interceptions, two of which can be chalked up entirely to bad decision making.

Like the last time these two teams met, the Jets were utterly unable to get the run game started. Isaiah Crowell was the leading rusher with only 49 yards. Brian Winters and the interior line struggled with the Dolphins front seven, in particular Akeem Spence, who had two sacks and two tackles for loss.

Crowell looked like he was making the right cuts, but there was rarely enough room to take runs to the next level. Elijah Mcguire looked good in his first game back, going for 67 yards from scrimmage, and will be integral in filling the hole Bilal Powell left with his neck injury in coming weeks.

Defensively the Jets played superb, but looked out-coached. When the Jets had them in third-and-long, Adam Gase seemed to know exactly what to dial up to beat the coverage. Most of the time it was simply zone busting short routes to Kenyan Drake or a slot receiver. Last time these teams met late in the game on a third-and-19 it was Frank Gore took a short pass upfield for a first down. Similar scenarios, seemingly zero change.

In the end it didn’t matter how the defense played, the Jets mistakes were insurmountable. The defense was absolutely stifling, allowing only 29 yards of offense in the second half. After an ugly loss like this, where the offense is incapable of doing much of anything, change is necessary.

Todd Bowles’ was on the hot seat coming into the week, and a reasonable outcome of a game like this would be for him to lose his job. Unfortunately for the Jets, defensive coordinator Kacy Rodgers has been fighting an undisclosed illness, and Jeremy Bates may also be getting the hook. So if they fire Todd Bowles, who will they be giving the reins too? That could be his saving grace.

The Jets will hope to avoid falling to 3-7 next week at Buffalo, and they might have a very different feel to them this time next week.