JetsInsider.com > News > Blogs > Petty up for the challenge in tight QB Race (VIDEO)

Petty up for the challenge in tight QB Race (VIDEO) 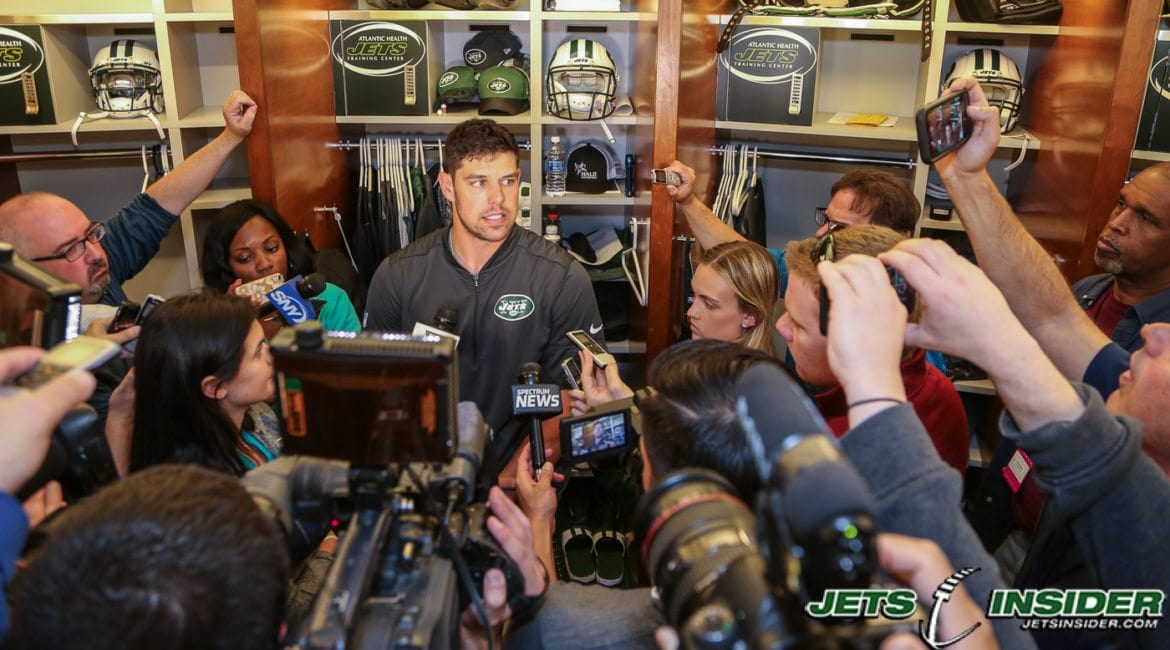 FLORHAM PARK, NJ – As OTA’s continue, the largest question looming for the rebuilding Jets is at the Quarterback position.Who is going to be the starting QB heading into the season? How long will Todd Bowles stay with the winner if he struggles early on in the regular season?

The battle sees 37-year-old Josh McCown competing against second-year pro, Christian Hackenberg, and three-year pro, Bryce Petty. For Petty, his career in the NFL has been met with uneven optimism.

Coming out of Baylor, the word on Petty was that he needed several years on the bench to learn the pro game and learn the playbook. Thrust into playing last season, Petty’s numbers showed someone who was not ready to be a quality starting QB just yet.

In his 4 starts last season, Petty went 1-3 while completing 56% of his passes and throwing three touchdowns to seven interceptions. His QBR was at a rough 19.4 while his rating was at a rocky 60. His season ended in Week 16 after a Torn Left Labrum put Petty on injured reserve. Of Petty’s six appearances from last season, five came against teams with a below average secondary according to Pro Football Focus.

Speaking to reporters after OTA’s on Wednesday,  Petty spoke about last season as a chance to learn from his mistakes. As the Baylor product put it “That’s part of growing up and maturing.”

In the early stages of OTA’s, it is apparent that Petty is the underdog in this QB Battle. Working with the third team in drills, Petty did not make the most of his limited chances on Wednesday, unlike Hackenberg and McCown who both showed signs of improvement in their drills.

McCown has worked with the first team in OTA’s and has proved the part of a journeyman quarterback. Cristian Hackenberg has shown off his cannon arm but will be learning his second offensive playbook in two seasons. Petty, on the other hand, is coming back from a serious arm injury that puts him behind the eight ball.

Being an underdog in this situation has not shaken Petty’s confidence however when he was asked what he thinks he needs to do to win the job.

“I don’t think I have to show anything I just have to stay constantly consistent day in and day out.”

In Petty’s case, the current quarterback battle going on in camp is a chance to get better regardless of his past injury and underdog status.

“There’s positive competition and that is what you want. If anything, by the end of this process I’m going to get better than I was in my first year and second year so I like it.”