JetsInsider.com > News > Blogs > He’s Not an Edge, But Quinnen Williams Is a Pass Rusher

He’s Not an Edge, But Quinnen Williams Is a Pass Rusher 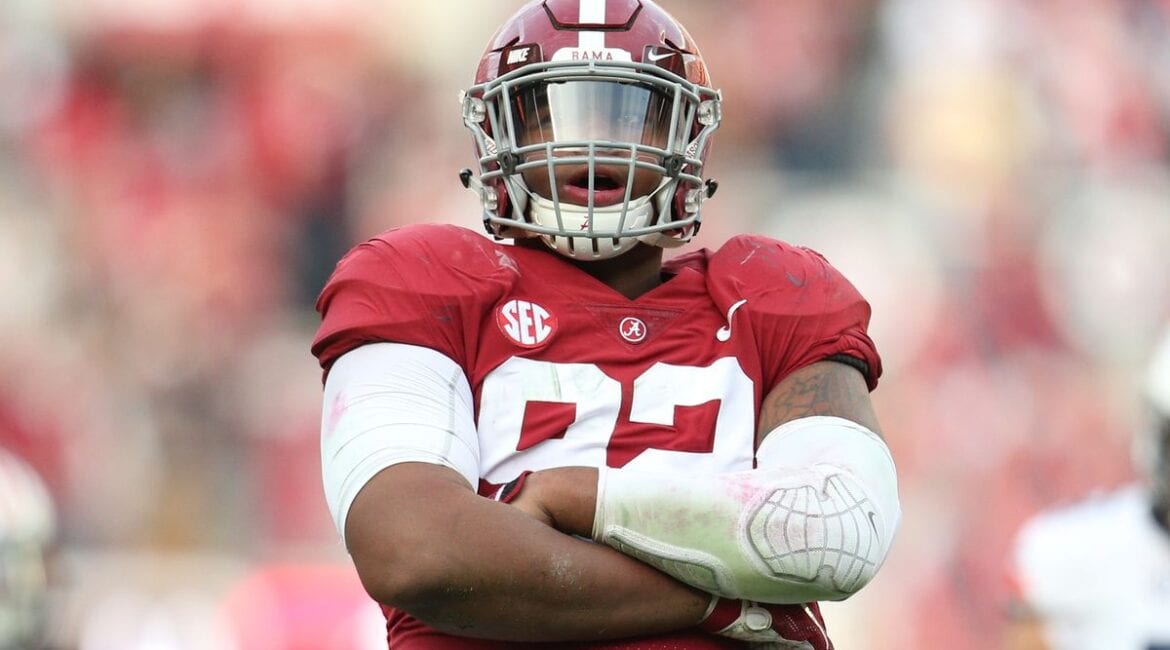 Florham Park, NJ – Jets fans have wanted an edge pass rusher since John Abraham left to play for the Atlanta Falcons, they didn’t get their edge rusher tonight but the absolutely got a pass rusher in Alabama’s Quinnen Williams, and a potentially dominate one at that.

They say there’s more than one way to skin a cat, though no one has ever been able to explain to me why you would want to skin a cat, and there’s more than one way to rush the passer. This idea that you can only rush the passer from the edge is silly, in fact the shortest distance to the quarterback is from the inside and any quarterback will tell you pressure up the middle, right in their face, is harder to deal with than pressure from the edge.

When asked what his greatest strength is Williams said, “My biggest strength is converting speed to power, I can get after the pass rush but also I can stop the run.” This isn’t just a run-stuffing defensive tackle that will have to come off the field on third downs, this kid’s strength is in getting after the quarterback he just also happens to be able to stop the run.

Jets General Manager, Mike Maccagnan, knows fans and most reporters had the Jets picking an edge rusher, but he’s just happy to get an actual, honest to goodness pass rusher. When asked about not addressing the edge Maccagnan said, “I think really with the pass rush, you know obviously everybody focuses on the exterior, the edge rusher, but in the same breath it’s good to have good pass rushers on the interior too.”

Now they have a quality pass rusher on the inside, a player quarterbacks won’t simply be able to step up in the pocket to avoid, the next step to completing an absolutely dominate pass rusher will be to find an edge rusher. But teams need both to be truly dominate.

Williams is a special talent, a physical freak with great speed and an insane amount of power and on top of that he has excellent technique and fundamentals that the Jets hope to continue to mold and build upon.

“When you look at any player, you look at what they are in terms of their physical talent, their ability, their technique (and) you look at things that they can improve upon. But again, when you watch him the big thing that shows up a lot of times are his hands and how he uses his hands as a pass rusher and he did it consistently versus some very good players, we thought, that are in the draft this year and obviously some young players too,” Maccagnan said. “We were very impressed by his ability, but I think there’s still some potential to develop the kid. When you combine the technique, you combine the instincts, and you combine the athletic ability we think he has the parts and pieces to be a very good player.”

At only 21-years-old (he turns 22 in December) this kid has the ability and the technique to become a special player, an impact player that can wreak havoc in the opposing backfield. He has all the physical tools to go with being a high character player that’s exactly the type of “dawg” Jamal Adams wants on the team.

“Whatever they want me to do, whatever I need to learn, I’m coming to learn,” Williams said. “I’m a great learner and I can do it all. I can play all five positions, so it doesn’t matter where they put me, where the place me, I can do it all.”