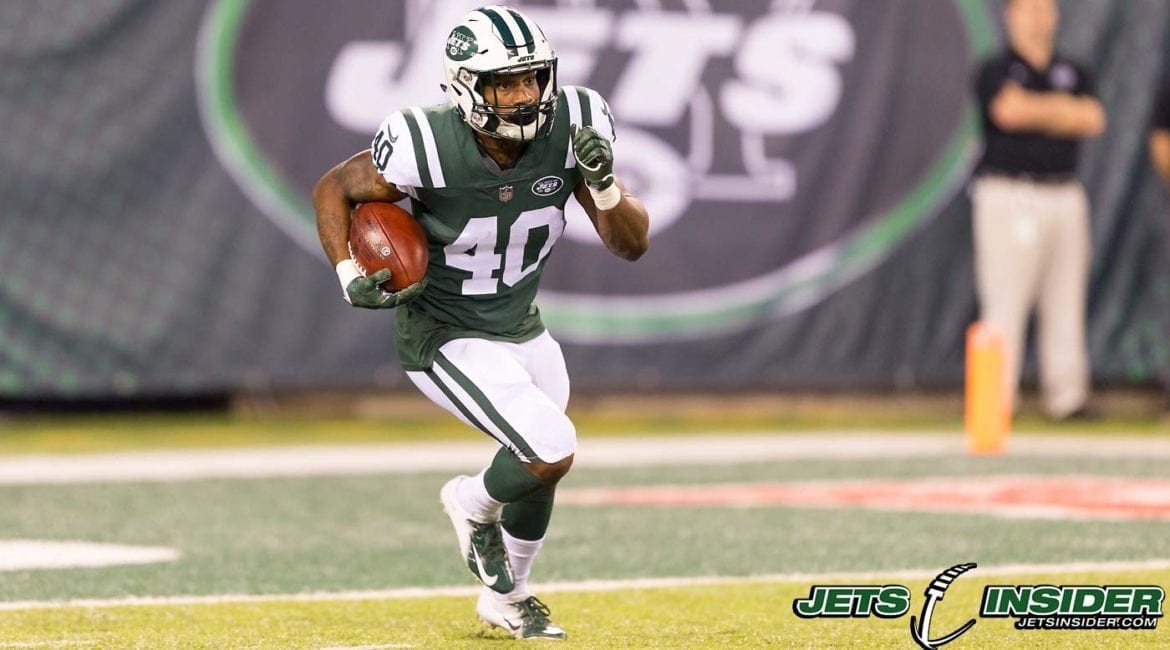 Hardened Jets fans know what time of year it is. While the rest of the season does not matter for playoff implications, there is still football to be played. People are starting to look forward to the draft and the impending $100 million dollar spending spree.

The Jets players have three games left to prove that they can be an asset to a winning roster. Players like Morris Claiborne, Jermaine Kearse, and Robby Anderson, would be wise to start to playing their minds out, or they could be in danger of seeing far less money coming their way.

There are young players on the Jets roster that have not been given a chance to strut their stuff. With Isaiah Crowell out the rest of the season, Trenton Cannon should start to see a lot of touches out of the backfield, unless Elijah McGuire really starts to look like a RB1. He showed he’s an explosive athlete during the preseason, so there’s no reason the two young running backs can’t split carries.

Rashard Robinson appeared in a couple plays in relief of Morris Claiborne while he was injured and almost ended up costing the Jets the game. That should not ruin the 23-year-olds chances of seeing the playing field again, but it might be time to see more of Derrick Jones. He has not been dressed for a game since last season. The 6’2” Jones has long arms and can jump like a basketball player. Another player that was a preseason darling, it’s a wonder why he hasn’t seen more of the field.

Staying with cornerbacks, Buster Skrine likely does not have a place on this roster going forward. The Jets took Parry Nickerson this year to replace the oft-penalized 29-year-old, and Nickerson did not make any glaring errors in his two starts. Nickerson was considered by some to be a steal after falling to the Jets in the sixth-round.

Another thing the Jets should consider is if any of the offensive coaches inside the building have playcalling talent, because the pseudo-Gruden scenario the Jets put themselves in with Jeremy Bates isn’t working. Bates hadn’t called plays since 2010 when Marshawn Lynch had his beastquake run (always worth a watch), so coaches like Rick Dennison (Offensive Line), Stump Mitchell (Running Backs), and Karl Dorrell (Wide Receivers), who all have offensive coordinator experience in the past, might not be worse options.

Jets fans must have wondered “what if?” while watching Anthony Lynn’s Chargers come back against the Chiefs. The Jets cannot allow talent to leave like that, especially when it looks like they’re due for another new head coach.

If they do fire Todd Bowles, he’ll be the first coach since Al Groh to be fired without a playoff appearance. Not great company. But if a system is broken, it’s time for change.

For the Jets that change cannot come soon enough, and that change should be across the board. I’m not saying for them to just throw anyone out there, but it’s time for the Jets to start thinking more like a franchise who just got a young quarterback and have plans for the future. They need to take stock of what they have and see if it is worth keeping, because big change is coming, and the Jets don’t want to waste $100 million dollars in cap space.