JetsInsider.com > News > Blogs > The Ups And Downs Of The Jets Defensive Line

The Ups And Downs Of The Jets Defensive Line 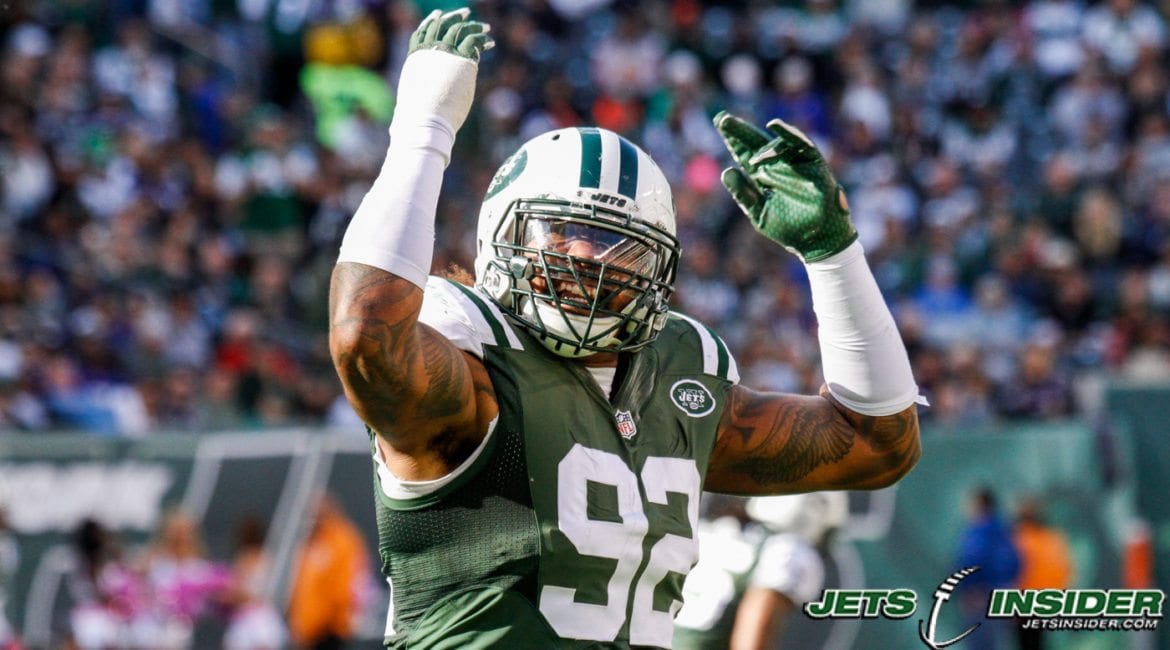 Florham Park, NJ – Jet fans, coaches and players are all looking for answers for the poor start this season. Some point to the offensive line, some to the lack of a defensive pass rush and still some point to the young, inexperienced quarterback. Maybe someone should take a look at the defensive line as well.

New York’s defensive line has lacked consistency as they have gotten off to a rocky start to the 2018 season. So far they have not meshed together as a whole and in each game; different members of the defensive line had to carry the load, outperforming others. Leonard Williams, Steve McLendon, Nathan Shepherd, Mike Pennel, and Henry Anderson have taken reps this season. Here is a look at their performance in each game.

In the first and only win of the season, the defensive line combined for a total of one solo tackle which came from McLendon. All five linemen combined for a total of 151 snaps on the field and Williams led them with 46 appearances on the field. In this game, the Jets linebackers and secondary led the defense into forcing five interceptions. The offense also maintained possession for 33 minutes in the game. Oddly, the Jets blew out the Lions while the defensive line was in held in check.

This was a much different game compared to the one in Detroit. In such a close competition, the defensive line had a great performance.  They racked up a total of nine solo tackles. Williams had five, McLendon had two, and Pennel and Anderson each had one, Anderson also had the only Jets sack in the game which set up a third and long for the Dolphins. The line combined for 142 snap appearances on field with Williams again leading with 49 appearances. You would think this game may have helped jump start the Jets defensive line but what happened next in Cleveland was the opposite.

In this Thursday night matchup, the Jets defensive line pressured Tyrod Taylor every play he dropped back to pass. But when Baker Mayfield came into the game, it was a different story. It seemed like Mayfield had all the time in the world as the Jet’s pressure was basically non-existent. Anderson was the only defensive lineman to register a tackle as well as half a sack. The Browns would win their first game in 635 days on that Thursday. Williams once again led Gang Green with a season high 65 snaps but didn’t record a single stat. The whole line combined for 193 total snap appearances.

In what was the Jets most difficult game so far this season, the defensive line came to play. The Jets defensive line notched nine tackles and two sacks while the Jets were trounced 31-12. Williams finished with four tackles and a sack. McLendon and Anderson each had two tackles and Shepherd recorded his first tackle in the NFL. Anderson also recorded his second solo sack of the season. And for the fourth consecutive game, Williams would lead the line with 56 field appearances. The Jets would lose their third consecutive game.

In total, Williams has been on the field for 216 snaps, McLendon for 124, Shepherd for 122, Pennel for 63, and Anderson for 145. A total of 20 solo tackles have been made by the defensive line and three and a half sacks complement that.

In the Cleveland and Detroit game, the defensive line was non-existent in the stat column. Both games should have been W’s in the win/loss column. When the Jets play a more formidable opponent like Jacksonville or Miami, the defensive line steps up to the challenge. This just reassures the idea that the defense as a whole is not playing in synch. Also, when will Shepherd get it together?

Comparison To The Denver Defensive Line:

Like the Jets, Denver utilizes the 3-4 scheme for their defense. Their left ends are Derek Wolfe and Zach Kerr, the right end is Adam Gotsis, and their nose tackles are Domata Peko Sr. and Shelby Harris. They have recorded no sacks so far this season but have racked up 36 total solo tackles, nearly twice as much as the Jets. Peko Sr. leads this group with a total of nine tackles. The Broncos have let up 375 rushing yards this season, the ninth most in the NFL. If the Jets have any chance of winning on Sunday, running the ball effectively is what needs to be happening to get past this line.