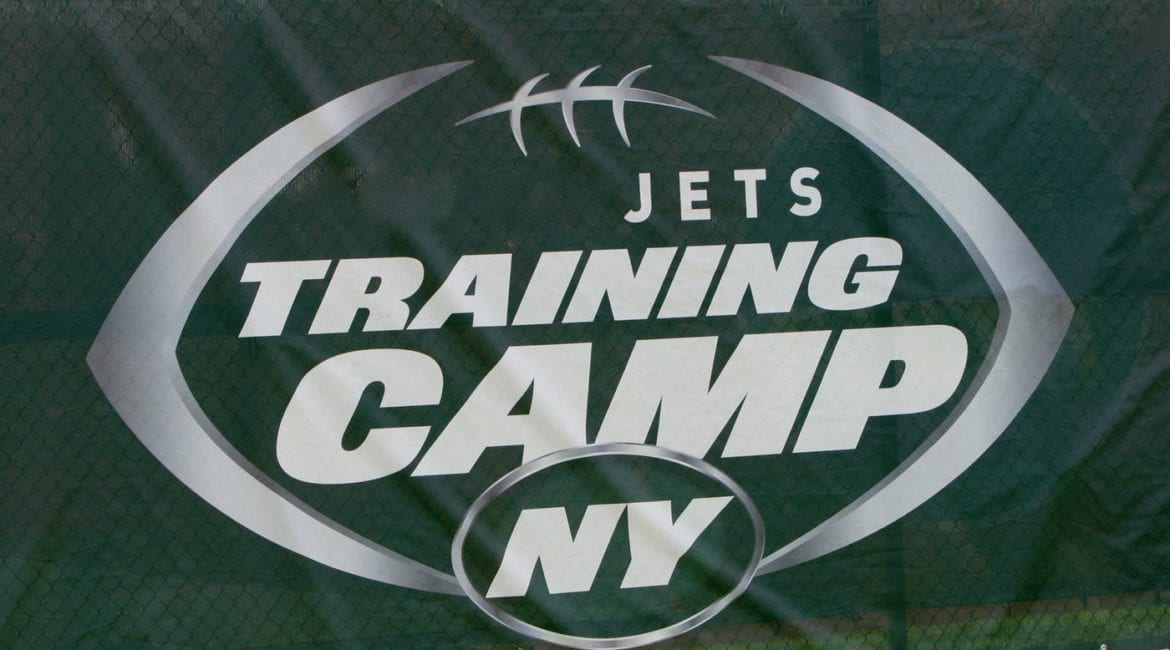 Florham Park, NJ-July 29th marked the beginning of a five-month journey as the New York Jets opened training camp. There were some familiar faces (Muhammad Wilkerson, Sheldon Richardson, Quincy Enunwa) as well as some new faces (Lucky Whitehead, Marcus Maye, Jamal Adams). All 90 players on the roster came together with one goal in mind: win games. For inspiration, the team placed their only Lombardi trophy from the 1969 Super Bowl right by the locker room, encouraging the team to work towards something. Here’s what stood out on day one of training camp.

1. Rush Defense Does Its Job

Any team that attempts to run the ball against the Jets will find it rather difficult. The defense gave Matt Forte and Bilal Powell trouble play after play. There were very few rushes either Powell or Forte gained a bunch of yards on the ground. They were met time and time again at the line of scrimmage by the defensive line. If the rushing defense puts up performances like this during games, it will put opponents in 3rd and long situations where they have no choice but to throw.

If having a solid rushing defense wasn’t enough, the Jets have a solid pass defense to add to the team. Morris Claiborne continued his strong performance from mini-camp into training camp by tallying an interception and forcing incompletions. Jets fans can expect Claiborne to line up against opponents’ top targets, but who will be the second-string cornerback remains to be decided. Marcus Williams made a strong case for second-string cornerback by picking off a pass and returning it for a touchdown.

3. Tempers Flare on Day One

It’s understandable that after months of relaxation, a player is eager to hit someone hard, especially when he’s trying to make an impression on the team. However, that player should be ready for consequences from other teammates. After all, it’s only the first day of training camp, there’s always a risk of injury. Someone forgot to tell that to Morris Claiborne. After Robby Anderson caught a pass from Bryce Petty, Claiborne wrapped him up and brought him to the ground. Anderson didn’t react to the tackle, but Matt Forte gave Claiborne a shove for the tackle. Other Jets players got between Forte and Claiborne to keep them apart until they calmed down. This is only the first fight of training camp, but hopefully they’ll be kept at a minimum.

The Jets continue training camp on Sunday, check back to JetsInsider.com often for all the latest updates!