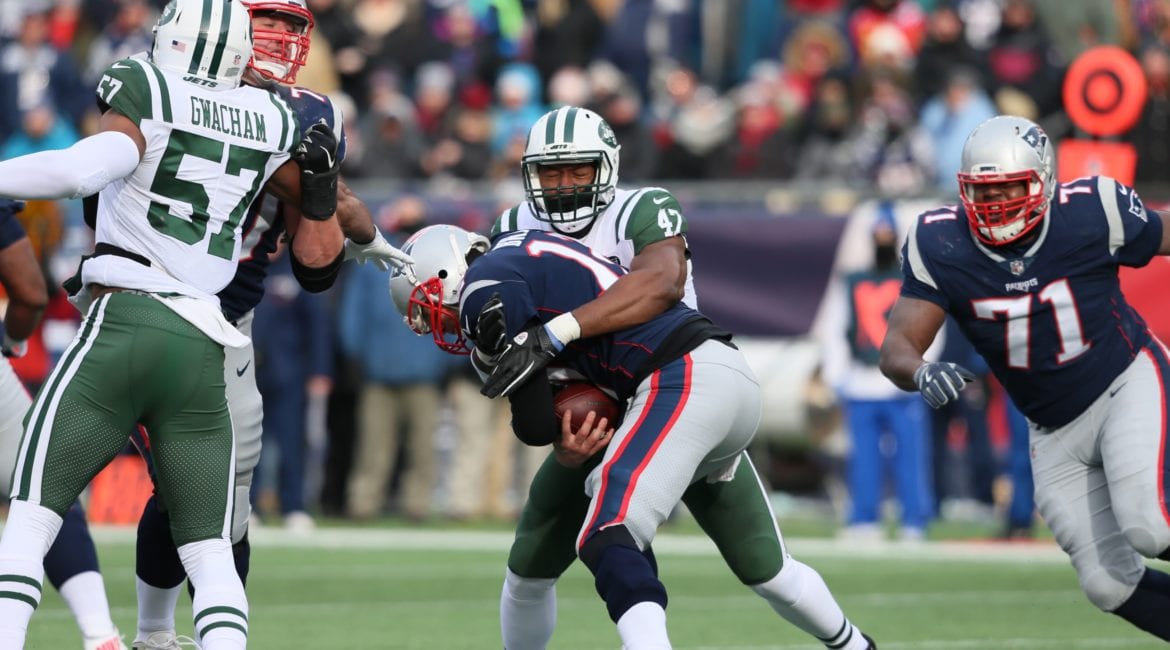 Foxborough, MA – What was a bad season for the New York Jets ended on the lowest of notes, a 26-6 defeat at the hands of divisional-rivals New England Patriots.

The Patriots dominated the Jets from the opening kickoff. Dion Lewis led the way offensively as he rushed for 25 yards. Helping him out through the air was Danny Amendola, who caught four passes for 43 yards. The 5 and a half minute drive was capped off by Lewis, who ran three yards into the end zone for a touchdown. The Jets put together their own drive down the field late in the first quarter, thanks to Bryce Petty finding Jermaine Kearse for 22 yards then Neal Sterling for 15 yards and also Bilal Powell for rushing for 24 yards. The drive stalled out at the Patriots’ 30-yard-line, forcing the Jets to settle for a three points by Chandler Cantanzaro. The first quarter ended with New England out front, 7-3.

The defense for both teams were doing their jobs, forcing the offenses to go three-and-out, leaving some to wonder who would blink first. It was the Jets who blinked, as the Patriots put together a four minute, 23 second drive, capping off with Brady connecting with Brandin Cooks for a 5-yard touchdown. The pass was Brady’s 550th career touchdown. It only got worse for the Jets before halftime as the Patriots drove down the field again and with 20 seconds left, Lewis rushed into the end zone for his second score of the game. The Jets headed into the locker room down 21-3.

The biggest improvement for the Jets was defense in the second half, limiting the Patriots to three offensive points, a 21-yard field goal by Stephen Gostkowski with just over a minute and a half to go in the third quarter. But the offense couldn’t make similar adjustments, as they went three-and-out on five straights drives. A safety in the fourth quarter summarized how discombobulated the offense was not only throughout the game, but throughout the season as well.

The Jets (5-11) will get ready for the off-season, potentially make some new additions to the team.

The Patriots (13-3) have a first-round bye and will wait to see who they host in the AFC Divisional Game.