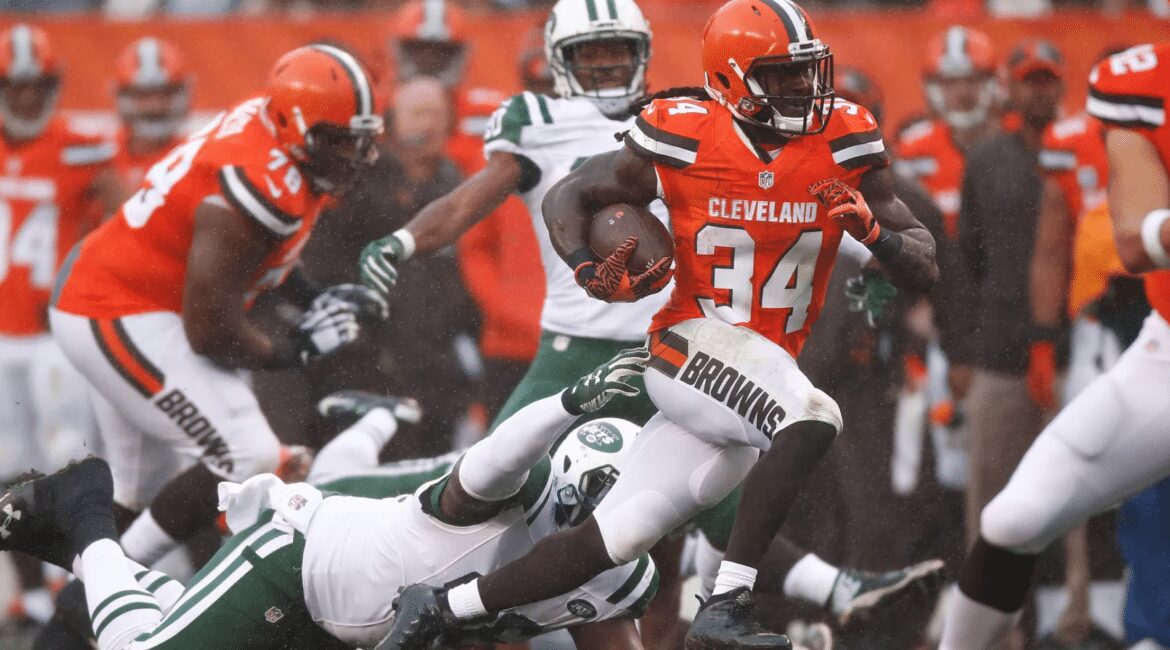 It’s going to be a quick turnaround and back to work for Gang Green this week as they face the Cleveland Browns on Thursday Night. The Browns enter the game with a record of 0-1-1 after a 21-21 tie with the Pittsburgh Steelers and a 21-18 loss to the New Orleans Saints.

Cleveland, a team not to be taken lightly could have easily been 2-0 today. During the dying seconds of overtime in the Steelers game, Browns kicker Zane Gonzalez had a field goal blocked cementing the tie. Against the Saints, Gonzalez missed two of his four field goals and both extra point attempts. If he converted in either game, the Browns would have had their first win of the season.

The Browns have a new look to the team after acquiring some quality players in the off season. Quarterback Tyrod Taylor joined the Browns from the Buffalo Bills after being traded in March. Cleveland also added wide receiver Jarvis Landry from the Miami Dolphins who is a three-time Pro Bowler reaching over 1,000 yards twice in his career. Other free agent acquisitions include running back Carlos Hyde who previously played for the San Francisco 49ers. He is currently the Browns starting running back.

With the first overall pick in the draft, the Browns selected quarterback Baker Mayfield who isn’t starting but will hopefully be the Brown’s franchise quarterback in the future. Cornerback Denzel Ward was also selected in the first round with the fourth overall pick and so far has 12 tackles and two interceptions this season.

Two noticeable subtractions from the Browns roster include left tackle Joe Thomas and wide receiver Josh Gordon. Thomas is a 10x Pro Bowler and seven-time All-Pro player who played on over 10,000 snaps for Cleveland. Josh Gordon was recently traded to the New England Patriots on Monday in exchange for a fifth-round draft pick. Gordon was a Pro Bowler and led the NFL in receiving yards in 2013.

This is the fourth consecutive season in which these two teams are meeting. The Jets have won the previous four meetings and are currently on a five-game winning streak against the Browns. Here are some more details about Thursday Nights matchup.

CONTAIN TYROD TAYLOR: Tyrod Taylor is a dual-threat quarterback that doesn’t get a lot of praise around the league. When it comes to throwing the ball, Taylor has decent accuracy as he has completed roughly 62% of his passes in his career. However, this season he is out to a shaky start only completing 53% of his passes. In terms of his rushing stats, Taylor has racked up 103 yards on 12 attempts. We saw Dolphin’s QB Ryan Tannehill last week fake handoffs to the back and run for some big gains against the Jets defense. If the Jets can contain Taylor by bringing a safety into the box or assigning a spy to cover him, he will be forced to throw the ball more which has been his Achilles heel this season. All eyes should be on him this week.

WATCH OUT FOR DEEP PASSES: The Browns still have weapons at the wide receiver position even with the departure of Josh Gordon. Jarvis Landry, Rashard Higgins, and Antonio Callaway have given the Browns some solid options for the long ball. In their game against the Saints, Browns wide receiver Antonio Callaway caught a 47 yard pass from Tyrod Taylor in the end zone for a game tying touchdown in the last minute of the game. Against the Jets, the Dolphins didn’t connect on any deep balls as the Jets did a great job in pass coverage to break up plays. In what could be a close game, the Browns may try to air it out with some deep passes.

OFFENSIVE LINE NEEDS TO GEL AGAIN:   After the excellent performance against Detroit, the offensive line was a big disappointment against the Dolphins. Sam Darnold was sacked three times and was pressured for a majority of his snaps. Also, the offensive line did not open holes for the running backs as they only gained 41 yards on 17 attempts. The Jets defense held the Dolphins to zero points in the second half and if the offensive line would have provided Darnold more time, the Jets wouldn’t have settled for field goals, possibly completing a comeback.

X-Factor: As mentioned before, the Browns could have been 2-0 if they converted on missed field goal opportunities. The Browns cut kicker Zane Gonzalez on Monday and signed rookie kicker Greg Joseph to replace him. If Joseph proves he can be reliable, then the Jets will be in a close battle and it may come down to the kicker to win it. Joseph has not seen any regular season action yet so he’ll make his debut on Thursday.

Prediction:  NY Jets 20, Browns 17 – Thursday will likely be a tight game between these AFC clubs. The offensive line will be crucial, especially since Myles Garrett is on the other side of the ball and is a terrific pass rusher. If the Jets can provide good pass coverage, minimize turnovers and keep Tyrod Taylor from rushing with the ball, the Jets should be able to come away with their second win of the season.

Hold Your Happiness Wins Over The Scrubs Losses To The Elites Nothing New Here,Jets Buccs Preview Holding The Fort The Key For Clemens,A Little Bit Of Rain On The Parade,Jets Run All Over The Colts In 35 9 Win,Nick Folk Named Afc Special Teams Player Of The Week,New York Jets Three Observations Thursday Night Against Giants,Great Expectations Jets Are Silencing Doubters,Jericho Cotchery Reflects On The Old And New,Tannenbaums Comments Mark Final Preseason Workout,Game Preview Jets 0 1 Vs Browns 0 1