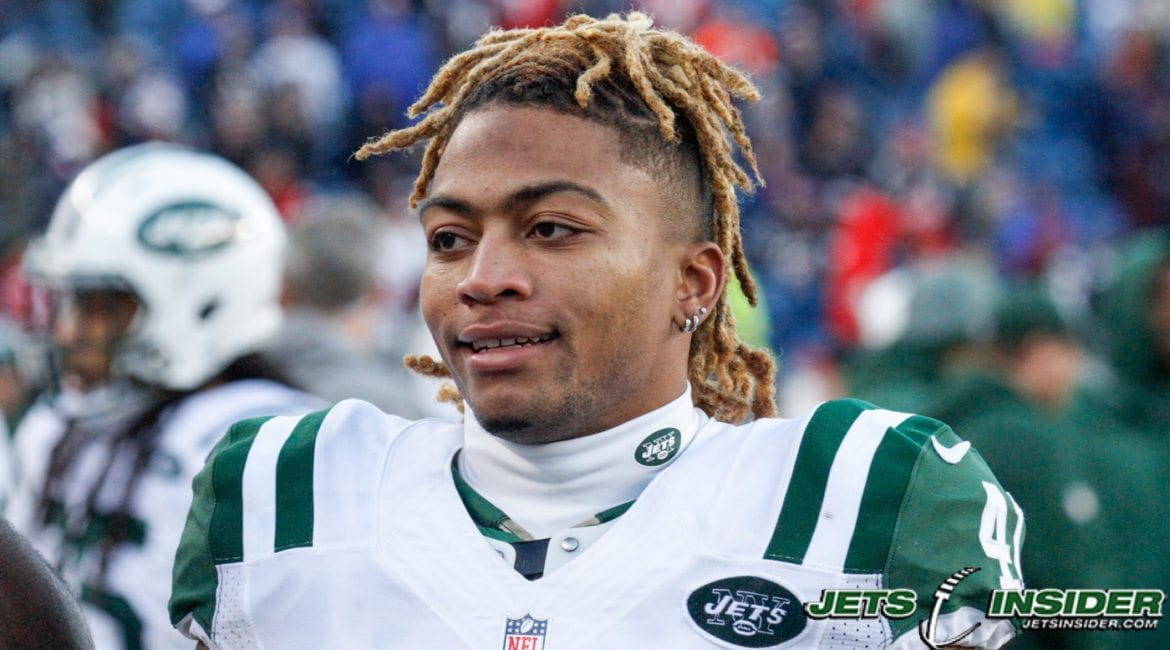 The last time Buster Skrine was on the turf of FirstEnergy Stadium, it was Week 15 of the 2014 regular season. His Cleveland Browns, in the midst of a two game losing streak, was embarrassed at home by the 9-4-1 Cincinnati Bengals, 30-0. It wasn’t a fun experience.

What made the situation even worse was his team dropping six of their final seven games after starting the season at 7-4. Skrine will never forget that bitter taste in his mouth.

“When I left, we were first in the AFC North then lost the rest of our games,” Skrine said. “It’s the first time going back and playing in Cleveland, so it’s pretty cool. But, I’m just going to treat it like every other game.”

Last year the cornerback missed the opportunity to face the team that drafted him in the fifth round of the 2011 NFL Draft. New York visited Cleveland in Week 8 but Skrine was injured. Had he been healthy, Skrine would have loved to experience the atmosphere again.

“One thing about Cleveland, its loud,” he remembered. “Every third down, on defense, it’s always loud. Cleveland’s got some loyal fans… we do too. But it’s just a different atmosphere.”

Skrine’s tenure with the Browns had its ups and downs. He showed versatility, whether starting or as a nickleback corner. And in his final two seasons, the corner started 31 of 32 games, stepping up during Justin Gilbert’s struggles and became a reliable man in the secondary. In 2014, Skrine finished tied for eighth in the NFL with a career-high four interceptions and finished tied for fourth with 18 passes defensed. The corner also proved his tackling ability as he finished sixth on the Browns with 66 tackles, including 55 solo.

The Jets go into Cleveland winners of two straight, looking to be over the .500 mark for the first time since January 3, 2016. With the Browns a hapless 0-4 to start the year, Skrine’s team knows not to take anything for granted. They’re not good enough, yet, to start guaranteeing victories. Besides, even at 0-4, the Browns offense poses a difficult threat.

“They’ve got a good offense,” Skrine said. “Duke Johnson (Jr.) is their biggest threat, Kenny Britt has a big body. When he’s on, he’s really on.”

Luckily for Skrine, Britt hasn’t been on. That can be a good thing or a bad thing. Take it however you may. Either way, Skrine will look to continue his strong start to the season. As a unit, the Jets secondary is ranked seventh in pass defense, allowing less than 200 yards per game (194.8).

While Britt’s inconsistencies benefit Skrine and the secondary, Johnson Jr. can be considered as much as a factor as Isaiah Crowell. Johnson Jr. has shown explosiveness in the past but Crowell leads the Browns with a 134 yards rushing. Yes, you read that right.

New York will be without Kony Ealy – one of their biggest surprises on the defensive line this season, which should impact the run-stopping unit. But, Skrine believes his team had a “good week of preparation” and will be ready to make his return to Cleveland much more memorable than his last trip.