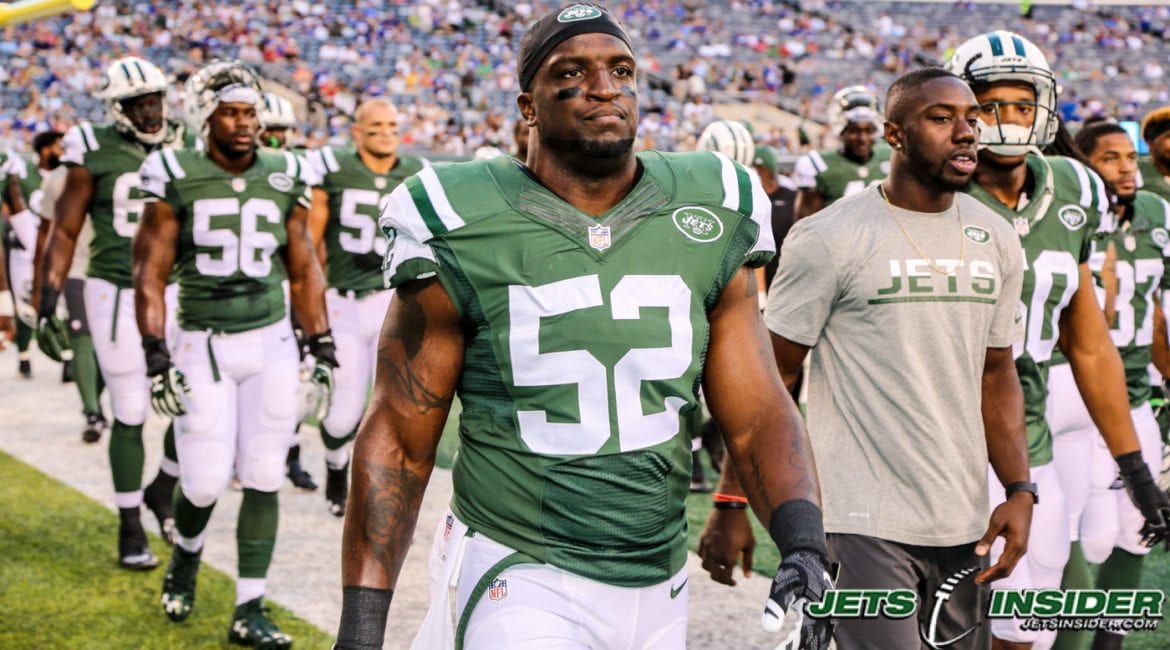 FLORHAM PARK, NJ – In a move surprising to some and not so surprising to others, the Jets continued their youth movement by cutting 10 year starting LB David Harris.

ESPN’s Adam Schefter tweeted this morning that the cut was coming and this afternoon confirmed that Harris had indeed been released.

When the Jets traded S Calvin Pryor to Cleveland last week to re-acquire LB Demario Davis, there was chatter that the 33 year old Harris may be on the chopping block.  But with 10 years under his belt and still seemingly a lot in the tank, the move seemed a bit far fetched. Harris was due to make $6.5MM this season which is not a huge number for a LB of his caliber. Jets GM Mike Maccagnan obviously had a different opinion.

During Coach Todd Bowles’ presser today at the last team OTA practice open to the media, he said the move was an “organizational decision”. He added that the team tried to re-negotiate Harris’ salary but the two sides could not come to amicable terms.  He also said that making the decision was “not an easy time”.

The move saves all of Harris’ $6.5MM against the salary cap and further reinforces that the team is dedicated to getting younger and no one is safe.

As per Schefter, Harris’ agents were not happy how the Jets handled their client’s release as posted below.

I can’t say that I disagree.

Check back often for more on this breaking story!